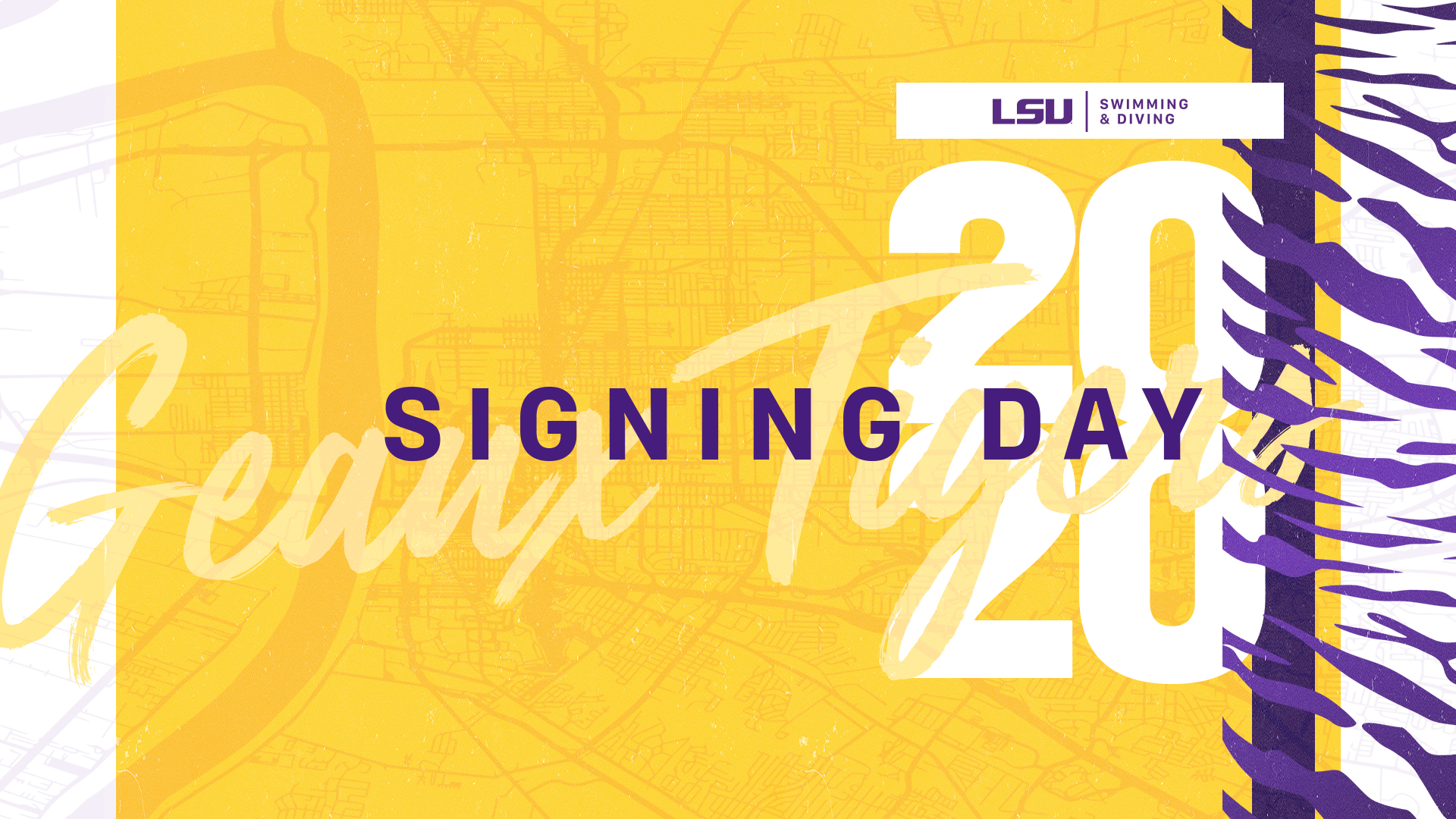 BATON ROUGE – The LSU Swimming and Diving Team announced the signing of 13 athletes for the class of 2021. The class includes 11 swimmers and two divers.

“Obviously recruiting during a pandemic has its obstacles,” said LSU head swim Dave Geyer. “I was thrilled at how our staff made adjustments through the process as we built this class up through the spring and summer in addition to the commitments we got last fall. There are some added pieces we look forward to having in addition to this class as well for 2021.”

Ramey will make the trip to Baton Rouge all the way from Jacksonville, Florida. She does her club swimming with Bolles School Sharks and will give the Tigers added depth upon her arrival. She finaled in the 200 IM at Greensboro Futures this past summer. This past winter, she raced in three events at Juniors East before winning the 200 IM bronze medal at the Florida Spring Championships. Ramey is a five-time Florida 1-A State Champion and is a USA Swimming Scholastic All-American

Maoz will make the long trip from Oregon to the Bayou State. She is a four-time Oregon 5A State Champion. She won the 100 Breast as freshman and sophomore and also grabbed a silver medal in the 100 Fly in 2019. During the summer of 2019, she swam both backstroke events at Junior Nationals, before finishing eight and 11th in the breaststroke events at the Federal Way Sectionals. Maoz will add great depth for the Tigers’ breaststroke group while wearing the purple and gold.

Curry is a USA Swimming Scholastic All-American. Curry qualified for the finals in the 50 Free at the 2019 Speedo Winter Junior Championships in December of 2019. At that event, she led off the 200 and 400 Free Relays, and swam a lifetime best in the 400 Relay with a time of 50.37. Curry, from Georgia, will be a great addition for the Tigers in all sprint freestyle events.

Pawlaski will head south to Baton Rouge from the state of 10,000 lakes. She was the 50 Free runner-up at the 2019 MSHSL AA State Championships after swimming a time of 23.28. She clocked a lifetime best of 55.17 in the 100 Fly at the Championships, swam the butterfly leg of the medley relay and anchored their 400 Free Relay, swimming a 51.72. This past December, she competed at the 2019 Winter Junior Championships where she swam a 23.45 to finish 32nd in the 50 Free. She will be a great addition to the sprint group for the Tigers.

Bridges will head to Baton Rouge from North Carolina. She is a two-time North Carolina State Champion in the 100 Fly, after swimming a 55.84 in 2019 and 54.52 this past February. At the 2019 YMCA SC Nationals, she finished in the top-12 in the 200 Fly as well as the 1000 Free. She won the 1650 Free at the South Carolina Senior State Championships and placed fourth in the 200 Fly. Bridges will make an immediate impact for the Tigers upon arrival.

Sweeny will make the trip west to Baton Rouge from Georgia. She was the 200 Free runner-up at the 2020 Georgia 6-7A State Championships after swimming a 1:51.30. She also placed third in the 100 Fly with a time of 55.36. This past winter, Sweeny scored in the 200 Fly with a lifetime best 2:01.02 at the Speedo Winter Junior Championships. She is looking to make a huge splash upon her arrival to the LSU Natatorium.

Caracas will make the trip to Baton Rouge from Mexico. She has been representing Mexico internationally for the past 3 years and her most recent competitions were WJSC in Budapest and Pan American Games in Peru. She is a two-time FINA World Junior Championships qualifier and will look to boost the distance freestyle group for the Tigers.

Hausdorf will be the third Tiger making their way from Georgia to Baton Rouge. He is a four-time Georgia 6-7A State Championship Finalist. He finished in third place in the 200 Free and fifth place in the 100 Free as a sophomore. As a freshman, he placed second in the 100 Free and fourth in the 200 IM. This past winter, he earned three silvers and a bronze at Georgia SCY Seniors before notching five top-10 finishes at TYR Junior Nationals. He will add valuable freestyle depth for the Tigers during his career.

Toepfer will make the long trek from Massachusetts to Louisiana. He swam to a third place finish in the 200 Back at the 2019 YMCA LC Nationals in the summer of 2019 with a time of 2:06.67. He also finished in sixth place in the 100 Back and seventh in the 100 Free at the event. In the winter of 2019, he won the 100 Back at the New England Senior Championships. The Tiger coaching staff is excited for Toepfer’s LSU career.

Rogers will make the trip to Louisiana from Colorado. He finished seventh as a sophomore in the 500 Free at the Colorado 5A High School State Championships. The year before, Rogers finished sixth in the 100 Fly as a freshman at the 4A State Championships. This past December, Rogers swam in the ‘C’ Final in the 200 Fly, finishing 21st overall. Rogers is also a school record holder in the 100 fly and 500 free for Valor Christian High School and has earned All-Conference honors twice.

“Zayne has tremendous athletic skills, great air sense and spins very fast,” said LSU head diving coach Doug Shaffer. “He will be an immediate contributor and has a bright future ahead of him.”

“Maggie will immediately contribute to our program,” said Coach Shaffer. “Although relatively new to the sport, her development has been remarkable and I see a huge upside in her potential on all three levels. Her work ethic is incredible and I look forward to working with her starting this fall.”