Tigers Win 2-0, Advance to Second Round 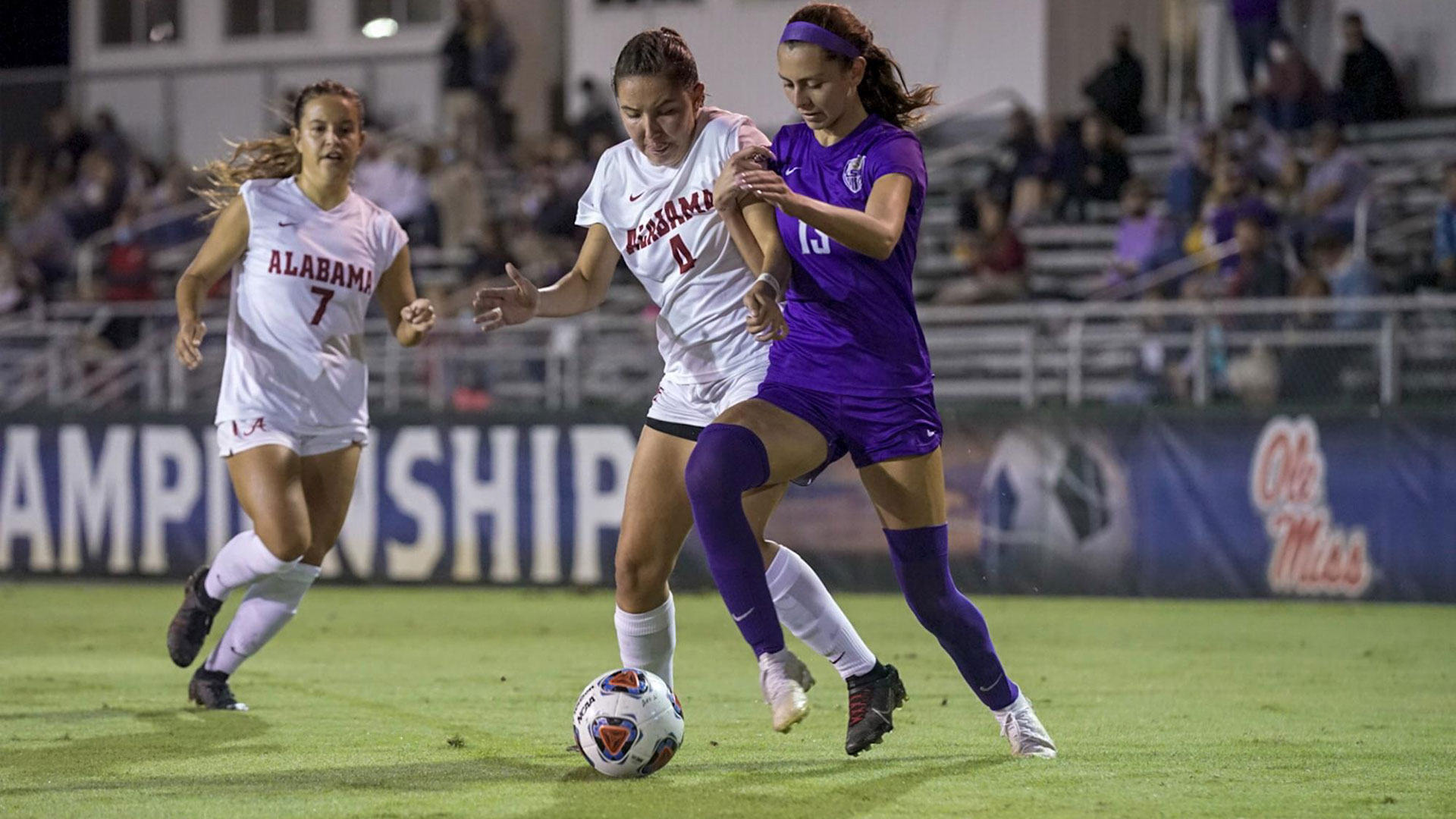 Orange Beach, Ala. – Redshirt freshman Taylor Dobles scored a tidy finish in the 13th minute before scoring the dagger with a low-driven shot in the 88th minute to give the LSU soccer team a 2-0 win over the Alabama Crimson Tide at the Orange Beach Sportsplex on Friday night. The win is LSU’s first of the season, and with the win, the Tigers advance to the second round of the SEC Tournament.

“It feels good to get a win,” head coach Sian Hudson said. “These girls have worked hard all year long and they deserve it. Our side came out tonight on the attack. That’s all I can ask for – I want our girls to be aggressive.

“Mollee (Swift) was phenomenal in net and then for Taylor (Dobles) to pick up her first-career collegiate brace on this stage is so deserved. We’re going to enjoy this win tonight and then we will start our prep on Ole Miss tomorrow.”

LSU came out on the attacking front to start the game. Junior Shannon Cooke had the first chance of the evening in the fourth minute when she found herself in the box and sent a shot on goal from ten yards out that was saved by Alabama goalkeeper Mckinley Crone. Alabama responded with a chance of its own in the 12th minute when Riley Mattingly sent a shot on goal from inside the box that was collected by sophomore Mollee Swift.

The Tigers scored the first goal of night in the 13th minute. Sophomore Rammie Noel sent a ball in from the left-hand flank that was fumbled by the Alabama goalkeeper. The loose ball fell to redshirt junior Tinaya Alexander, whose shot was deflected before falling to the feet of Dobles, who tucked the ball in to the bottom right corner inside the six-yard box. The goal was Dobles’ second of the season, and Alexander’s first assist of the year.

Relentless Pursuit In The Box

LSU’s defense held Alabama at bay in the first half, denying clear cut chances from the Crimson Tide. Swift registered her second save of the night in the 20th minute, denying Mattingly’s long range effort. Swift would collect three more saves in the first half to keep the score line at 1-0 heading into halftime.

The Tigers began the second half chasing a second goal to double the lead. In the 49th minute, junior Meghan Johnson lost her defender in the final third and sent a shot from 20 yards out that curled narrowly wide of the top-left corner. Minutes later in the 54th, Alexander took the ball from the edge of LSU’s box and carried it the length of the field to find Dobles in the box, whose first time shot rose above the crossbar.

Swift picked up where she left off in the first half and denied the chances the Alabama offense had in the second. Swift finished the match with a season-high ten saves and a clean sheet for the defense. It was Swift’s first-career shutout in an LSU jersey.

The lead was doubled in the 88th minute. Dobles latched on a through ball from senior Courtney Henderson and sent a shot from ten yards out on the left side that powered through the Crimson Tide goalkeeper. The goal was Dobles’ second of the night, and first brace of the season. Henderson’s assist was her first of the season and second of her career.

The 14th-seeded Tigers will take on sixth-seeded Ole Miss on Sunday at 2:30 p.m. CT on the SEC Network.