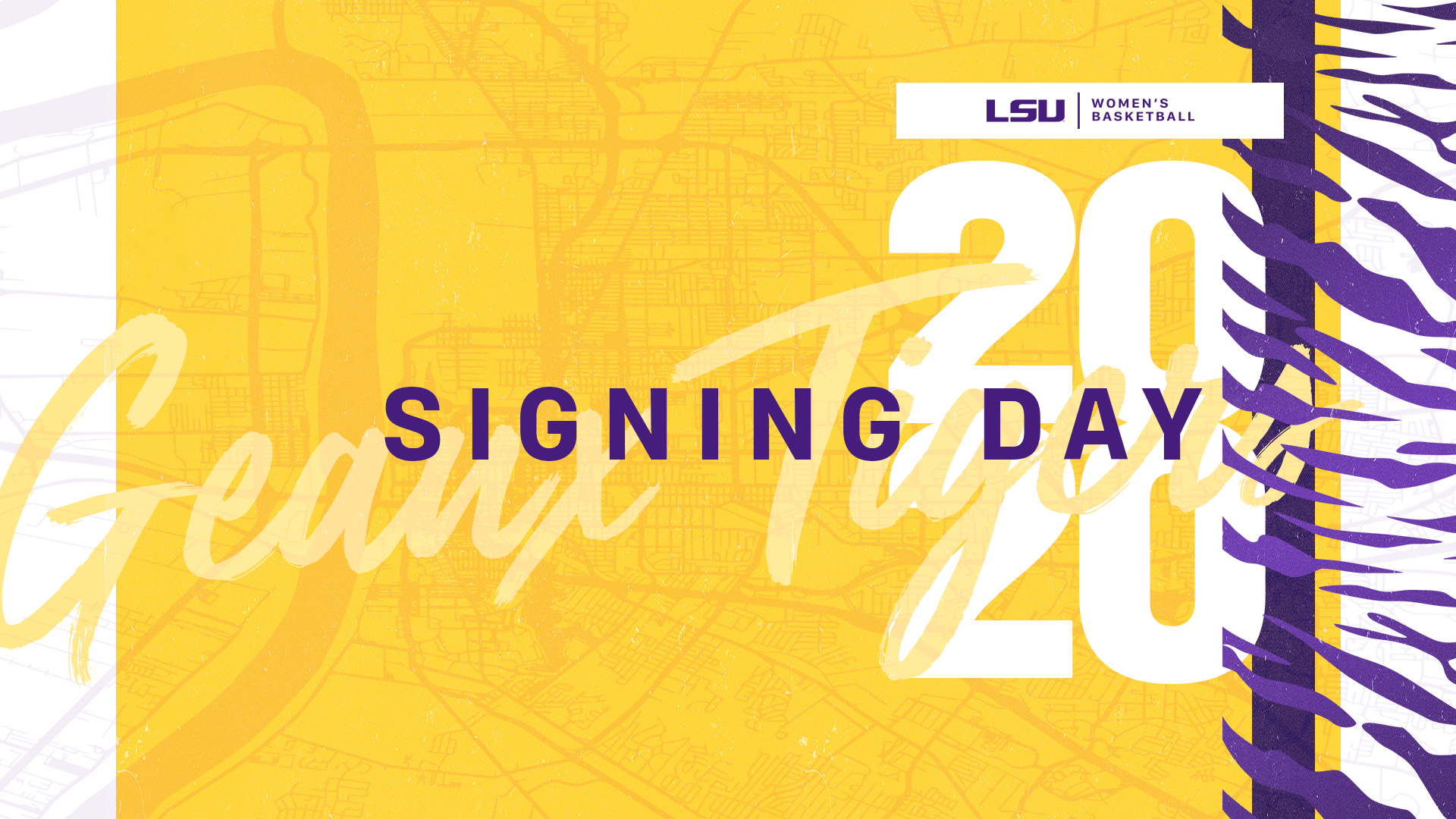 “This group brings great depth to our program,” said Fargas. “We are excited to have them join the Tiger Family.

“Special thanks to my staff for their hard work on the virtual recruiting trail this season.”

Dews will be playing her first full season with Brentwood Academy in 2020-21. She played in the final two games of the season for BA after sitting out the season due to Tennessee high school transfer rules. Those last two games were in the Tennessee state tournament where she contributed four points and seven rebounds in 21 minutes. Dews spent her first two high school season at Ravenwood High School.

From Fargas: “Savannah is a very versatile player. She will bring some size to our post play and has the ability to get out on the perimeter and shoot the three.”

Graves is a 2020 Louisiana Sportswriters Association 5A All-State First Team member. She averaged 23.5 points per game as a junior. Graves was also named the District 6-5A Most Valuable Player. She is ranked No. 203 in the Class of 2021 by World Exposure Report. She also is the sister of former LSU men’s basketball player Marshall Graves.

From Fargas: “Amoura is a talented player from right down the road in Ponchatoula. As a Louisiana kid, she grew up loving LSU. She is a great shooter and has a toughness that we really like as an addition to this team.”

Hall is an ESPNU HoopGurlz Top-100 prospect. She is ranked No. 86 overall and the No. 16 forward in the nation by ESPN and is ranked No. 74 by World Exposure Report. Hall remained a four-star prospect as her junior season was cut short on Jan. 30, 2020 with a knee injury. She was averaging 16 points, nine rebounds and three block per game at the time and went on to earn IBCA Class 4A Second Team All-State honors. As a sophomore, she averaged 17.8 points and 9.1 rebounds while leading the Vikings to the playoffs, earning IBCA Class 4A Third Team All-State accolades.

From Fargas: “Grace is a versatile player that will give us depth at multiple positions. She is a talented scorer and we expect her to add to our offense.”

McNeil is ranked No. 18 in her position nationally according to ESPNU HoopGurlz and is No. 139 in the World Exposure Report for the Class of 2021. As a junior, she averaged nine points, nine rebounds, five assists and three blocks per game and earned first team All-District 11-6A honors..

From Fargas: “Logyn has a great motor with great athleticism. She will be able to impact the game both offensively and defensively.”

Ugass averaged 15 points, 11 rebounds and 0.8 blocks per game during the 2019-20 season at Roseville, earning Minnesota 4A All-State honorable mention accolades. As a sophomore, she recorded her 1,000th career point after scoring 20 points in a win against Park Cottage Grove that season.

From Fargas: “Tamia will bring a strong presence in the paint with a solid mid-range game. She has great hands around the rim and can be a great finisher in our transition game.”

Ware is ranked No. 20 in the nation at the point guard position by ESPNU HoopGurlz and No. 56 overall by World Exposure Report. She earned all-state honors as a sophomore and junior by the IBCA, named 4A third team in 2019 and second team in 2020. In 2019-20, Ware averaged 15.7 points, 7.5 rebounds, 3.6 steals and 3.5 assists per game. As a freshman, she earned IBCA special mention All-State honors as well.

From Fargas: “Timia is a great shooter who can play multiple positions. She will be exciting to watch on the fast break and will be tough to contain. We expect her to push the tempo of the game and be strong at ball distribution.”

LSU is currently in preparations for the 2020-21 season and is expected to announce a schedule soon.