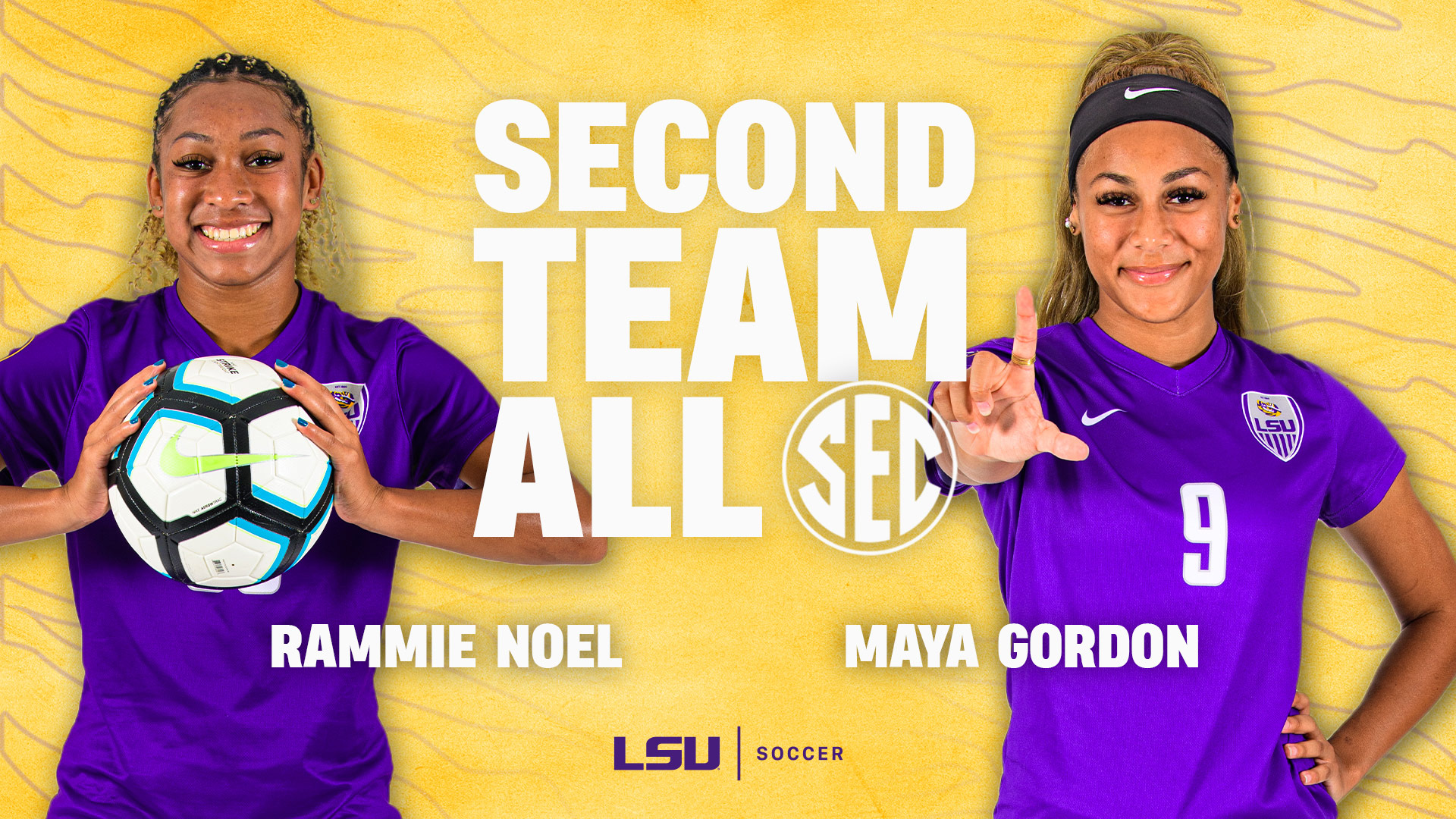 Baton Rouge, La. – LSU sophomores Maya Gordon and Rammie Noel solidified their reputation as some of the top players in the Southeastern Conference as they were selections on the All-SEC second team on Thursday. The awards were  voted on by league head coaches.

“I am thrilled for Maya and Rammie to be receiving this recognition for their performances this season,” first-year head coach Sian Hudson said. “Both players have grown tremendously in their tactical understanding of the game this year and it has shown in the consistency of their performances.”

It’s the first-career SEC honor for both Gordon and Noel. Gordon has started all eight matches for the Tigers this season at centerback and logged a total of 758 minutes. She’s frequently man-marked the opposition’s best attacker and has done an excellent job anchoring LSU’s backline. She has helped LSU lower its goals averaged against mark of 2.13 in 2019 down to 1.60 this season.

“Maya has been a rock at the heart of our defense with her tackling ability and recovery speed,” Hudson noted of Gordon’s play this year. “She makes it extremely difficult for teams to get in behind our backline. Maya is such a positive presence in the locker room with her team first mentality and when she steps on the field you know Maya will always lead by example and give everything she has.”

Noel scored LSU’s first goal of the 2020 season when she evened the match up against Mississippi State on October 11. She has logged a total of 598 minutes this season and has been a thorn in the side of the opposition. A two-way player that is tenacious and gritty, Noel uses her speed to stifle opposing attackers and to create offensive opportunities for the Tigers as well.

“Rammie has filled many roles for the team this season in both the defensive and attacking third,” Hudson said about Noel’s versatility. “Her explosive pace and desire to get in behind the oppositions defense make her a constant threat in wide spaces. Defensively she plays with relentless energy that is exciting to watch and puts any opponent she has faced this season on the back foot. Rammie’s potential is endless and I look forward to watching her continue to shine in the coming years.”

LSU opens up the 2020 SEC Soccer Tournament on Friday night in Orange Beach, Alabama. The 14th-seeded Tigers will take on the 11th-seeded Alabama Crimson Tide at 6 p.m. CT on the SEC Network.