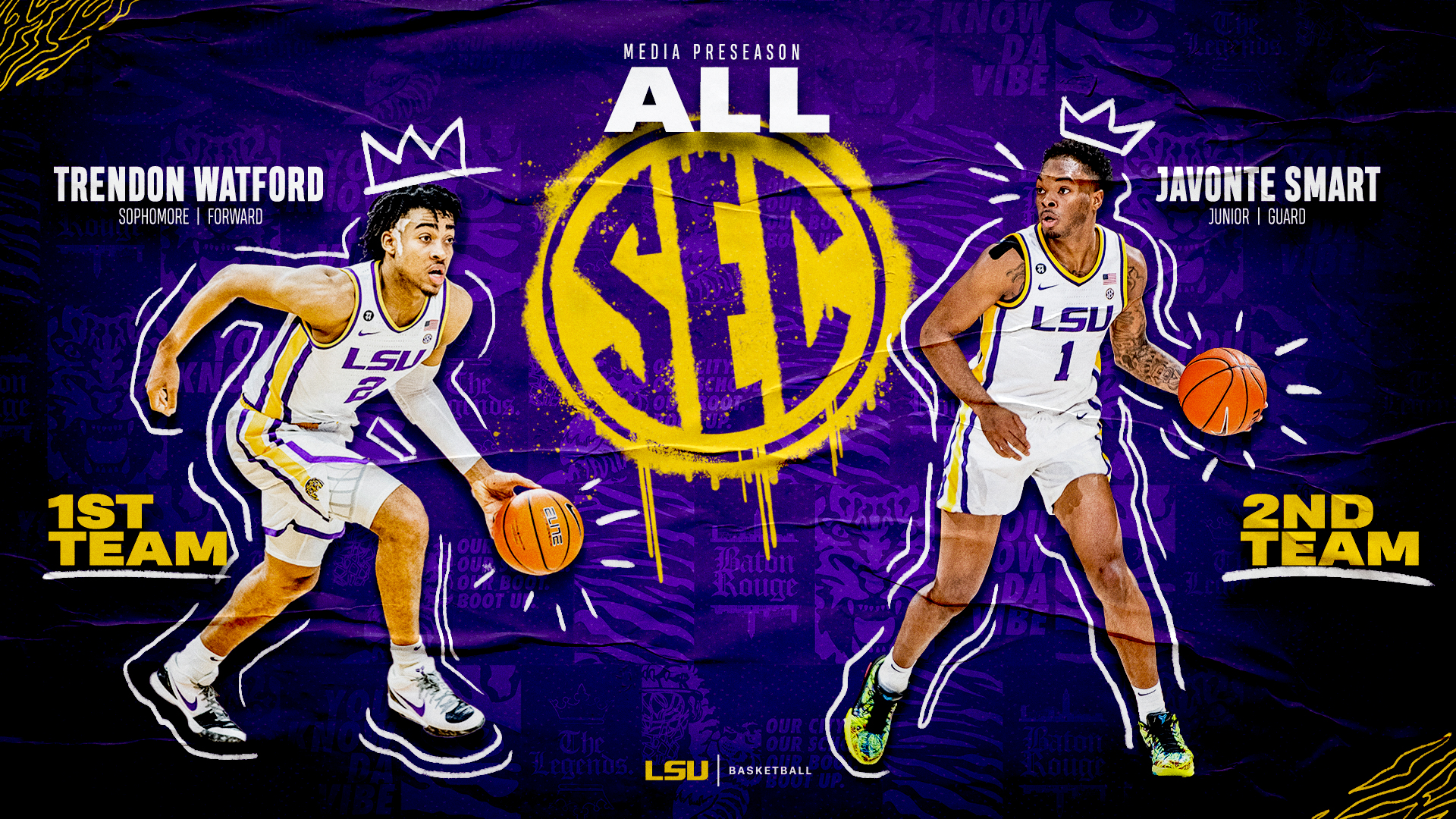 LSU as a team was picked third in the overall league selections by a panel of both SEC and national media members.

Smart was one of the six selections for the second team preseason All-SEC.

Watford as a freshman started 30-of-31 games last season, averaging 31.5 minutes per game. He is the Tigers’ best returning scorer at 13.6 points per game and the team’s leading rebounder a year ago at 7.2 boards a game. Watford shot 48.9 percent from the floor overall with 18 three-point field goals.

Smart also started 30-of-31 games a year ago, averaging 34.2 minutes a game with a 12.5 points per game averaged. The Baton Rouge native posted a 3.5 rebounds per game mark and has 129 assists in the course of the season.

The 2020-21 campaign is scheduled to begin on Wednesday, Nov. 25, when LSU takes part in the Golden Window Classic at Lincoln, Nebraska/ LSU will play games there on Nov. 25, 26 and 28 with LSU’s first home game in the Pete Maravich Assembly Center set for Dec. 6 against Louisiana Tech. Game times and attendance setup for those games will be announced in the days ahead.