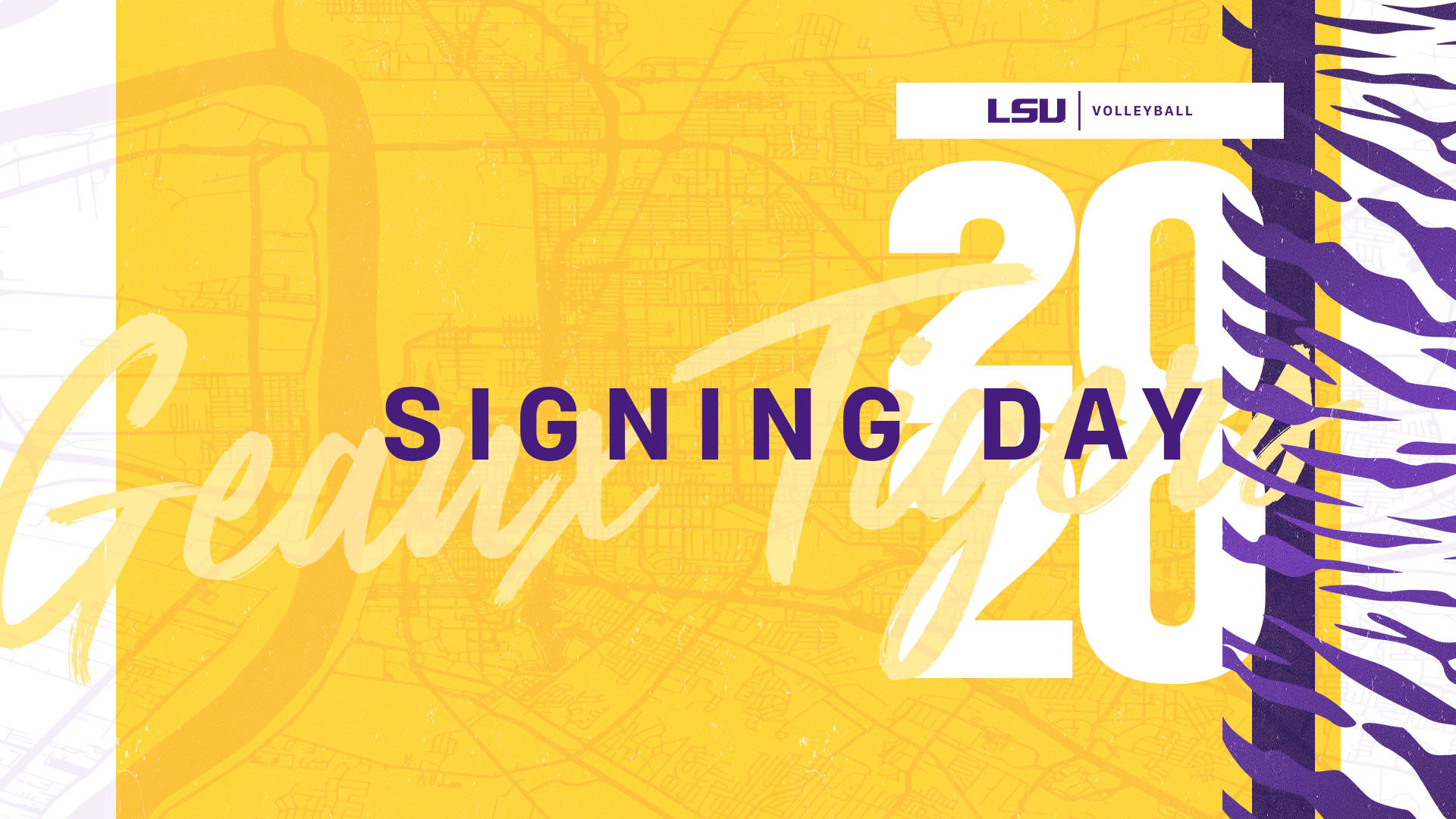 “Together they bring the perfect match in a class,” said head coach Fran Flory. “We have great volleyball IQ, we have great physicality, we have great winning tradition in both of them and great competitive drive. I’m excited about the partnership they will have throughout the years.

“They fit LSU and fit each other. I can’t wait to get them here and integrate them into the system and into the program.”

Ellie Echter is an outside hitter from Fulshear, Texas who has been making an impact on the court throughout her entire high school career as a four-year team captain. In 2017 as a freshman, Echter was named the Texas District 27 5A Newcomer of the Year. Leading Fulshear High School to the regional finals in 2018 and a State Championship the following year, Echter earned multiple Most Valuable Player awards throughout that two-year stretch from numerous publications. In 2019 she was named as a Prep Volleyball National Junior of the Year Finalist after earning a spot on the All-America team. Earlier this year Echter earned a Texas Girls Coaches Association All-Star selection.

Echter played club for Houston Skyline Juniors and helped lead the team to three USAV National Qualifier victories. In 2018 she helped her team to a third-place finish in the USA Girl’s Junior National Championship Open Division and a fifth-place finish in 2019.

“Ellie is a strong, physical attacker,” said Flory. “She is going to come in with a physical mentality and ability to score. She is going to really, really help us on the outside. The best part about Ellie is that she plays six rotations. She is a fluid defender. She is a great passer. She’s an outstanding blocker and she plays the game very well. She’s a winner. She wins everywhere she goes and she’s a leader. We’re excited to have her come and she will have a chance to step on the court pretty early in her career.”

Ellie Echter is a Tiger!

Ella Larkin is a libero from Maize, Kansas who will also play Beach Volleyball for the Tigers. Like Echter, Larkin has been making an impact on the court since her freshman season in 2017 when she was named as a First-Team All-City Hitter as well as a Second-Team All-State Setter. Larkin has led Bishop Carroll Catholic High School to Kansas Sub-State Championships in her first three years and a third-place finish just a few weeks ago. In 2018 Larkin earned a spot on the 16U USAV Girls’ National Championships All-Tournament Team. An all-around great athlete, Larkin was named to the Basketball All-State Tournament team in 2017, leading her team to a second-place finish at state.

Larkin played club for Shockwave Volleyball Academy and helped lead the team to a 2nd place finish at the USA Girl’s Junior National Championship USA Division in 2016 and a 3rd place finish in 2018.

“Ella is a great volleyball player,” said Flory. “The great part is she can do just about everything in the game, short of maybe middle blocking. She has set, she has been a defensive person, she has hit and she is one of the best volleyball players we will have join us in the last few years. I would parallel her skillset to (current freshman) Paige Flickinger in terms of her ability to score and ability to play defense and control her first contact. We’re excited to have her join us. The volleyball IQ is going to go up as soon as she walks into the gym.”

Ella Larkin is a Tiger!