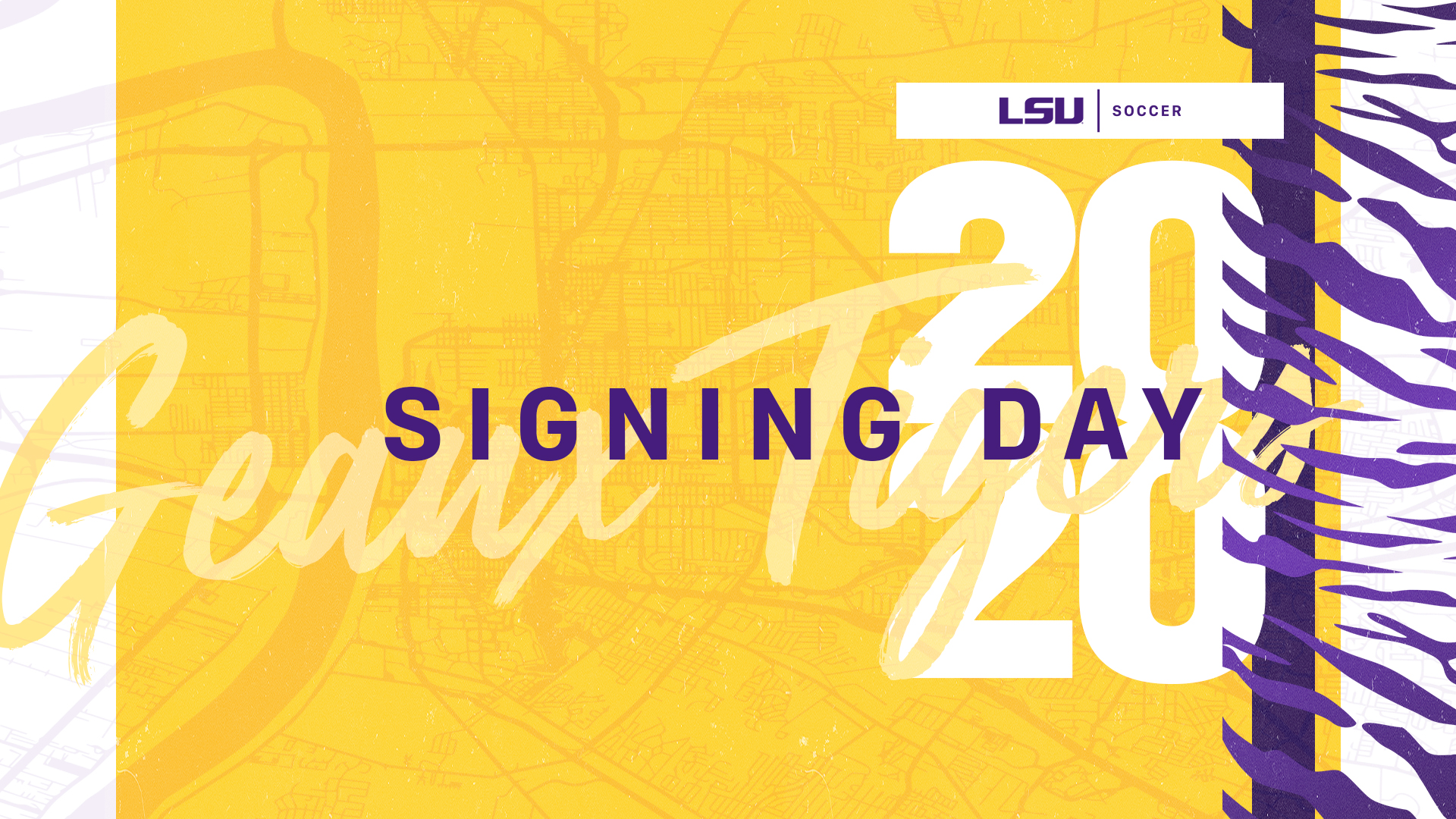 Baton Rouge, La. – LSU soccer received National Letters of Intent from four athletes on Wednesday. Nevaeh Johnson (Arlington, Texas), Jaden Humbyrd (Issaquah, Wash.), Tori Gillis (Leesburg, Va.), and Gianni Badon (St. Johns, Fla.) all turned in their paperwork and made it official. Johnson will be an early enrollee in January while Humbyrd, Gillis, and Badon will arrive in Baton Rouge prior to the start of the 2021 fall season.

Signing day is in the books. Get a look at our four new signees!

Nevaeh Johnson | M | Kennedale HS | Solar
Played club soccer for Solar 03 ECNL Composite … played her prep soccer at Kennedale High School … has tallied 66 career goals and 37 career assists in her first three seasons for Kennedale for a point total of 169 points … she was the 2018 Newcomer of the Year … she earned all-district and first team all-region honors in 2018 while leading Kennedale to the district title … 2019 Midfielder of the Year as she led Kennedale to its second straight district title while earning first team all-district and all-region accolades … 2020 District MVP and named to the honorable mention all-state team in Texas … helped Kennedale win its third straight district title.

Hudson on Johnson
“Nevaeh is a versatile player who could play anywhere in the midfield or backline for us. Her athleticism and competitiveness are traits that will help her make an immediate impact in the SEC. As a box to box midfielder, Nevaeh will not only play an important role in breaking up the opponent’s attack, but she is equally as dangerous in the opposing penalty area and will weigh in with assists and goals for the team. We look forward to adding Nevaeh to our roster this spring!”

Hudson on Humbyrd
“I have had the chance to work with Jadyn during my time with Region IV’s Olympic Development Program. She is a player that makes every training session better through her unrivaled work rate and enthusiasm to compete and push herself and those around her. Jadyn’s vision, range of passing and ability to score from distance make her an attack minded midfielder who is capable of unlocking the oppositions defense.”

Hudson on Gillis
“Tori is a sophisticated player that understands the game at a high level. She can play in the backline or as a defensive center midfielder. She is outstanding in the air, has the ability to solve pressure in tight spaces and is a player that is very efficient in possession, whether she is just keeping possession, or playing early entry balls into the attacking third.”

Hudson on Badon
“Gianni is an explosive outside back with fantastic pace, tackling ability and a desire to get forward and attack out of the backline. Her ability to break up play and drive at defenders on the dribble will make her an exciting prospect coming forward out of the backline.”