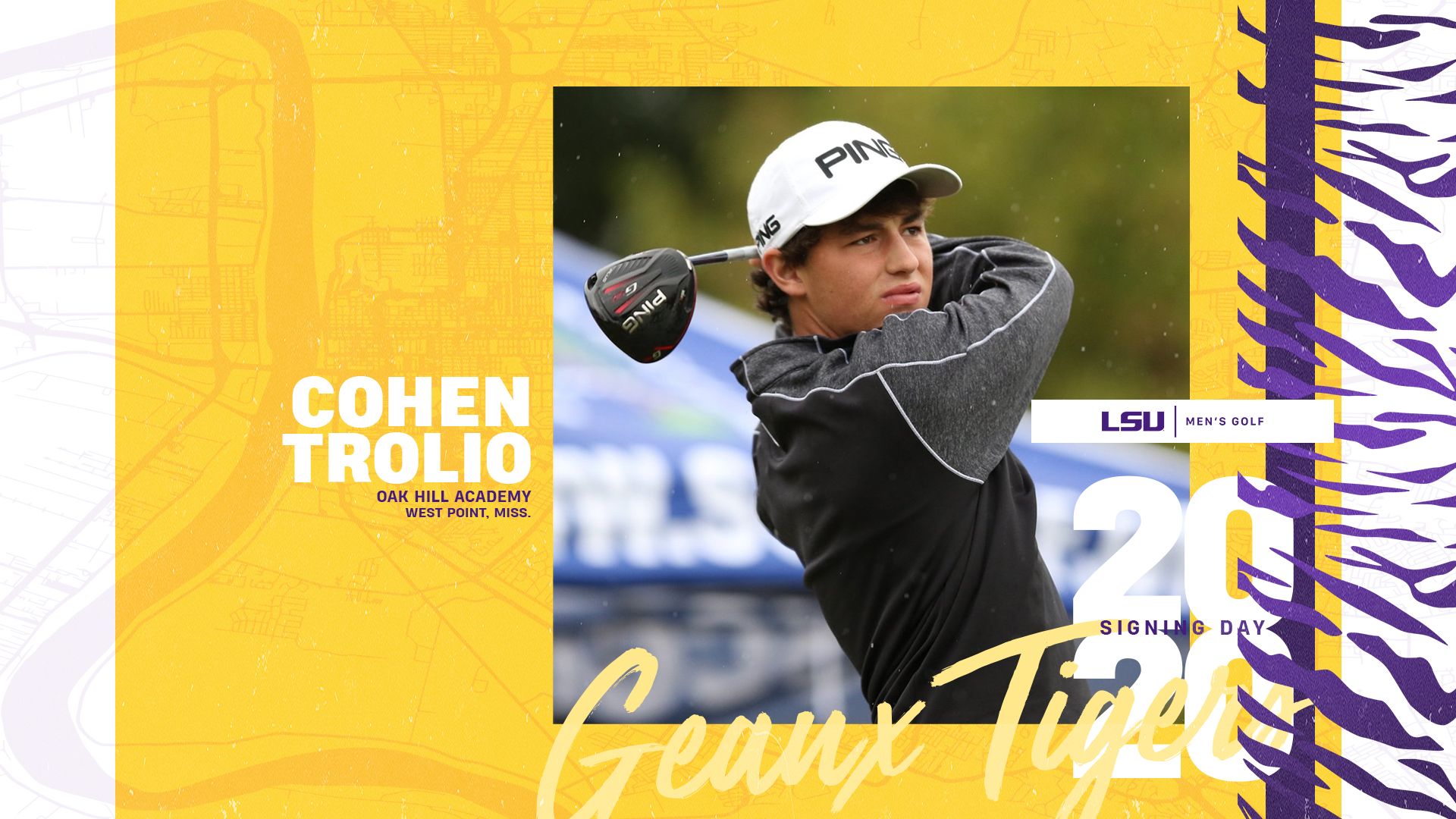 Baton Rouge, La. – The LSU men’s golf program received a National Letter of Intent from Cohen Trolio on Wednesday morning. Trolio, a native of West Point, Miss., will enroll at LSU in the Fall of 2021.

“I’m very excited to have Cohen sign with our program,” Chuck Winstead, Director of Golf at LSU, said. “He is exactly the type of young man we want representing LSU Golf on and off the course. His accomplishments on the course include a high level of success at elite amateur events.

“One of the things I enjoy the most about Cohen is his desire to improve. I look forward to working with him over the years to come and he will make a positive impact on LSU Golf.”

Trolio made a splash on the amateur circuit in the summer of 2019 as he became the youngest player in the last 25 years to advance to the semifinals of the U.S. Amateur at only 17 years of age. After earning the No. 57 seed following two rounds of stroke play at Pinehurst, he rattled off four straight wins in match play before falling to eventual champion Andy Ogletree in the semifinals.

The 2020 season on the amateur circuit saw Trolio finish sixth at both the Jones Cup Invitational and Dustin Johnson World Junior Championships. He also placed 14th at the Maridoe Junior Invitational and 25th at the Sunnehanna Amateur.

Trolio has led Oak Hill Academy (West Point, Miss.) to four straight state team titles in the state of Mississippi including his first individual state title in 2019. Trolio started playing for the varsity squad at Oak Hill Academy as a seventh grader and is a four-time first team all-state honoree. He’s also a six-time Mississippi State Junior Champion on the links.

A two-sport athlete in high school, Trolio also played basketball and was named the Offensive MVP for the team during his junior season. He is a consistent Honor Roll student and a member of the Junior Beta Club.