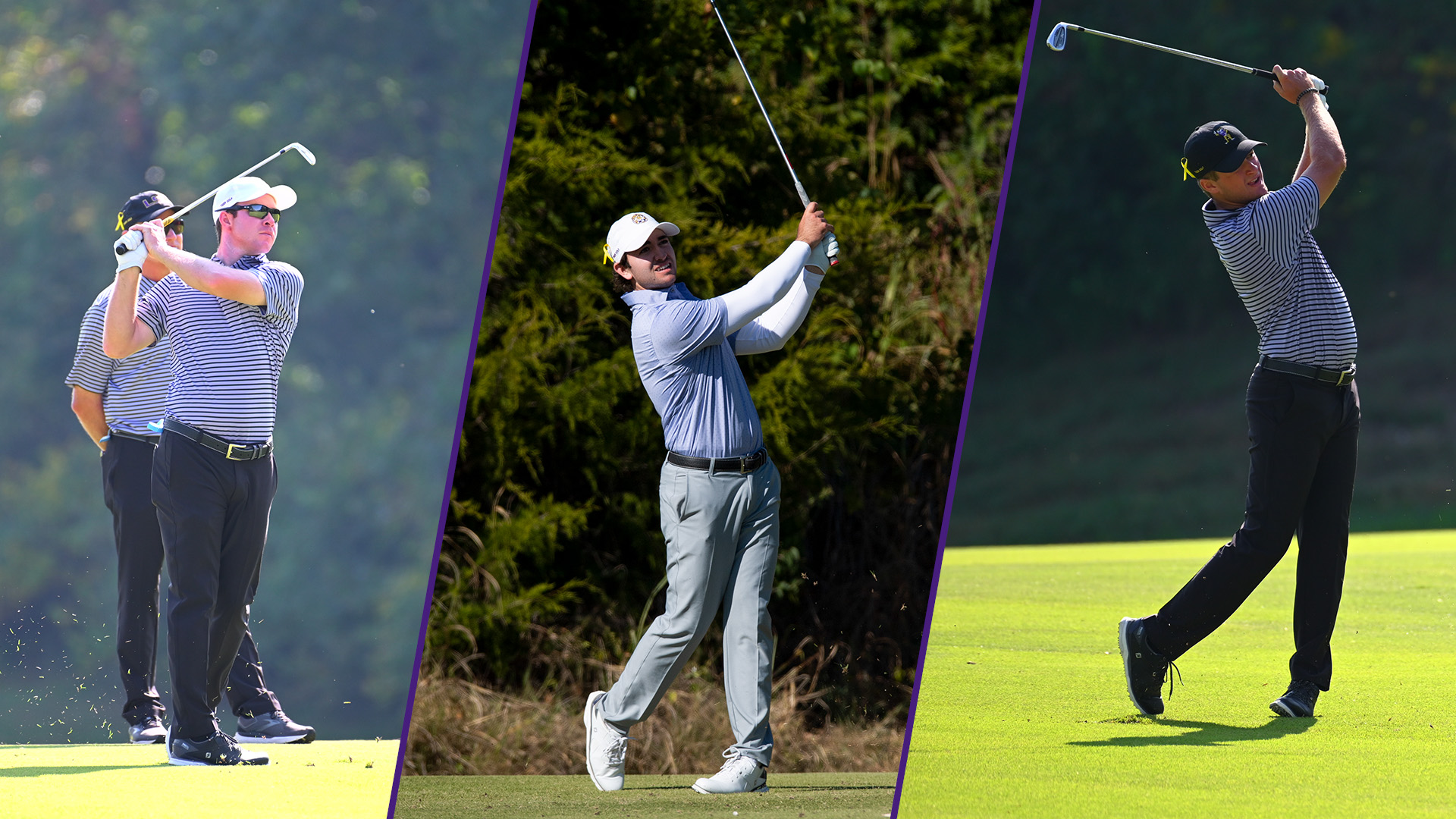 Birmingham, Ala. – The LSU men’s golf team finished day one of the Jerry Pate National Intercollegiate with a 3-over 283 at the Old Overton Club on Sunday.

After the conclusion of Sunday’s first round it was discovered that Garrett Barber signed for an incorrect scorecard. He signed for 70, but actually shot a 71. Therefore his round one score has been DQ’d and LSU’s team score goes from a 3-over 283 to a 10-over 290. Barber is still eligible to play rounds two and three.

Trey Winstead (t29th), and Philip Barbaree (t29th) registered the low scores of the day for the Tigers with even par 70s. Winstead had two birdies, 14 pars, and two bogeys, while Barbaree had six birdies, eight pars, three bogeys, and a triple bogey. Barbaree’s six birdies in the round have him tied for the sixth most in the field and it is the second time this season he has had six birdies in a round.

Nicholas Arcement (t57th) and Connor Gaunt (t67th) were the final two counting scores at 3-over 73 and 7-over 77, respectively.