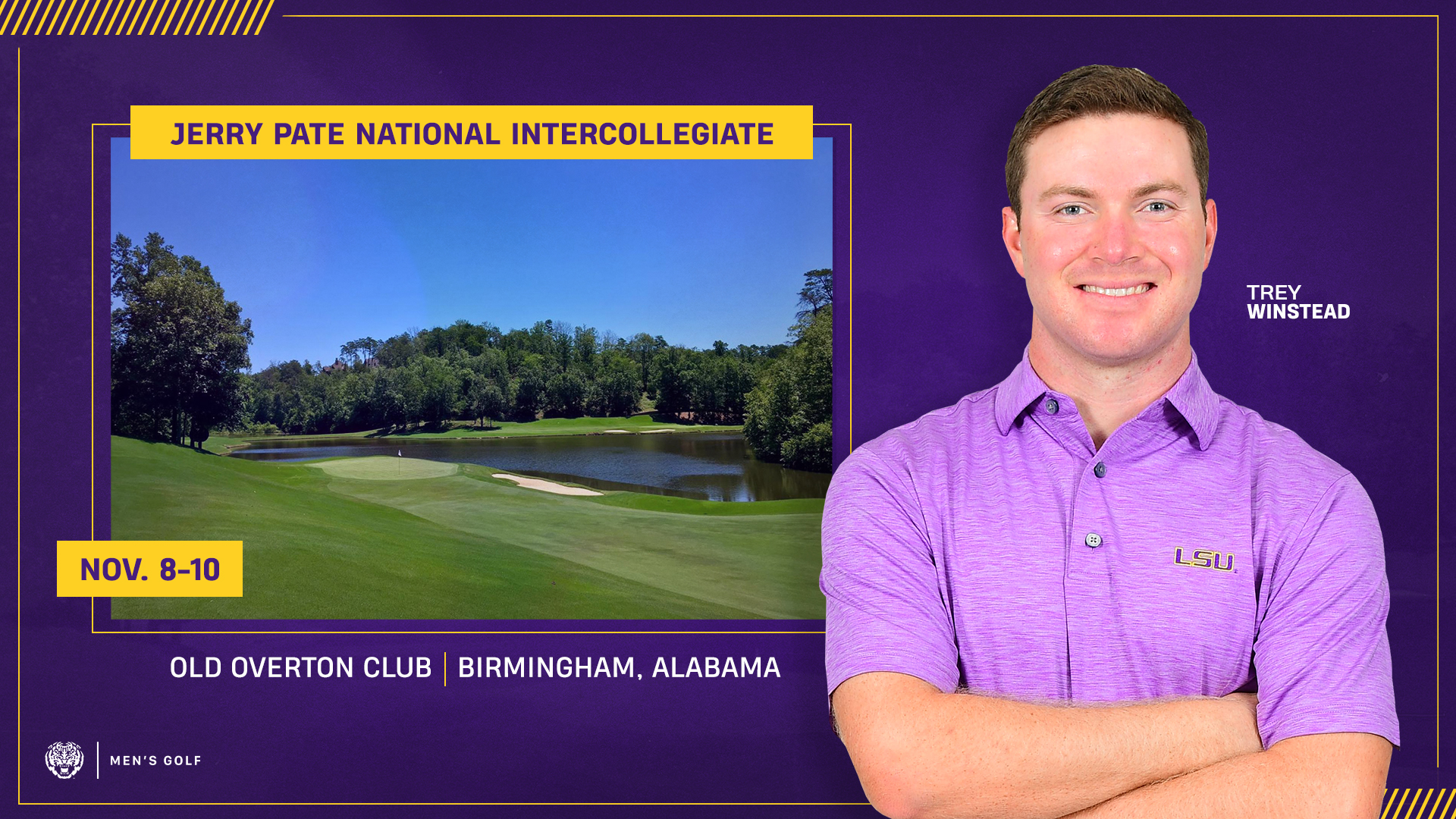 Baton Rouge, La. – The LSU men’s golf team will close out the Fall portion of its 2020-21 season this Sunday through Tuesday at the Jerry Pate National Intercollegiate in Birmingham, Alabama. The three day, 54-hole tournament will be hosted at the Old Overton Club that will play as a par 70 at 7,209 yards.

LSU will compete against the other 13 SEC schools at the event. The Jerry Pate National Intercollegiate dates back to 1986 and has been contested every year since. LSU has one tournament victory at the Jerry Pate; back in 1988 LSU captured the team title and David Toms won the individual title. This will be LSU’s first appearance at the event since October of 2006.

LSU will go with a lineup of Garrett Barber, Trey Winstead, Philip Barbaree, Connor Gaunt, and Nicholas Arcement. It will be the third start of the Fall for Barber, Winstead, Barbaree and Gaunt, while Arcement will be making his second appearance in the Purple and Gold this fall. A shotgun start will be utilized on Sunday and play will begin at 12:20 p.m. CT; LSU will be paired with South Carolina and Florida.

LSU’s previous two events this Fall against SEC opponents has seen the Tigers finish seventh at the Blessings Collegiate Invitational in early October and tie for sixth at the Vanderbilt Legends Intercollegiate in late October.

The Tigers enter Sunday’s opening round of the Jerry Pate National Intercollegiate with three-consecutive rounds of under par or better as they shot 8-under 276, 9-under 275, and 4-under 280 in the three rounds played at the Vanderbilt Legends Intercollegiate. LSU’s season high for birdies as a team is 24, which came during round two of the Vanderbilt tournament. LSU’s team average on the year is 285.67.

Barber leads LSU with a scoring average of 70.33 through six rounds of play; four of his six rounds have been even par or better. He’s averaging a team high 4.5 birdies per round this season. Newcomer Connor Gaunt (71.67 avg.) is just off Barber’s pace averaging 4.0 birdies per round and he has the team’s lone eagle of the season thus far. Winstead (71.83 avg.), Barbaree (73.67 avg.), and Arcement (74.0 avg.) round out LSU’s starting lineup for the week.