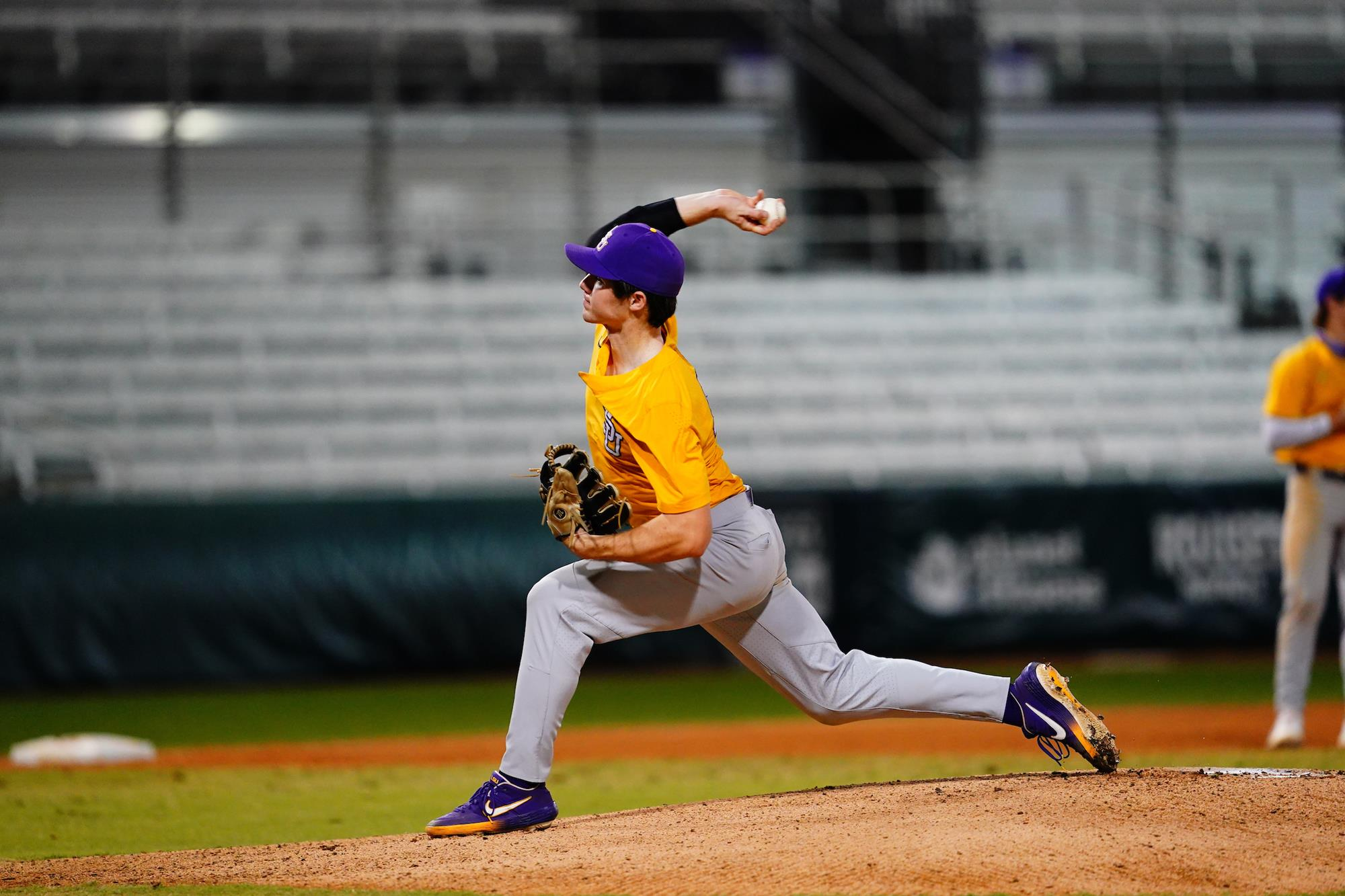 The Purple squad, which won Games 1 and 2, was the overall series winner.

“These three games were not the crispest of games, but you are able to learn a lot about players in these situations,” said LSU coach Paul Mainieri. “You put them under the lights and put some pressure on them and see what happens. Some handle it a little better than others, but this week was great experience for our players.”

“Will Hellmers is an unbelievably mature kid,” Mainieri said. “He knows the game, and he’s is a winner. He just has a great feel for the game that will help us a lot on the mound and with the bat this season.”

In the bottom of the sixth, a leadoff double by Braden Doughty put the Gold in business to start the inning. Doughty came around to score after Giovanni DiGiacomo ripped a double down the right field line. After a walk, Devin Fontenot was able to work out of the first-and-third jam and keep the score at 3-0.

George got the ball for the final two innings for Gold en route to victory. George was able to strand two baserunners in his first inning of work, and he pitched around a leadoff single in the seventh to close out the game.

“Hellmers, Money and Aaron George all pitched very well tonight,” Mainieri said. “The Gold only scored three runs, but they got a nice victory. Once again it proves that pitching is at least 90 percent of the game. The only thing that was concerning to me tonight was that we had four errors in the infield. That’s certainly something we’re going to have to tighten up.

“Overall, we got a lot done in this series. They weren’t three particularly well-played games, but that shouldn’t take away from some of the good performances that we had. We’ll come back for preseason practice in January, and we will have a very competitive environment with guys working to earn roles on the team.”