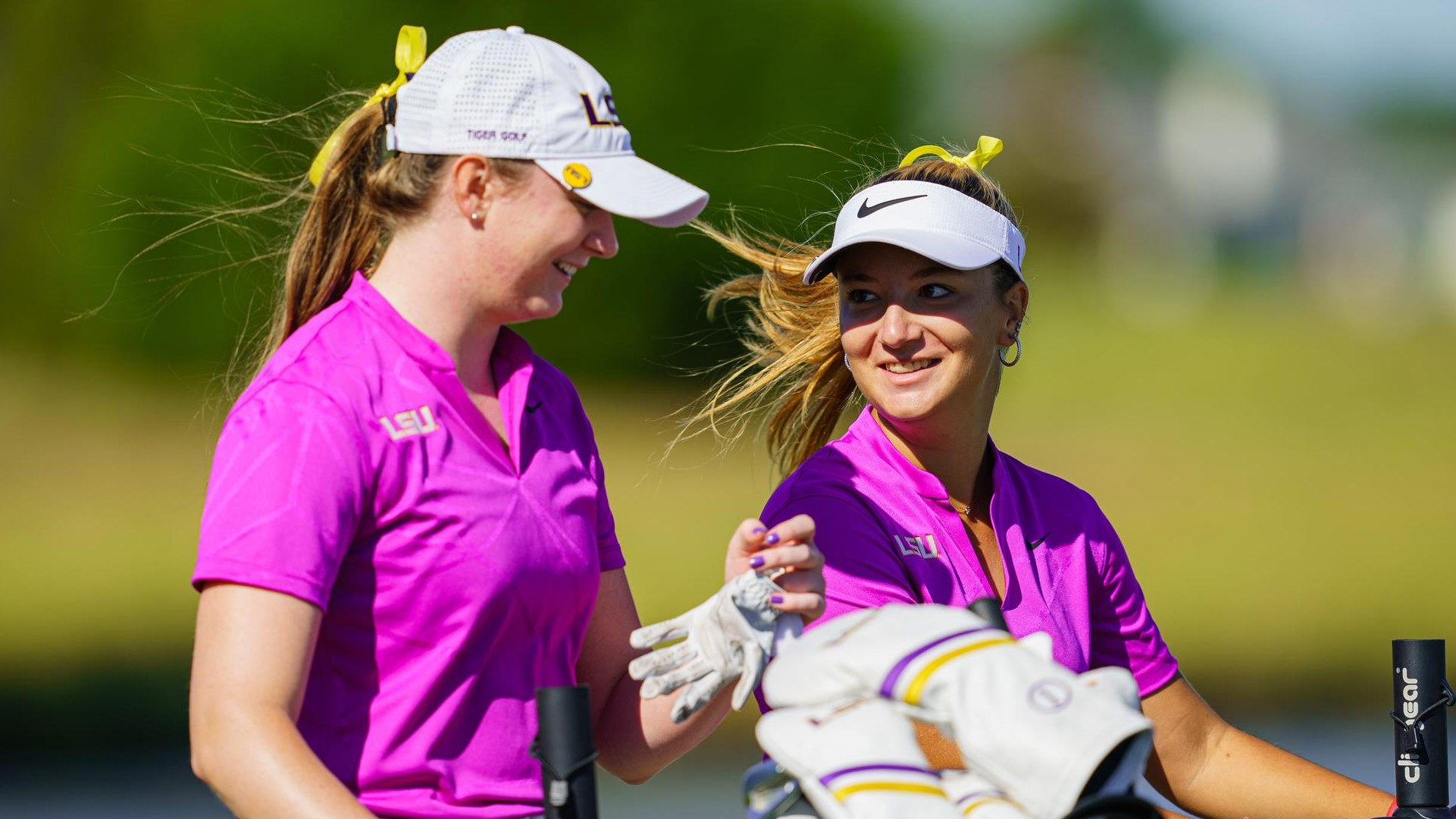 BATON ROUGE, La. — The LSU women’s golf team, currently rated No. 1 in the Golfweek/Sagarin ranking, is making its first appearance in the Liz Murphey Fall Collegiate Classic since 2012. LSU competed in the tournament in April 2012 and at the Liz Murphey NCAA Fall Preview in October 2012.

It is the 48th Annual Liz Murphey Collegiate Classic, hosted by Georgia, on November 6-8. This year’s competition will be played at the University of Georgia Golf Course in Athens (par 72, 6,302 yards). The tournament is one of the oldest sporting events in women’s intercollegiate athletics.

The field features 11 SEC teams, all ranked in the Top-40 by Golfweek, with No. 6 Georgia putting two squads on the course. The pairings format will be threesomes with LSU partnered with the Georgia Red team and No. 2 Arkansas for Round One on Friday, beginning at 8:15 a.m. CT on Hole No. 1. Live scoring updates will be available at GolfStat.com.

The Tigers’ lineup will consist of sophomores Ingrid Lindblad and Latanna Stone, freshman Carla Tejedo Mulet, junior Jessica Bailey and senior Kendall Griffin for the third and final tournament of the Fall portion of the 2020-21 season.

“We had a good two weeks to recover and prepare for the Liz Murphey at Georgia,” said LSU women’s golf head coach Garrett Runion. “During that time our ranking improved which definitely excited and motivated our ladies to keep up the hard work and finish the semester on a high note. We will have to be focused during our practice round on Thursday as only one of our players, Jessica Bailey, has played the course before. It will be good to face another strong field with 11 of the 14 SEC teams competing on a challenging course.”

LSU is currently 22-2 against Top-25 competition after back-to-back second place finishes at the inaugural Blessings Collegiate Invitational and The Ally. The Tigers competed against an all-SEC field in both tournaments. Prior to this season, the last time LSU finished as high as second place against an all-SEC field was in the 2004 SEC Championship tournament at the University Club in Baton Rouge.

Lindblad and Stone, both currently listed on the 2021 ANNIKA Award watch list, continue to set the pace for the Tigers this season. Lindblad, ranked No. 2 by WAGR and Golfweek, is shooting a 70.17 average and has posted two Top-3 finishes, second at The Blessings and tied for third at The Ally. Lindblad opened each tournament with a 5-under 67 to stay in contention at the top of the leaderboard. Stone is currently ranked No. 8 by Golfweek and is shooting an average of 72.33 with a fifth-place finish at The Blessings to start the season.

Tejedo Mulet, ranked No. 19 by Golfweek and No. 68 by WAGR, is third on the squad at 73.33 over six rounds and earned the first Top-10 finish of her collegiate career at The Ally, placing tied for seventh. Bailey and Griffin are providing solid rounds each tournament with both players averaging 76.00 per round.

The five players combined are posting a team average of 289.83 per round, only the second season in school history to be shooting under 290. The first team to shoot under 290 for a season was the 2019-20 squad.