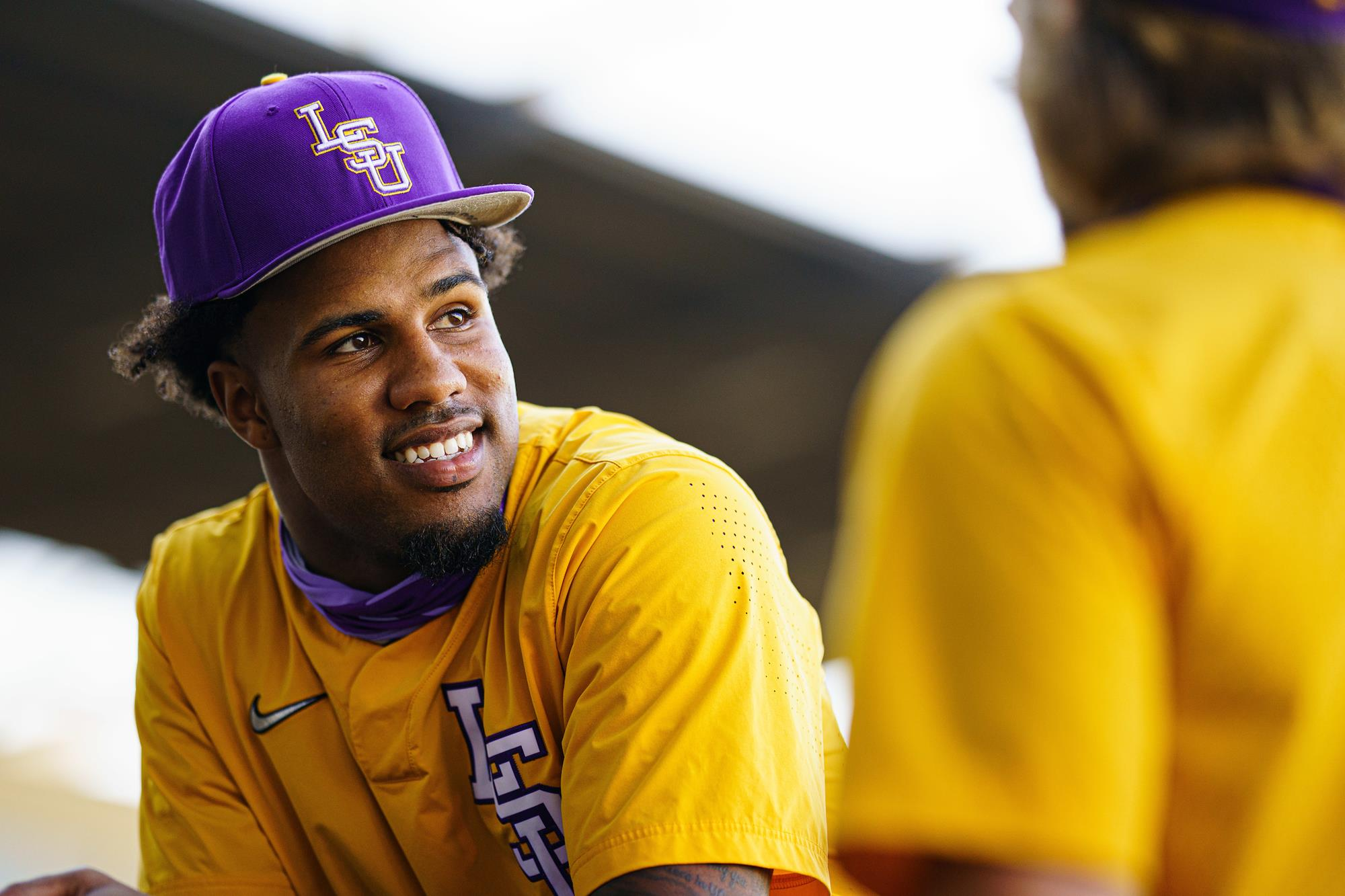 The Gold can still win the three-game series if its defeats the Purple by nine or more runs on Friday night in Game 3.

For Game 3, right-hander Landon Marceaux will take the ball for the Purple, and the Gold will hand the ball to right-hander Will Hellmers. Game 3 is scheduled to start at 6:30 p.m. CT.

The Purple got on the scoreboard early and often against the Gold squad. Back-to-back walks to Drew Bianco and Collier Cranford put Purple in business in the second. A stolen base and a wild pitch put both runners in scoring position, who then came around to score on a single by Braden Doughty.

Two more runs scored for Purple as a result of Gold’s starter Ty Floyd hitting his 25-pitch limit for the inning.

Four more runs came across to score for Purple in the third, three more in the fourth, and one in the fifth, coming from a solo home run off the bat of Gavin Dugas. Dugas went 2-4 with that solo shot and a double.

“Gavin (Dugas) had a great night tonight,” said LSU coach Paul Mainieri. “He smoked a double down the line, hit a home run, and drove in a couple of important runs.”

The 12 runs were more than enough for the pitchers from the Purple squad. Starter Jaden Hill worked past a challenging first inning, which resulted in one run scoring for Gold. Hill pitched three innings, giving up four hits and one run while recording two strikeouts.

“I thought Jaden threw the ball as well as he has all fall,” said Mainieri. “He was 94-97 miles per hour and threw a lot of strikes. I thought he looked really good and the best he’s pitched during fall practice.”

Trent Vietmeier was first out of the pen for Purple. Vietmeier went two innings, gave up one hit, one run, and struck out two. Matthew Beck closed out the final two innings for Purple, giving up two runs on three hits, but he retired the side in order in the seventh to close out the ball game.

Gold was led offensively by Tre’ Morgan and Cade Beloso, who both notched two hits. Morgan went 2-3 with two singles and two runs scored. Beloso also went 2-3 with a single and a double.