Purple Gets Walk-Off Win in Game 1 of World Series 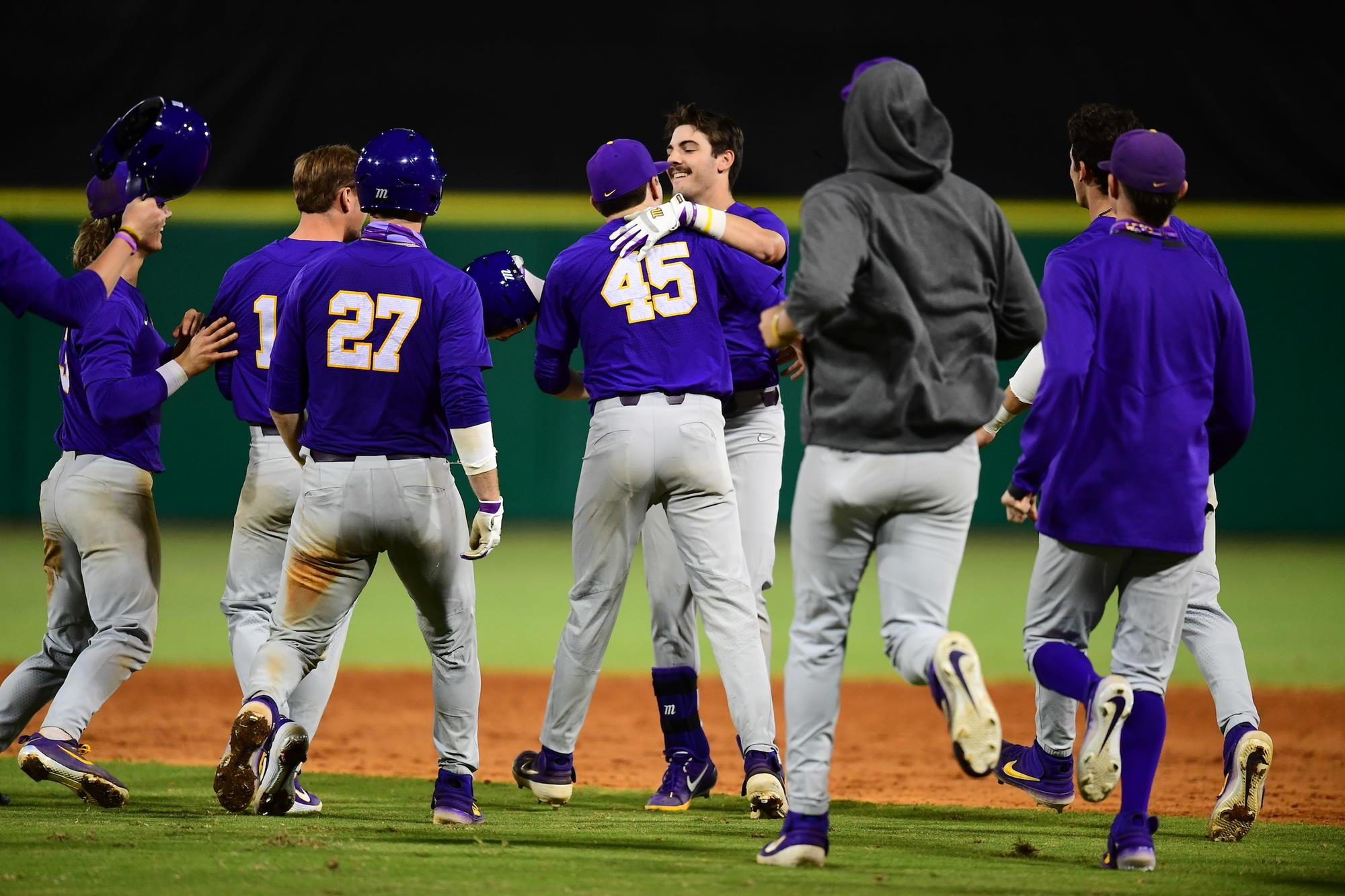 BATON ROUGE, La. – LSU Baseball’s Purple-Gold World Series started with a bang on Wednesday night at Alex Box Stadium as the Purple team scored seven runs in the last two innings to walk off with a 7-6 victory in Game 1.

Game 2  begin at 6:30 p.m. CT on Thursday. Right-hander Jaden Hill will start on the mound for the Purple, and the Gold will start right-hander Ty Floyd.

The Gold team got the scoring fest started early with four runs in the top of the first against AJ Labas. Zach Arnold and Tre’ Morgan notched back-to-back singles before scoring on a triple from Dylan Crews. Crews came around to score on a Will Safford double. The fourth run in the inning came across due to Labas reaching his 25-pitch count limit in the inning.

“I thought the start of the game was really great,” said LSU coach Paul Mainieri. “AJ Labas is going to be a great pitcher for us, and we had some tremendous at-bats against him in that first inning. There was a lot of good stuff throughout the game. There are some things we need to tighten up, of course, but I was very pleased with most of what I saw tonight.”

The Gold team was able to scratch two more runs across in the fourth and sixth innings to take a commanding 6-0 lead. A two-out double in the fourth by Will Hellmers got the rally started. Hellmers stole second, advanced to third on a wild pitch, and the scored on an error by the Purple team. In the sixth, more free passes resulted in the Gold scoring their sixth run without recording a hit in the inning.

The Purple team was kept off balance for most of the game, as it only recorded three hits through the first five innings. Gold starter Garrett Edwards and reliever Alex Brady held the Purple scoreless through five innings.

The Purple squad broke through in the bottom of the sixth as it recorded five runs on two hits. Two straight walks to Jordan Thompson and Brody Drost to start the inning ignited the rally. A two-out double to deep left by Drew Bianco brought home three runs to cut the deficit in half, 6-3. Bianco later came around to score on a single by Collier Cranford. Once again, due to the 25 pitch limit, a fifth run was awarded to Purple.

In the bottom of the seventh, Braden Doughty and Gus Milligan began the inning with back-to-back singles. A sacrifice bunt by Thompson moved the runners over, followed by a walk to Drost. A fielder’s choice off the bat off Gavin Dugas brought home the tying run. The next batter, Mitchell Sanford, singled up the middle to bring home the winning run, capping off a 7-6 victory for the Purple.