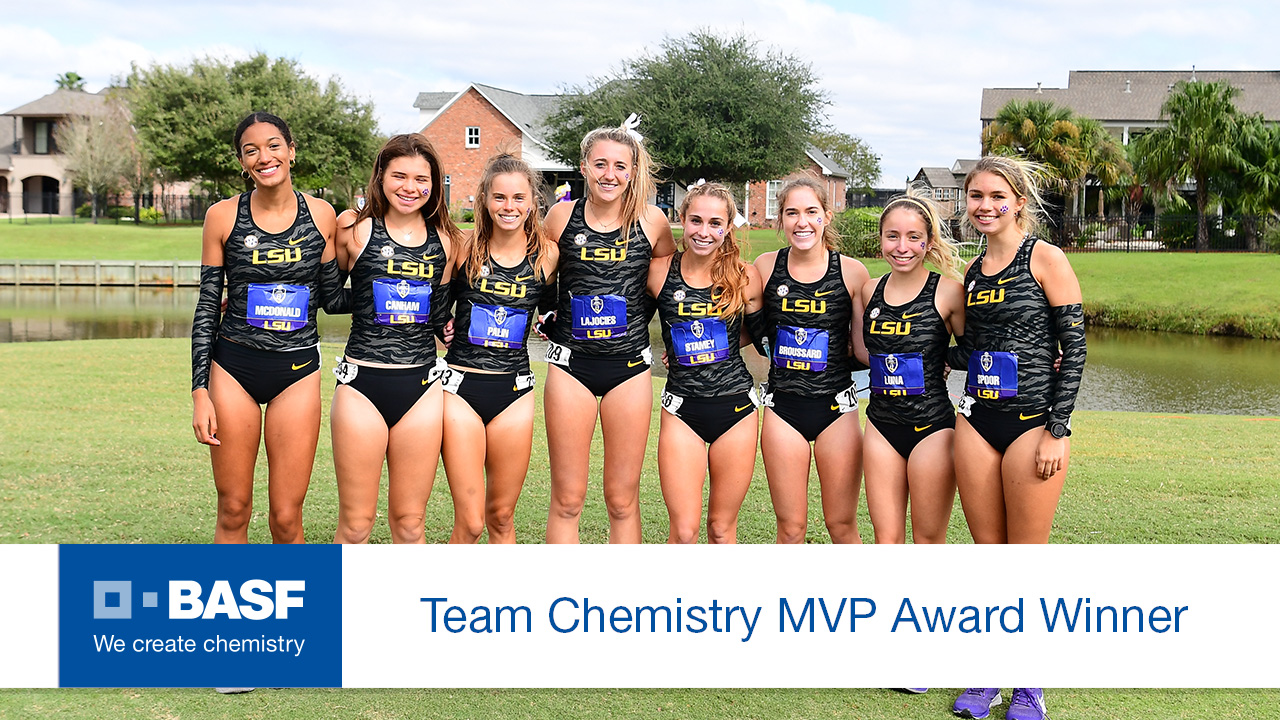 Baton Rouge, La. – Coming off its best finish at the SEC Cross Country Championships since 1999, the LSU women’s cross country team has been named the BASF Team of the Month for the month of October.

The women’s squad closed out their season with a fifth-place showing at the 2020 SEC Cross Country Championships on October 30; the meet was hosted at the University Club in Baton Rouge. Katy-Ann McDonald (12th), Julia Palin (31st), Shelby Spoor (37th), Alicia Stamey (46th), and Ashley LaJocies (67th) turned in scoring performances for LSU at the conference meet.

McDonald was the highest finisher for the Tigers with a 12th-place showing as she covered the 6k course in a time of 20:33.8. The 12th-place finish earned her a spot on the All-SEC Second Team, making her the first Tiger to garner that distinction since Laura Carleton did so in 2012. Shelby Spoor became LSU’s first female freshman to ever be named to the SEC All-Freshman Team with a 37th-place finish.

Earlier in the month, the women’s cross country team claimed a team title at the Florida State Invitational (Oct. 2) in the open race with a team total of 27 points. Sandwiched in between that finish and the SEC meet was a second-place showing at the Arturo Barrios Invitational (Oct. 17) with 52 team points.