Notebook: Freshmen Standing Out Ahead of Purple-Gold World Series 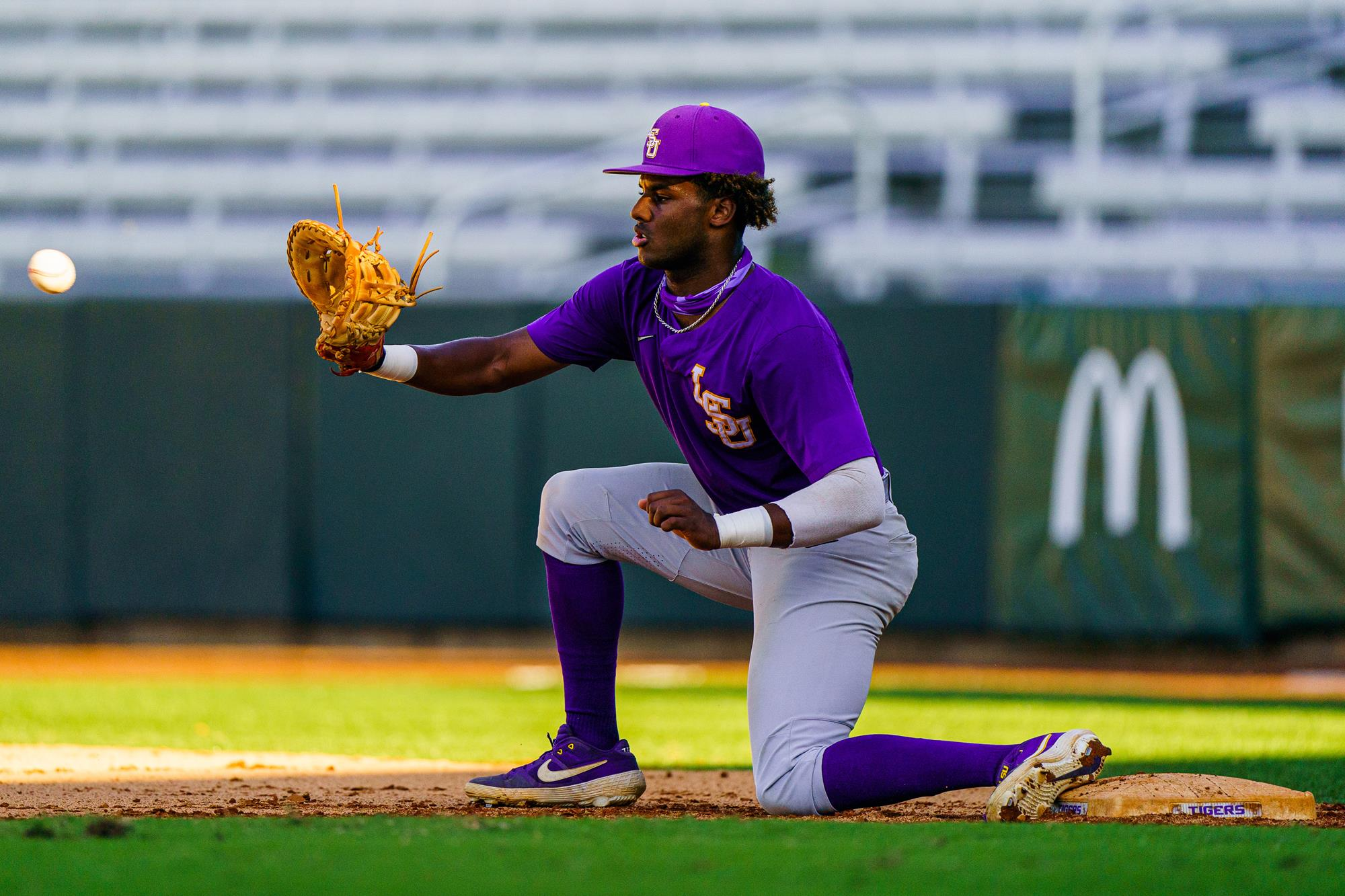 Despite an offseason unlike anything he’s ever experienced in 40-plus years of coaching, Paul Mainieri believes this was one of LSU’s best fall practices since he’s been in Baton Rouge.

The weather has been beautiful. The work has been productive. And now the Tigers are prepping for a three-game Purple-Gold World Series at Alex Box Stadium starting Wednesday and wrapping up Friday.

“I’m just so thrilled that we were able to have a fall practice,” Mainieri said to reporters on Tuesday. “We got an awful lot done and found out a lot about our team. I’m excited about this team. We can certainly make a run at it.”

If the pitching turns out to be as elite as Mainieri believes it is and the lineup produces like he thinks it can, it’s a formula that can translate into championship-caliber baseball.

Dylan Crews, a potential first-round pick, withdrew his name from the MLB Draft and made the decision to come to Baton Rouge. He’s expected to make an immediate impact, and he’s shown that in fall practice. With Giovanni DiGiacomo firmly established as LSU’s everyday centerfielder, Mainieri expects Crews to start in right.

“He has lived up to the billing,” Mainieri said on Crews. “Dylan plays the game really hard and the right way. He’s made it very clear that he should be an every day player for us.”

While Crews arrived with much fanfare, Mainieri is elated about the play of fellow rookie Tre’ Morgan, who arrived in Baton Rouge having missed his entire senior season at Brother Martin High School. In his long and storied tenure, Mainieri estimates there’s only been about four freshmen first basemen that have stood out to him on a defensive level, and Morgan is one of them.

“He’s played phenomenal baseball,” he said. “This kid is going to impact the game in a big way with his defense. He can pick balls in the dirt. His footwork around the bag is amazing. Oh – and by the way – he might hit three-hole for us. He looks like a future major leaguer.”

Mainieri also calls freshman infielder Will Safford a baseball rat. The 5-foot-8 freshman out of University High School is a “left-handed (hitting) Tyler Hanover,” according to Mainieri’s comparison. He’s undersized, but loves the game, and is the ultimate hustler, Mainieri said. If LSU was to start the season tomorrow, Safford would be the starting third baseman.

Two more freshmen that have been bright spots are Jordan Thompson out of Chula Vista, California and Brody Drost out of Lake Charles. It’s possible, Mainieri said, that the Tigers could have as many as four-to-five freshmen in the starting lineup early in the season.

Landon Marceaux made a big jump from his freshman to sophomore year, but Mainieri thinks he could make an even bigger jump in his junior campaign. His slider has been “unhittable” in fall practice, and some of LSU’s best hitters have struggled against him.

“He’s pitching like an All-SEC pitcher this fall,” Mainieri said. “Our best hitters have struggled against him. That tells you he’s ready to go to be a force in the conference this year.”

Jaden Hill has thrown four innings on one occasion and five on another. Hill pitched as well at the end of his two outings as he had at the beginning, which is an aspect Mainieri sees improvement in. There hasn’t been much dropoff in his stuff from start to finish.

“He’s had some really good moments, but he hasn’t pitched the way I know he can pitch on a consistent basis yet,” Mainieri said on Hill. “We did get to stretch him out, and from a health standpoint, he’s handled it fine.”