Soccer Takes on No. 15 Auburn on Monday 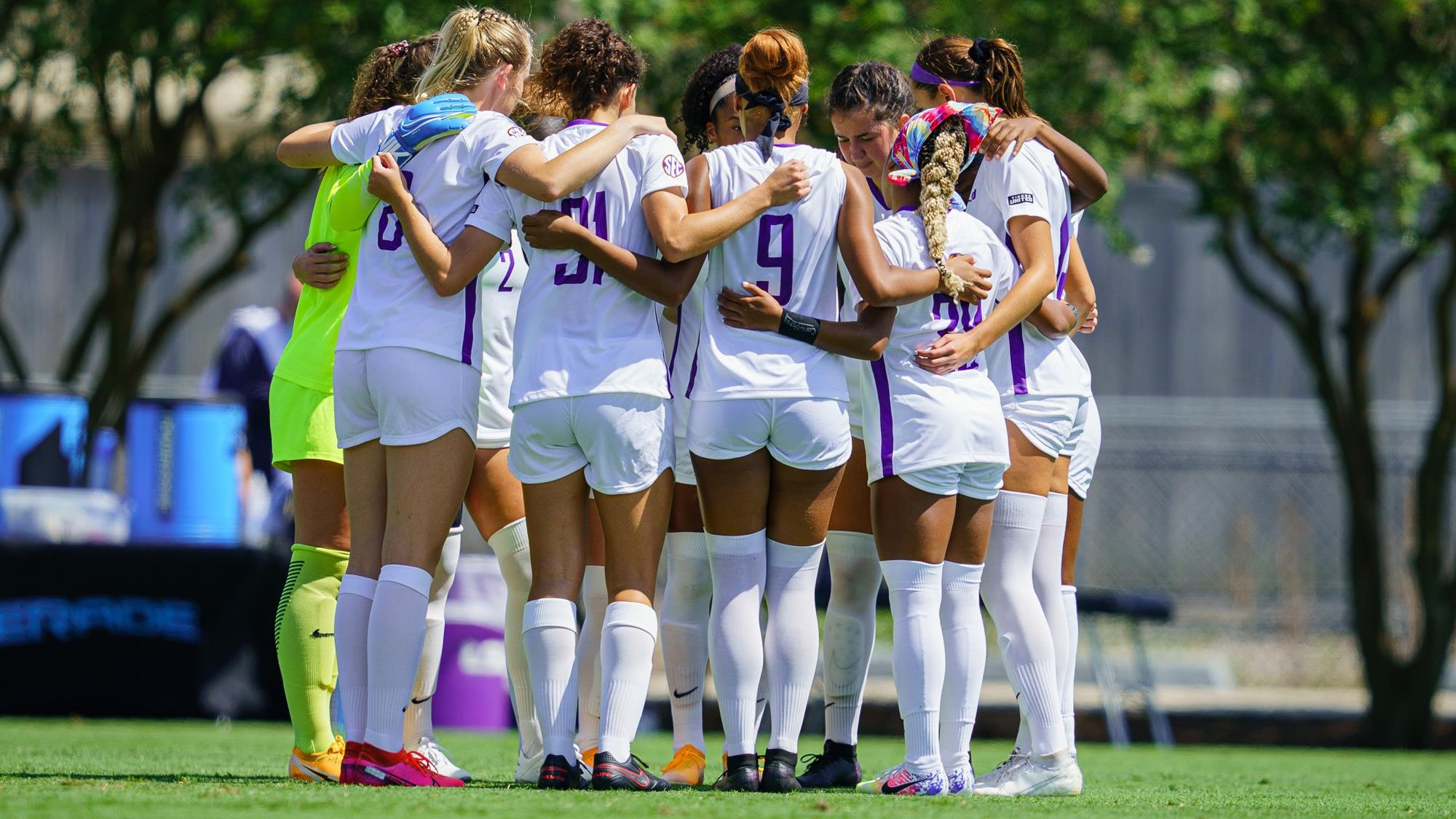 Baton Rouge, La. – LSU soccer (0-4-2) will play host to No. 15 Auburn on Monday afternoon at LSU Soccer Stadium. First kick is set for 2 p.m. CT and will be streamed on SEC Network+.

This will be the 30th meeting between the two schools. LSU has won eight contests in the series; the last win for LSU came in 2010, a 2-1 victory in Baton Rouge. Auburn has won 18 of the matches and there have been three draws.

Auburn (2-1-2) suffered their first loss of the season on Friday night to No. 6 Arkansas by a tally of 2-1. The LSU/Auburn match was originally scheduled to be played on October 3, but a positive COVID-19 test and subsequent quarantines of Auburn athletes postponed the match to November 2.

Capacity for LSU home matches this fall will be at 450 fans, which is 25 percent of the seating capacity at LSU Soccer Stadium. Admission is free and gates will open one hour prior to the start of the game. Fans will be required to wear face masks in order to attend matches, tailgating will be prohibited and physical distancing will be mandatory. Pod groups of two, four, six, eight, and 12 will be marked off by colored tape for proper distancing. All the protocols for Monday’s home match can be viewed at lsusports.net.

Tinaya Alexander and Taylor Dobles are tied for the team lead in points with four apiece. Alexander’s four points came via her two goal performance against Alabama on Oct. 23, and Dobles had a three-match point streak during October against Mississippi State (one assist), Missouri (one goal), and Alabama (one assist).

Dobles and junior midfielder Meghan Johnson have two assists apiece. Johnson assisted Dobles’ first career goal against Missouri and followed that up with another assist a week later against Alabama setting up Alexander’s first goal in that game.

LSU has five goals on the season – Alexander (2), Dobles (1), Molly Thompson (1), and Rammie Noel (1). Thompson has the most goals of any current LSU player with six. Other assists this season have been credited to Maddie Moreau and Lauren Robles, both of which were the first of their careers.

Mollee Swift has started five of six matches for LSU in goal. She has played 490 minutes and has a goals against average of 1.65. She’s made 20 saves thus far.

The Rest of the Schedule

Following Monday’s match, LSU will prep for its final regular season game of the year. The Tigers will travel to College Station to take on Texas A&M on Friday (Nov. 6) with first kick set for 7 p.m. CT. Going off the SEC standings right now, LSU is scheduled to play in the first round of the SEC Tournament in Orange Beach, Ala., on Friday, November 13.