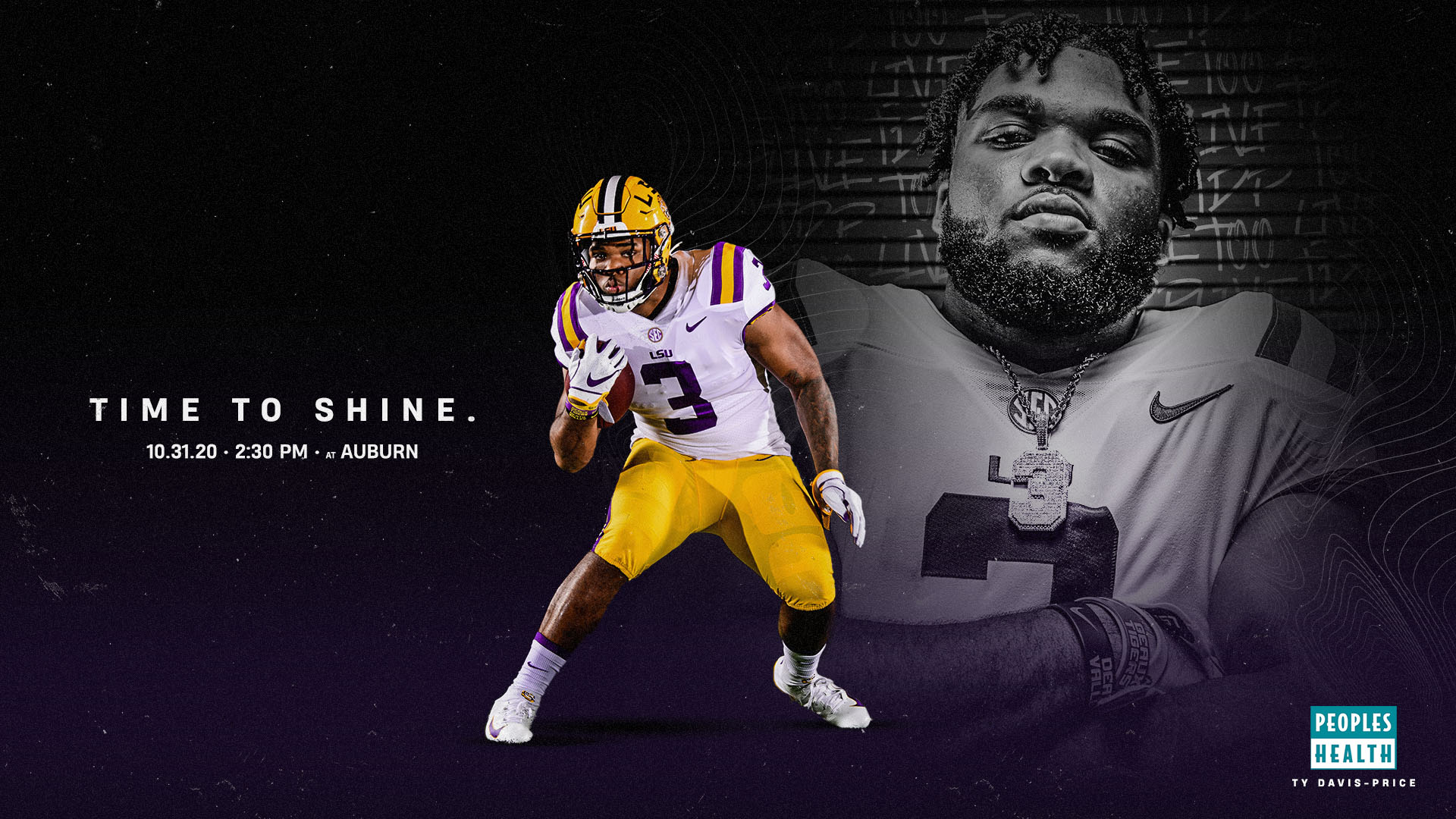 It’s never dull when LSU and Auburn clash, and Saturday’s contest between the SEC West rivals is as high-stakes as ever.

Ed Orgeron‘s Tigers (2-2) head to The Plains for a 2:30 p.m. kickoff from Jordan-Hare Stadium. The game will be televised on CBS and broadcast on the LSU Sports Radio network.

LSU will look to build on its 52-24 win last Saturday against South Carolina, who knocked off Auburn 30-22 earlier this season. Orgeron said Thursday that freshman quarterback TJ Finley will likely start, after he completed 17-of-21 passes for 265 yards and three total touchdowns against the Gamecocks. Starter Myles Brennan is still recovering from an injury suffered at Missouri on Oct. 10 and will likely be unavailable, but the team is confident in Finley’s abilities, especially after his stellar debut.

“I love his effort,” Orgeron said. “TJ came alive, man. It was his night. He’d been confident all week. He’s been confident since he came here. Not cocky, but confident. We love that about him.”

Finley was bolstered by a breakout in the running game, as Tyrion Davis-Price (22 carries, 135 yards, TD) and John Emery (18 carries, 88 yards, TD) combined for LSU’s best rushing attack of the year. The offensive line, led by guard Ed Ingram, generated plenty of push in the run game and kept Finley clean in the pocket, allowing the team to tally more than 500 yards of total offense.

“We have to run the football, especially on first down,” Orgeron said. “I thought our offensive line had their best game. That helped pave the way for TJ’s success. We couldn’t put it all on his shoulders.”

Wide receiver Terrace Marshall added two more touchdowns against South Carolina, giving him nine on the season in just four games. The junior has scored in seven straight games, tying a school record, and has 14 touchdowns during that stretch.

“We can put Terrace anywhere,” Orgeron said. “He knows the offense. He feels confident. Being healthy, I think that’s the biggest thing. The yards after the catch, he catches that slant, goes for that touchdown, breaks those two tackles. I think that’s where you see him making a bunch of improvement. He’s tall, is a big target, has great hands. Yards after the catch has been tremendous.”

Defensively, the Tigers continue to top the SEC in pass rushing metrics, leading the league in sacks (14), pressure percentage (40.5%), and hurries (57). Freshman BJ Ojulari registered three sacks against the Gamecocks and leads the SEC with four, and junior Ali Gaye is the pressure leader with 20 in four games.

“BJ Ojulari is a 4.0 grade point average,” Orgeron says. “Very smart. Hard worker. Three and a half sacks. If you watch his sacks, relentless effort. Very proud of them.”

The Tigers also got another interception from freshman Eli Ricks, his third of the season. He returned it for a touchdown. Coupled with kick returner Trey Palmer’s 93-yard kickoff return for a touchdown – the first by a Tiger in Tiger Stadium since Eric Martin in 1981 – and LSU scored touchdowns passing, rushing, on defense, and on special teams for the first time since 2011.

Auburn is 3-2 and fresh off a dramatic 35-28 win over Ole Miss on the road. They’re undefeated at home this season and are led by running back Tank Bigsby, who ranks fifth in the SEC with 86.4 rushing yards per game. Quarterback Bo Nix averages nearly 40 yards rushing and 221 yards passing per game, and the Tiger defense is third in the SEC in scoring defense.

This game is as heated a rivalry as either team plays all season. LSU has won three straight and seven of the last nine matchups, including a 22-21 win at Jordan-Hare in 2018 on a Cole Tracy field goal as time expired.

It’s a contest that never lacks for drama. This year’s iteration is sure to live up to that standard.

“As we know, Auburn and LSU is always a great matchup,” Orgeron said. “Sometimes comes down to the last play, sometimes will come down to special teams play. Whatever it is, I have a lot of respect for Gus Malzahn, his offense. The things that he does can give us problems. Already give us problems this year. I know we’re going to have to have our best game on defense this year to be successful at Auburn.”