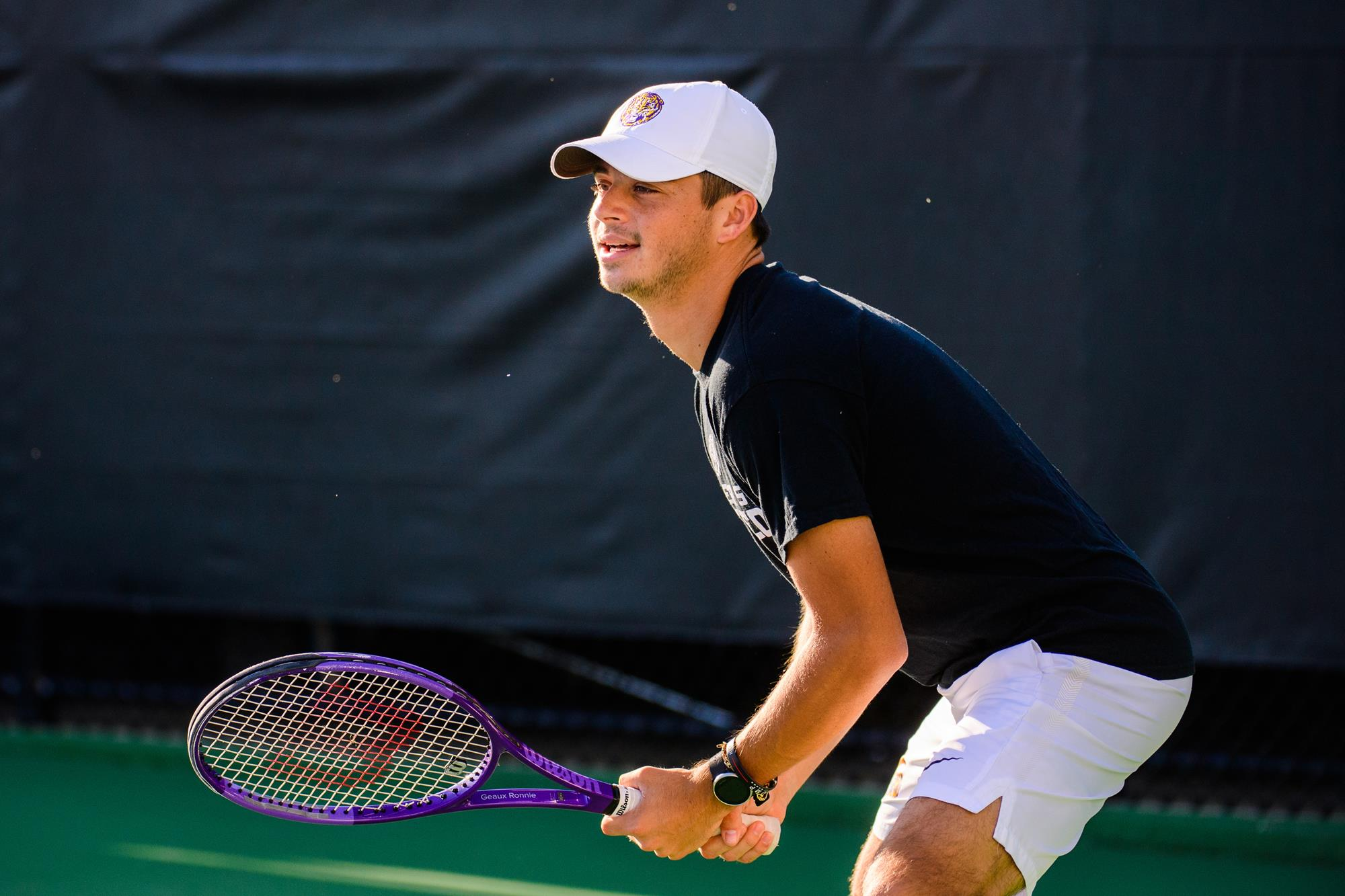 LSU faced off Alabama with a few Ole Miss matches mixed on Friday morning. Senior Rafael Wagner and freshman Ronald Hohmann were the only duos to receive a win with a score of 3-4 after Alabama retired. Sophomore Tomas Descarrega and freshman Tom Pisane went to a tiebreak against Alabama but were defeated 9-8(6). Malik Bhatnagar and Ben Koch were defeated by Alabama and Nick Watson and Boris Kozlov were defeated by Ole Miss 8-1.

Day Two saw the Tigers taking on a foe from the Oli Borsos Invitational in Mississippi State. LSU swept the day in doubles, going a perfect 4-0. Hohmann/Wagner won in dominant fashion over Mississippi State, 6-1. Bhatnagar/Koch went to a tiebreak but came out on top over MSU, winning 7-6(2). Watson/Kozlov also went to a tiebreak and just like the match before, won 7-6(6). Descarrega/Pisane finished the sweep in doubles, defeating Ole Miss 8-4.

LSU took on Tennessee on day three and the Vols got the best of the Tigers in all but one match. Bhatnagar/Koch was defeated by Rogers/Wallner, 6-1. Kozlov/Watson and Hohmann/Wagner both were defeated by a score of 6-2. The Vols completed the sweep, defeating Descarrega/Pisane, 6-4.

The Tigers have one final fall tournament November 6 through November 8 when they travel to Tuscaloosa for the Alabama Invitational and take on Alabama, Kentucky, and Vanderbilt.