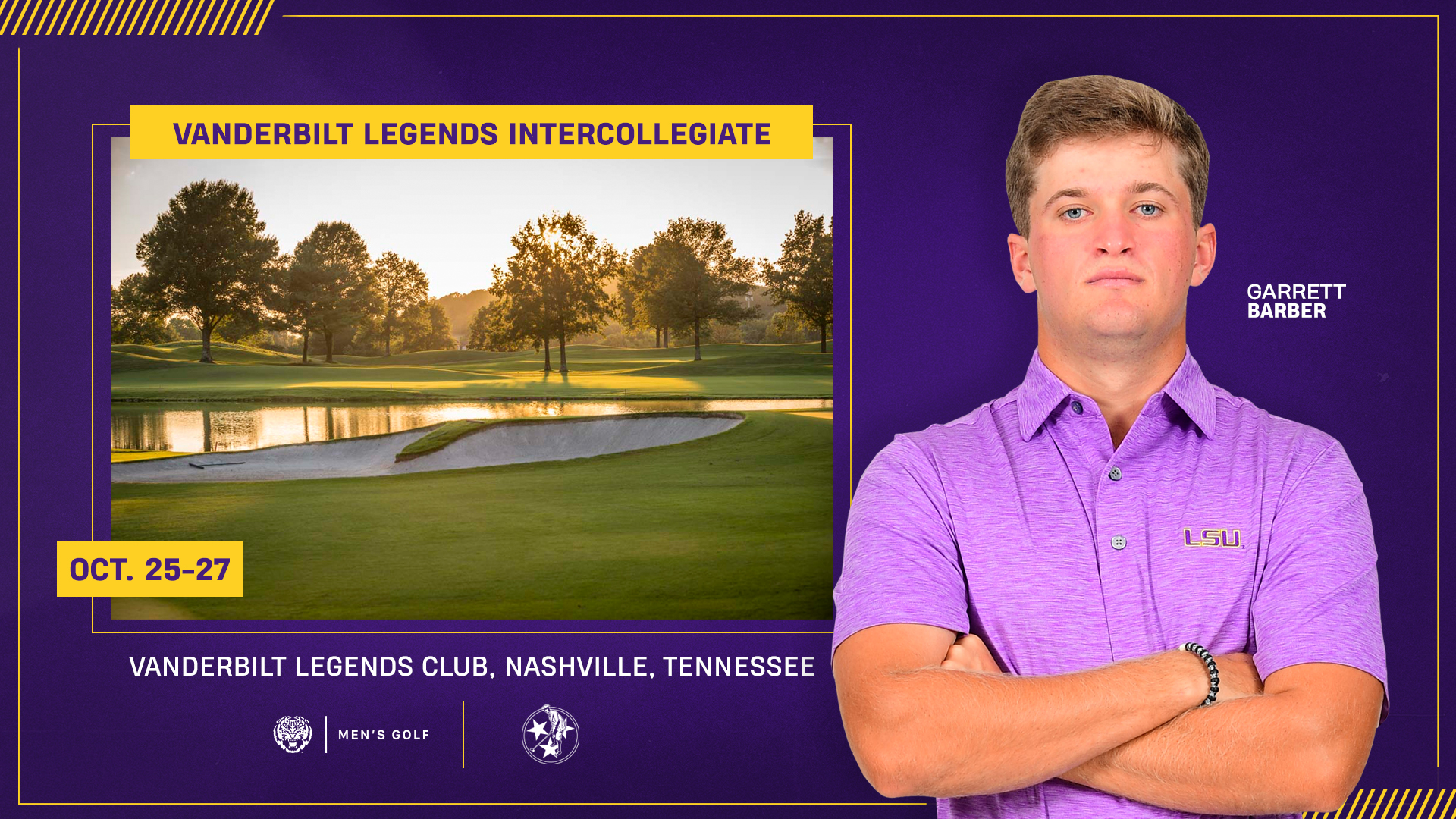 It will be the traditional play five, count four format for the Tigers going up against the other 13 Southeastern Conference members in competition. LSU will tee off for round one of the tournament on Sunday morning at 9 a.m. CT off the first tee; the Tigers will be playing alongside Kentucky and Mississippi State. The Vanderbilt Legends Club will play as a par 72 at 7,190 yards.

LSU will go with the starting lineup of junior Trey Winstead, senior Philip Barbaree, junior Garrett Barber, freshman Drew Doyle, and sophomore Connor Gaunt. It will be Doyle’s first-career start for the Tigers. Gaunt goes off at 9 a.m. and will be followed in 10-minute increments by Doyle, Barber, Barbaree, and Winstead.

This will be the second of three tournaments on the schedule for the men’s golf team this fall. Following this event, the Tigers will close out the fall with a trip to Birmingham, Ala., for the Jerry Pate National Intercollegiate at the Old Overton GC Nov. 8-10.

The Tigers placed seventh amongst SEC teams at the first tournament of the fall season with a 19-over 883 at the difficult Blessings Golf Club in Fayetteville, Arkansas. Barber and Winstead both led the way at the event with ties for 16th place at 3-over 219. Barbaree and Gaunt will be making their second starts of the season, while the aforementioned Doyle will be making his LSU debut.

The Tigers are averaging 294.33 strokes per round this season through 54 holes as a team. They made a season high 17 birdies on day one of the Blessings Collegiate collectively. Garrett Barber and Trey Winstead are both averaging 73 strokes per round individually to lead the squad.

Philip Barbaree is the most experienced player on the squad having played a total of 119 rounds for the Tigers throughout his career dating back to the spring of 2017. He owns a career scoring average of 72.32 strokes per round which currently ranks as the fourth lowest scoring average in school history. Winstead (72.42 career average) and Barber (72.56 career average) rank No. 6 and 7 in school history as well.