Preview: Tigers Back at Home to Face South Carolina 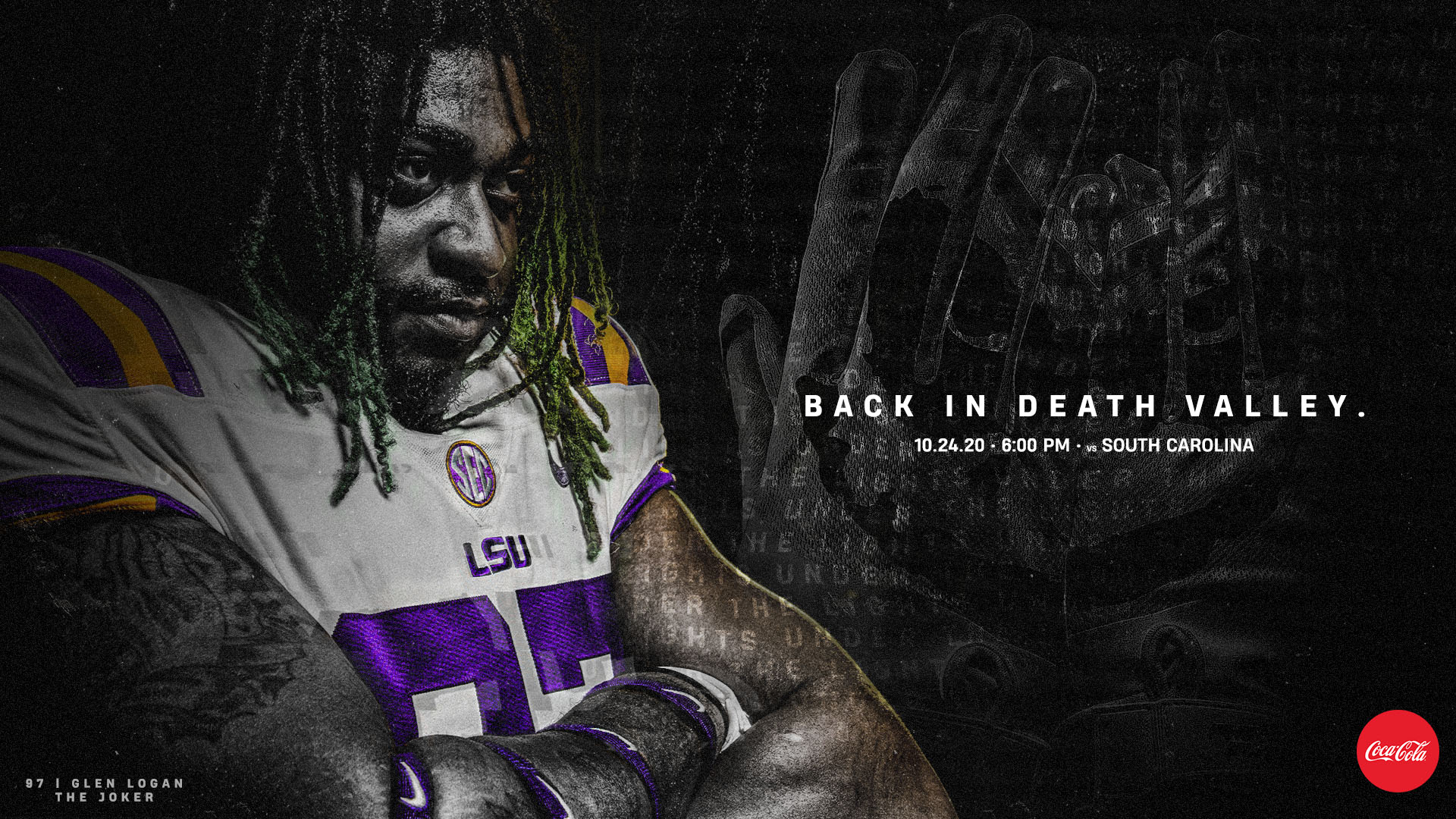 At 6:24 p.m., the sun will find its home in the western sky, and it will be Saturday night in Death Valley.

After an unexpected bye week, LSU (1-2) returns to Tiger Stadium for a matchup with South Carolina (2-2) Kickoff is set for 6 p.m. on ESPN and the LSU Sports Radio Network.

It’s the first night home contest of the season for LSU, whose Oct. 17 kickoff against Florida was rescheduled to Dec. 12, in accordance with COVID-19 protocols concerning a number of positive tests in the Gators’ program.

The Tigers will look to improve to 12-0 after a loss under Ed Orgeron, following a 45-41 road defeat to Missouri in a contest originally scheduled for Tiger Stadium but moved due to Hurricane Delta.

The most electric atmosphere…
Anywhere! pic.twitter.com/R5b0uGE2Uk

Under center, the Tigers will turn to true freshman quarterback TJ Finley, who will get the start at quarterback in place of injured starter Myles Brennan. Finley will be LSU’s first true freshman starting quarterback since Brandon Harris started at Auburn in 2014 and its first to make his starting debut in Tiger Stadium since Herb Tyler in 1995.  The Ponchatoula native was the state’s top-ranked passer in the class of 2020.

“TJ is a hard worker,” said head coach Ed Orgeorn. “He’s very cerebral. He’s always studying football. He’s always had a cannon for an arm. It was more or less putting a little touch and more or less reading the defense and accuracy. I think he’s come a long way.”

Finley just edged out fellow true freshman Max Johnson. Orgeron described it as practically “a flip of a coin” and said Johnson will very likely get action on Saturday. While Finley is more of a pocket passer, Johnson is a left-handed, dual-threat quarterback who broke off several long runs in fall camp and scrimmages.

“I just want to give both a chance,” Orgeron said. “But it all depends on the flow of the game. You might get in the game and TJ is hot, then I’m not gonna take him out. We’re not gonna be impatient with him, either, but I do want to play both. I want to see what both of them can do.”

.@emilyvdixon has the Last Word with Coach O before the Tigers take on South Carolina

Brennan threw some in practice this week and will dress out Saturday, but Orgeron has ruled him out of action. The team is taking a “wait and see” approach with his injury, which Orgeron did not disclose. Brennan ranks second in the SEC with 370.7 passing yards per game and is third with 11 touchdown passes in just three games.

Terrace Marshall and Arik Gilbert will look to make life on Finley and Johnson easier. Marshall has exploded in his junior season, with 141.3 receiving yards per game (second in the SEC) and 7 touchdowns (first in the SEC) in just three games. He has at least two touchdown catches in five of his last six games, dating back to last season. Gilbert, a true freshman, is coming off a six catch, 97 yards, one touchdown outing against Missouri and has 14 catches for 177 yards and two scores in his first three career games.

Orgeron would like to see LSU lean on the run game more, as well. The Tigers have three capable backs in John Emery, Tyrion Davis-Price, and Chris Curry, with Emery leading the SEC in first down/touchdown percentage (42%).

Defensively, the Tigers aim to simplify their approach against South Carolina. LSU’s struggles in two of three games this year boil down to miscommunication and confusion, Orgeron said this week, so he’s asked defensive coordinator Bo Pelini to make the scheme less complex and get LSU’s athletes in positions to make plays.

“I think we’ll play lights out,” Orgeron said. “I really think we’re going to play our best game. We can feel the energy in the office. I feel the energy in the meetings. I see the corrections being made. Today the defense was barking out signals. They were fired up and fitting the run. I thought our offense was clicking today. I feel good about the way our team has practiced this week. Now, obviously, we have to do it on Saturday night.”