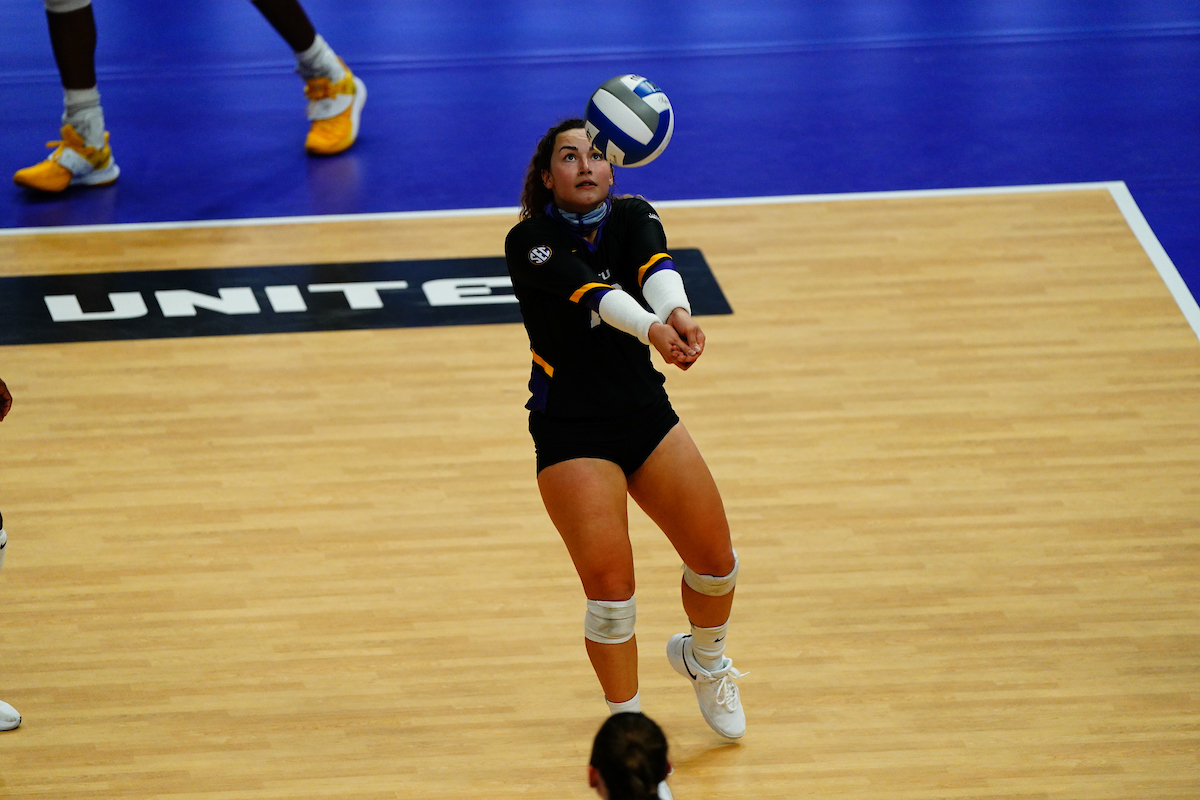 The Tigers have their bye week next week and will play their final home series of the Fall November 7-8 against Ole Miss back in the PMAC. First serve is slated for 1 p.m. CT both days.

Samarah Hill recorded her seventh career double-double and third in a row with 11 kills and 12 digs on the match. Taylor Bannister tallied a match-high 22 kills to go along with seven digs and three aces.

Jill Bohnet tallied a match-high of 22 digs while Karli Rose had 38 assists.

On being able to secure two straight wins…

“Well it’s great, you know, Mississippi state is always a really difficult team for us to play. They play great defense; their coaches do a great job. Today I thought our team responded really well to doing what we asked them to do. We had so many errors last night, unforced errors. We cleaned up play. We still had our stretch of unforced errors, but it was shorter lived, and we were much more in control of the match. Proud of our effort, proud of our preparation, and excited as we get a little bit more time to train and see where we can go in a couple weeks.”

“She’s just such a great volleyball player. She just understands the game and she makes the game look easy. She’s one of those kids who has great vison and can create and can hit any shot on the court at any pace. I thought she did a great job of picking them apart and crushing a couple balls. You know she’s becoming our stabilizer of ball control and defensively. I’m not surprised about, but didn’t know how fast that would happen. I’m happy its happening this fast.”

“The first step is recovery. Four matches, you know after being off for this long, in 6 days is really tough. So, physically we’re done, we’re done. We’re going to take a little break. Our training has got to take another step. We now have creditability as coaches. Now they can put it into match speed. And they can now say, hey ‘I now understand how to do this.’ I think we will take some huge steps in the next weeks. I’m excited to get in the gym and train.”