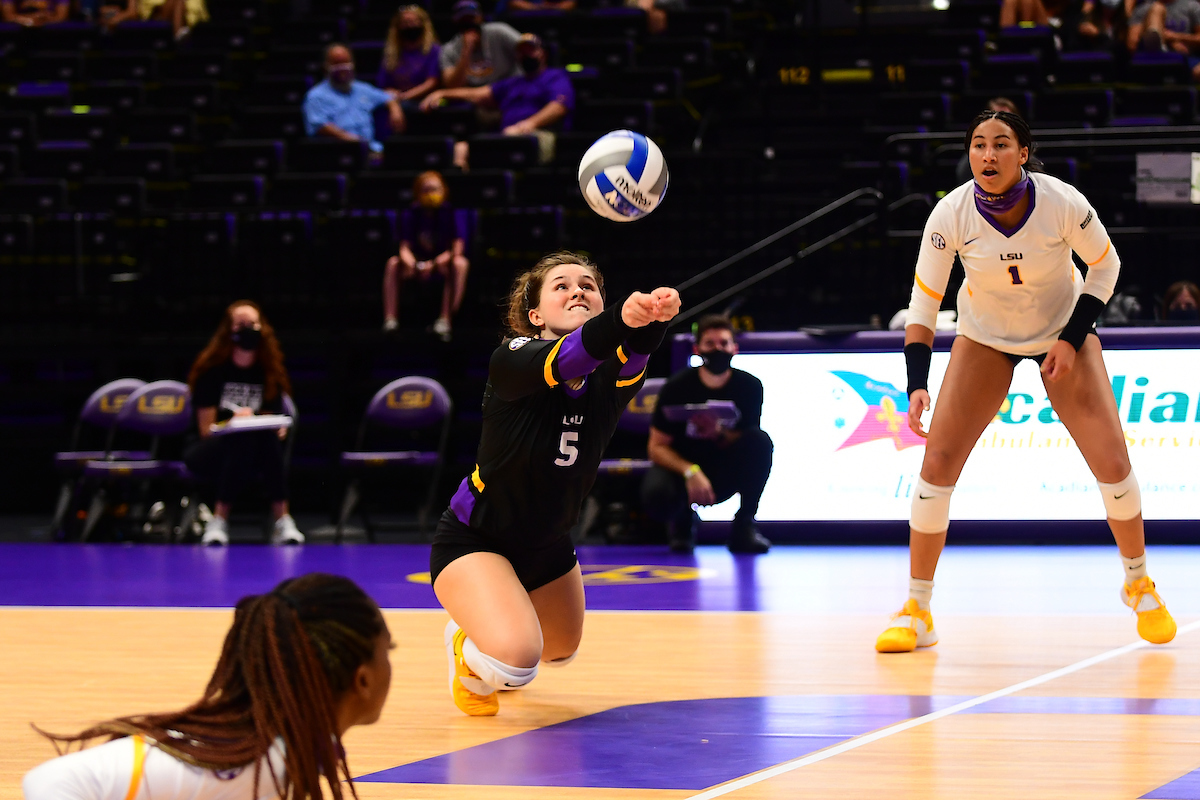 BATON ROUGE – The LSU volleyball team defeated Mississippi State in the Pete Maravich Assembly Center Tuesday night in four sets by scores of 25-17, 22-25, 25-11 and 25-23. The Tigers moved to 1-2 on the season while Mississippi State fell to 0-3.

LSU is set to square up against Mississippi State again Wednesday night at 6 p.m. CT in the Pete Maravich Assembly Center. The match will be streamed on SEC Network+ and via live stats.

Taylor Bannister recorded her 10th career double double and her third straight with a match high 18 kills to go along with 14 digs.

Samarah Hill also recorded a double-double with 12 digs and 10 kills. She earned her 10th kill of the match on the closing point. Karli Rose was the third Tiger with a double-double, tallying 52 assists and 10 digs.

Freshman Alia Williams recorded her first career kill and tallied three in total for the night.

On picking up the first win of the season…

“Well it feels good, but disappointed in our level of execution. Certainly, thrilled with the outcome. We fought hard. Mississippi State is a team that keeps you on the court. We had a great start, then they kind of lulled us into their style of play and we began to air out. They do a great job of that, so credit their coaching staff for preparing a great game plan. And our young kids responded to the game plan. We have to be more resilient on our side. We have to play more our style of volleyball and our type of pace. We have to be a whole lot more efficient tomorrow.

“A great start for Alia and she’s been doing that in practice slowly, coming along, adjusting to pace, level of play, and height above the net. What a great coming out party. That’s a great contribution. We don’t win the match without Alia coming off the bench today.”

On Bannister’s and Hill’s double-doubles…

“You know, they’re stabilizers. they’ve been there done this, and have to be people that contribute in the ways they did tonight. You know we need defense, we need offense, they have to able to play the whole game, and I thought they did a good job of it tonight.”