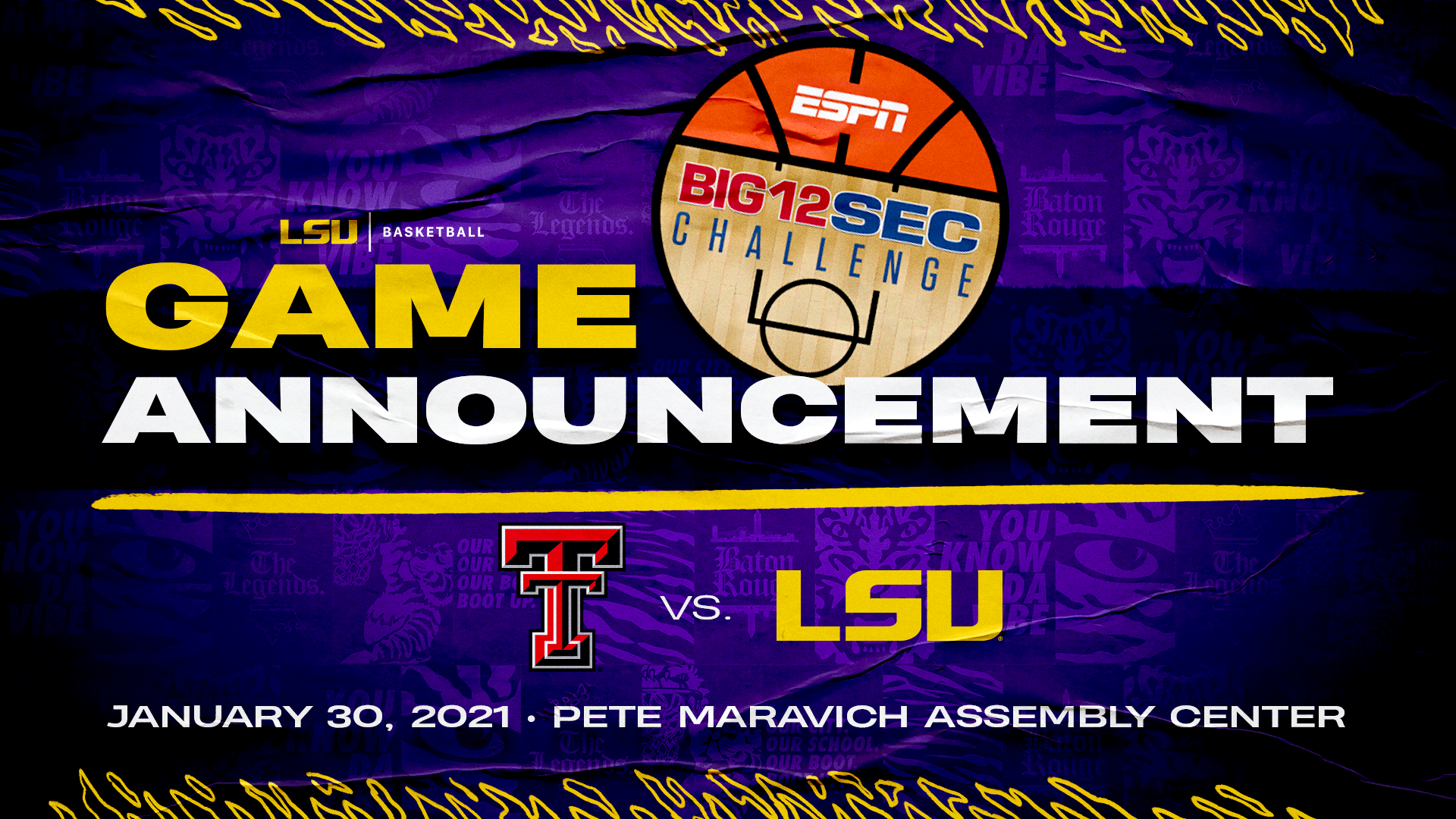 BATON ROUGE – The Southeastern Conference, the Big 12 and ESPN announced on Wednesday the matchups for the 2021 SEC/Big 12 Challenge and the Tiger basketball team is scheduled to host Texas Tech in the eighth annual series of games on Jan. 30, 2021 at the Pete Maravich Assembly Center.

This will be the sixth year that a bye in the league schedule for participating teams was created to accommodate the single-day format. The first two years of the challenge were played over several days in November and December but the last five events have been consolidated to one single day in January. ESPN, ESPN2 and ESPNU will combine to televise the contests.

Last year, LSU won for the SEC with a 69-67 win in Austin against the University of Texas. LSU finished 21-10 after the 2019-20 season was ended early by the national pandemic. Texas Tech was 18-13 a year ago and lost in overtime in Lubbock last year in the Challenge to Kentucky, 76-74.

Start times and network designations for the games, along with ticket information will be announced at a later date.