Lindblad in Lead at The Ally After First Round 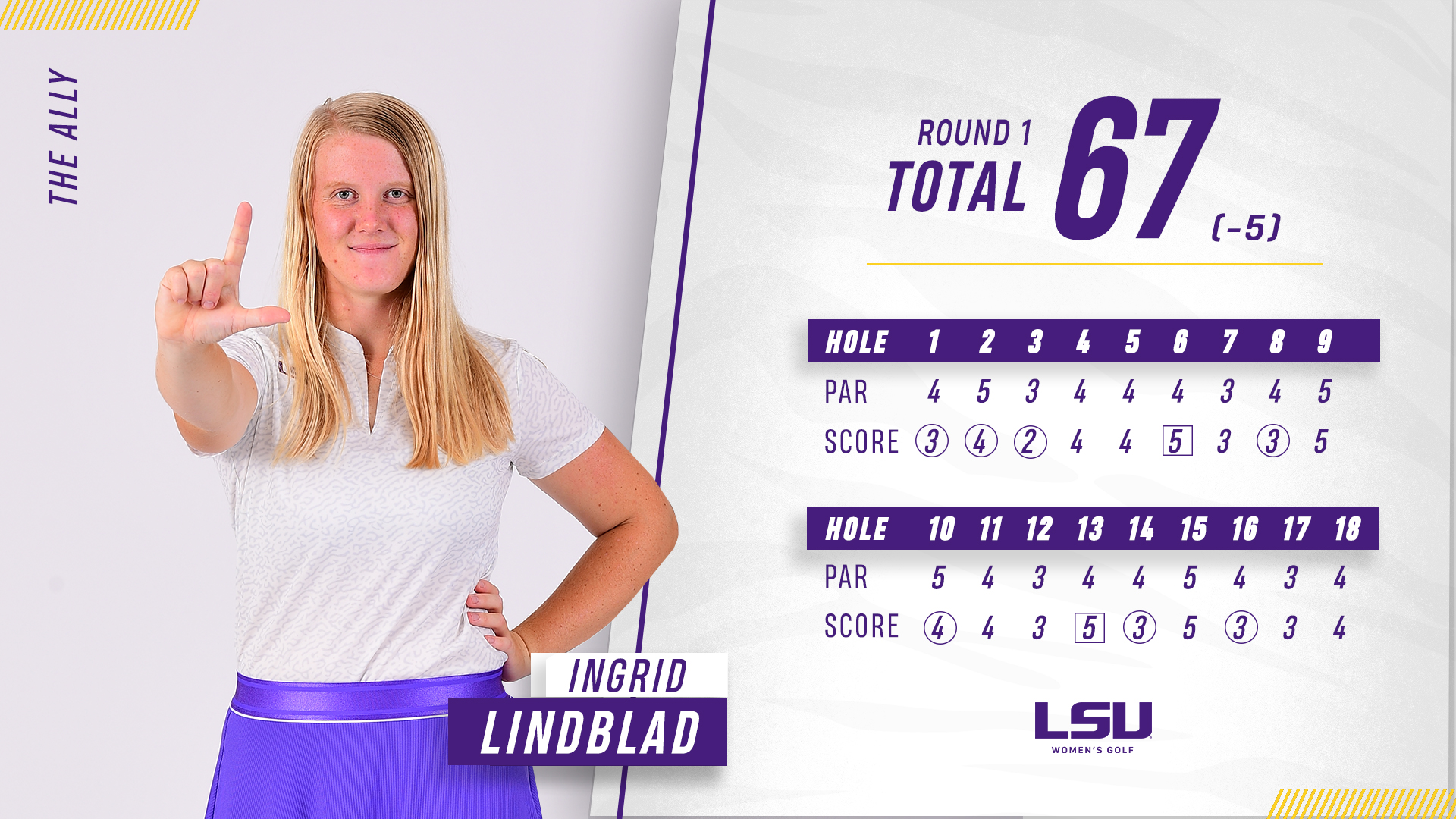 WEST POINT, Miss. – LSU sophomore Ingrid Lindblad is sitting in first place at The Ally after shooting a 5-under 67 for the second time this season to open a tournament, while as a team No. 13-ranked LSU sits in fifth place after shooting even on the first day.

“This was a good start to the tournament for us,” said LSU women’s golf head coach Garrett Runion. “You can’t win a tournament on the first day, but you can certainly play your way out of it, but we didn’t do that today. Ingrid played great again and Kendall (Griffin) and Carla (Tejedo Mulet) were able to post meaningful scores for us.”

Lindblad started the round with three consecutive birdies and maintained that score through the front nine after a bogey on six and a birdie on eight. She started the back nine with a birdie, dropping to 4-under, then bogeyed 13 and birdied 14 to stay at 4-under. After being in a tie for second for a majority of the round, Lindblad shot birdie on 16 to take the lead.

Tejedo Mulet and Griffin made a couple of early bogeys, but pushed through to get to even and 1-over, respectively, at the turn. Tejedo Mulet, a freshman, went 2-under over her last 13 holes, including nine straight pars on the back nine to finish the round at even 72 and in a tie for 21st place. Griffin, a senior, ended the round at 2-over 74. Sophomore Latanna Stone provided the fourth score of the round at 3-over 75.

“Ingrid had good vibes out here today from her winning performance last year. I’m really proud of Kendall and Carla. After making a couple of early bogeys, they rallied to keep us in the hunt.

“We are going to go out tomorrow and work on cleaning up some of our mistakes. We had a few too many three-putts as a group. Other than that, we played well today.”