Volleyball Set To Begin Season At No. 8 Texas A&M 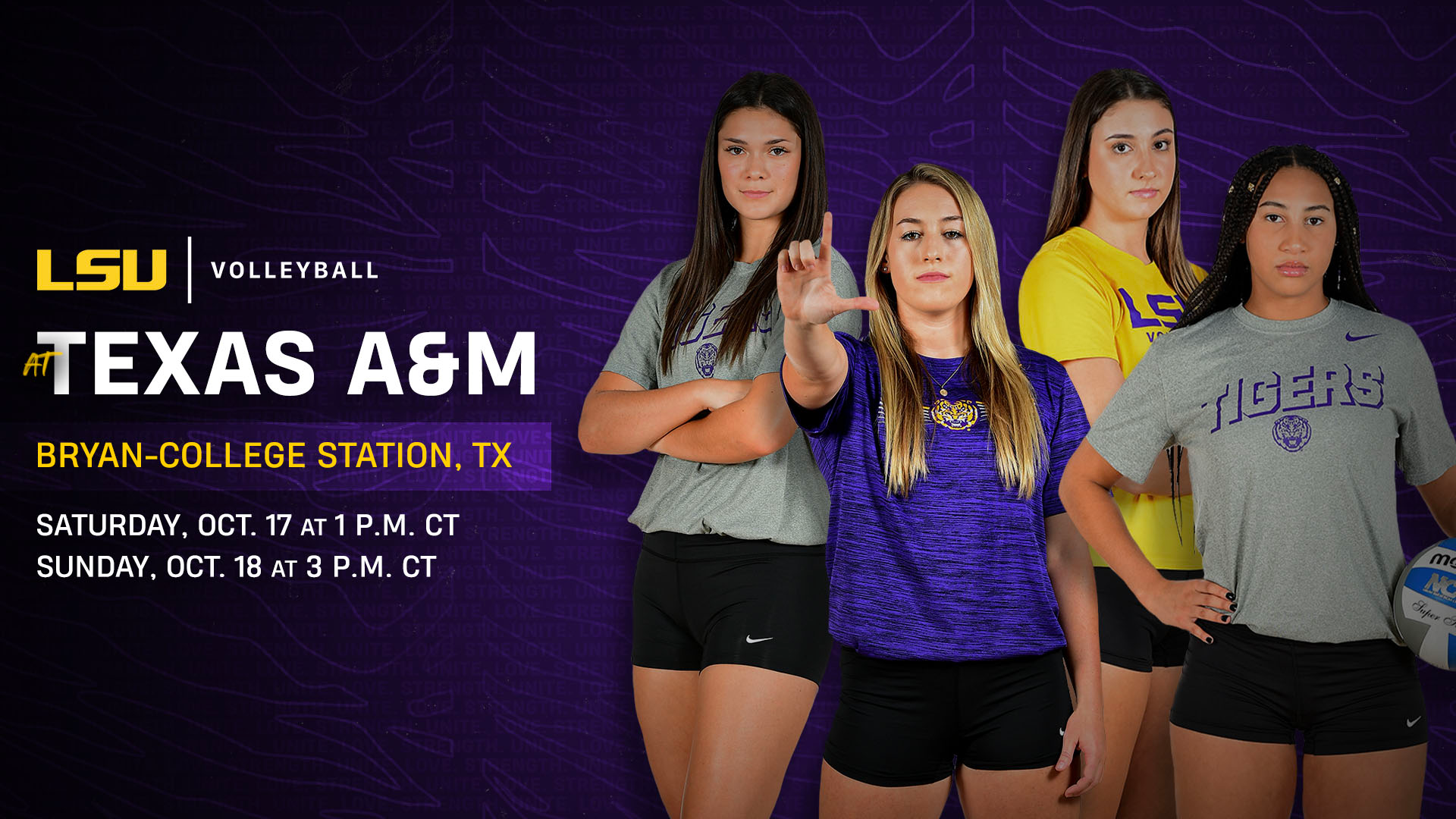 BRYAN COLLEGE STATION, Texas – The LSU Volleyball team is set to begin its season this weekend with matches on Saturday and Sunday against the eighth ranked Texas A&M Aggies in Reed Arena, marking the latest season start date in program history.

“Our team is excited to get the season started this weekend,” said LSU head coach Fran Flory who is entering her 23rd season leading the Tigers. “It has been a long haul but a productive one to prepare to get to compete for the first time in 2020.”

In the two team’s only matchup last season, LSU defeated No. 25 Texas A&M in four sets at home, marking the program’s first Top-25 victory since 2010.  When the Tigers face the Aggies this weekend, it will be with much of the same team from last season’s win.

The Tigers’ home opener will take place next week when LSU hosts Mississippi State for matches on Wednesday and Thursday, both at 6 p.m. Click here for all of the updated policies inside the PMAC.

The Tigers 2020 with a roster that includes all of the major stat leaders from last season and a team that has grown in closeness after going through adversity throughout the offseason of uncertainty.

“We feel we have a great combination of talent skill and experience and a group of players who have melded together into a super close knit team,” Flory said. “They believe in each other and that will carry us along way through the season as we navigate the uncertainty of everything around us.”

Last week, senior right side hitter Taylor Bannister was named to the Preseason All-SEC team for the third straight season. She coming off a year in which she led the Tigers with 438 kills and 21 service aces on her way to being named to the AVCA All-American Honorable Mention team.

Senior libero Raigen Cianciulli has led the Tigers in digs in each of the past three seasons and became the fastest player in program history to reach 1,000 career digs when she reached that mark during her sophomore season. She currently sits just 107 digs away from setting the LSU record for career digs.

Junior Whitney Foreman, who moved from middle blocker to outside hitter over the offseason, led LSU the past two seasons in blocks. She tallied 193 kills last year too. With Forman sliding to outside hitter sophomore middle blocker the Tigers will look for sophomores Anita Anwusi and Allee Morris to step up. Anwusi averaged 1.12 blocks per set last season, fourth highest in the SEC, and should see her total blocks jump up with as she sees more action as should Morris.

The freshmen class of Paige Flickinger, Dylan Maberry, Alia Williams and Maddie Telford will look to make an impact this year too, coming in as the No. 22 rated class in the country by PrepVolleyball.com.