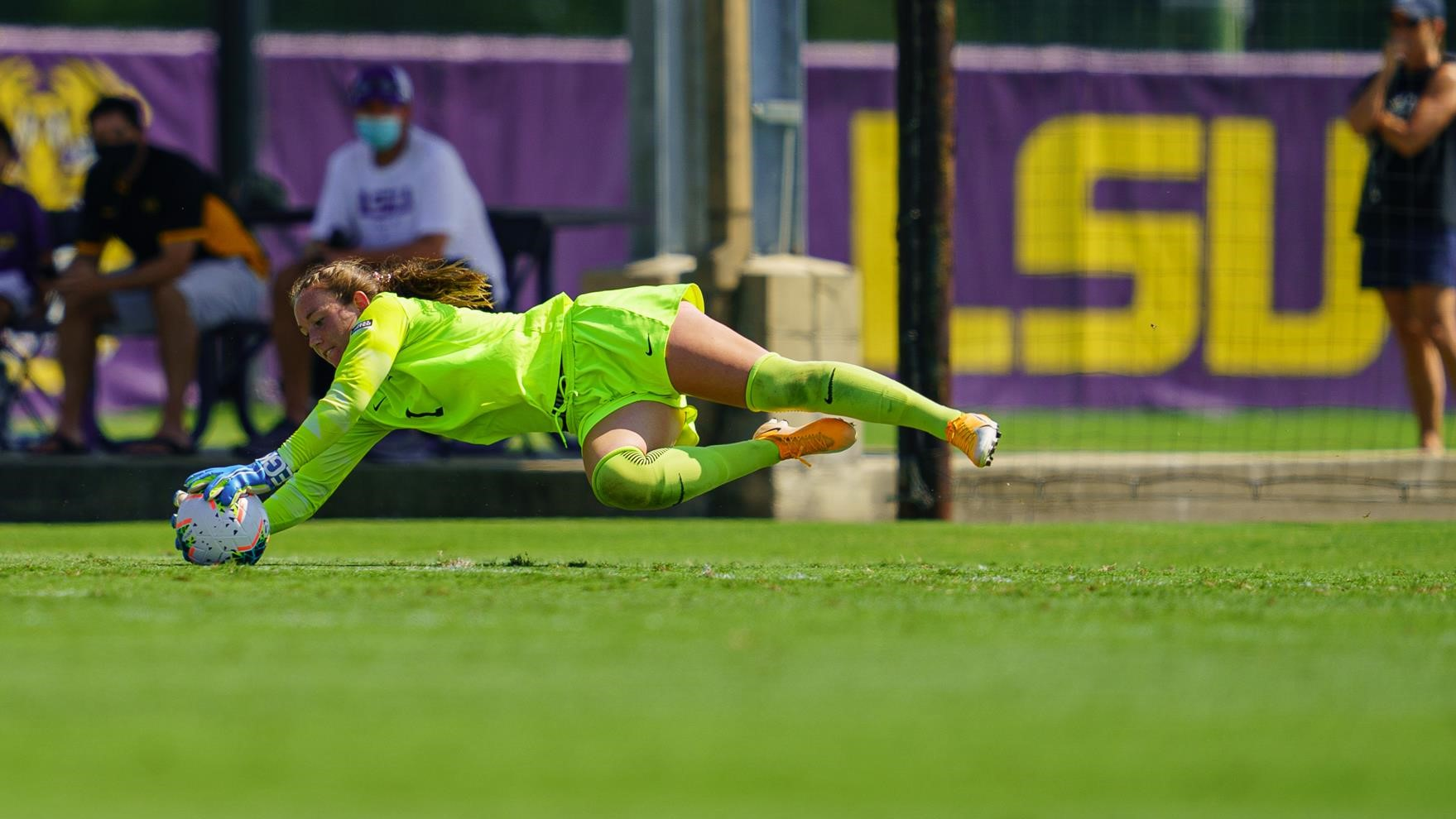 Baton Rouge, La. – LSU soccer (0-3-0) will hit the road for the second straight week as they travel to Columbia, Missouri, for a match against Missouri (1-2-0) on Friday night (Oct. 16). The match will begin at 7 p.m. CT and will be streamed on SEC Network+.

The series between LSU and Missouri dates back to 2012; LSU has been the more proper side winning six of the eight matches. LSU has won two straight in the series and the last match between the two schools came at the 2018 SEC Tournament in the opening round. LSU outdueled Missouri with a 3-2 double overtime victory thanks to Alex Thomas’ hat trick.

Missouri enters Friday’s match with a record of 1-2-0; their lone win of the season came against No. 13 Vanderbilt on Oct. 3.

Sophomore forward Rammie Noel scored LSU’s first goal of the season last weekend against Mississippi State. With LSU trailing 1-0 in the early stages of the second half, Noel slashed through the box into the six and finished off Taylor Dobles’ beautiful ground cross to bring things level. Noel was assisted on the play by Dobles and Maddie Moreau which was the first career assist for the two of them.

Noel has been a problem for all three opponents LSU has faced this season. She’s beat defenders off the dribble, she’s set up teammates with good looks, and has provided great energy for the LSU squad. Noel has two career goals and one assist to her name. Both goals have been scored against Mississippi State and her lone assist came in 2019 against Kentucky.

LSU only has one goal to show for in three contests but the Tigers have registered some quality chances and had a bit of tough luck as well. Take for instance the season opener against Arkansas. The Tigers lost that match 2-0, but had three really solid opportunities to put the ball in the net. Two of those three chances had the keeper beat, but the ball deflected off the post.

Rewind to last weekend against Mississippi State and a little bit of the same thing. After LSU fell behind early on, Taylor Dobles worked her way into the box and rifled a low liner on goal, that once again beat the keeper, but caromed off the left post. Dobles was the recipient of more tough luck later in the game when she thought she had given the Tigers a 2-1 advantage with around 13 minutes left to play. Freshman Abby Smith played a ball into the right side of the box and Dobles lifted a shot into the top left corner of the goal, but she was ruled offsides by a narrow margin.

LSU has had eight players make their Purple and Gold debuts this season. Taylor Dobles has started all three matches, and Wasila Diwura-Soale and Jordan Johnson have started two matches apiece. Mollee Swift (two starts) and Bella Zanotelli (one start) have made their LSU debuts in goal. Savannah Mills has seen action off the bench in two of the first three matches, and freshmen Lauren Robles and Abby Smith saw their first action against Mississippi State.

LSU lost its road contest to Mississippi State, 2-1. The Tigers did score their first goal of the season when Rammie Noel found the back of the net in the 55th minute. It was her second career goal, both of which have come against Mississippi State, and Taylor Dobles and Maddie Moreau picked up their first career assists on the play.

LSU has generated 18 corner kicks in its first three matches for an average of six per contest. That is a mark that ranks No. 12 nationally.

Chiara Ritchie-Williams and Maddie Moreau are serving as team captains this fall. Ritchie-Williams is the most experienced player on the squad and she is showing how valuable she is with a position change this season to the midfield. In her first three seasons, Ritchie-Williams anchored the backline for LSU at the centerback position, but for her senior season she has moved up to the midfield and will play a major role in LSU’s success. She has played in 62 career matches, starting 61 of those, and logged a total of 5,728 minutes. Moreau has played at leftback during her two seasons at LSU. She’s scored one career goal, registered her first career assist last week, and has played a total of 1,959 minutes out of possible 1,960 minutes in 21 career matches.