The Truth: Backs Against the Wall 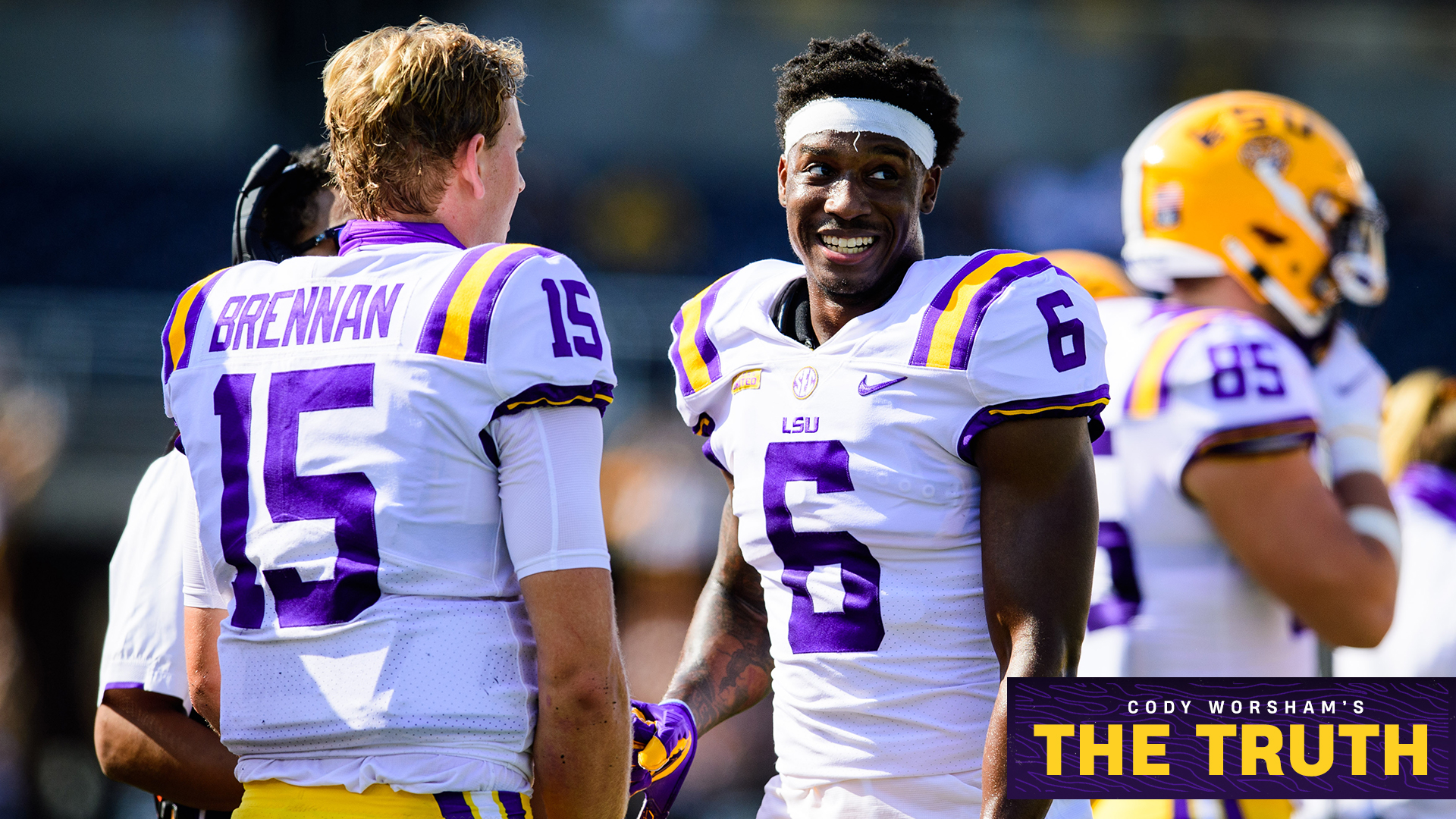 Ed Orgeron is used to going to Gainesville with his back against the wall.

Rewind to 2017. LSU was 3-2, winless in the SEC, and fresh off a home loss to Troy when Orgeron led the Tigers into The Swamp.

They came away with a 17-16 win, salvaging the season and setting the tone for a program that would hoist the national championship trophy 818 days later.

A repeat effort would be awfully nice this week. The Tigers are 1-2 for the first time since 1994 and take on a Florida team with a potent offense and a point of its own to prove after a road loss to Texas A&M.

Orgeron’s defining trait as a coach has been his ability to catalyze failure into motivation for success. The Tigers need every bit of that energy this week, because to beat the Gators, there is plenty to fix, enough to build off of, and little time to do both.

For Orgeron, it starts with him and his coaching staff, first and foremost.

“It starts with the coaches,” Orgeron said Monday. “We’ve got to coach them better. There’s some things going on on that film, some busts, guys running wide open. Not the right calls on the goalline. We didn’t block some people. As coaches, we’ve got to clean stuff up.

The biggest challenge of the week will be to fix a defense that ranks 51st of 76 teams in scoring defense, 71st in total defense, and 75th in passing defense.

Orgeron said the defense will do two things, primarily: change personnel up front to get bigger on the defensive line and stop the run, and simplify coverage schemes.

In the season opener against Mississippi State, LSU blitzed often and played Cover 1 behind it – man to man across the board with a single deep safety. The Tigers blitzed on 34 of 66 (52%) pass rush snaps and ran Cover 1 on 49 of 78 (63%) of total defensive snaps against Mississippi State, according to Pro Football Focus. But without Consensus All-American corner Derek Stingley, the Tigers struggled in one on one coverage.

While the defense has struggled, the offense has not, ranking 5th in passing offense and 17th in scoring and total offense. While far from perfect and with still plenty to fix, the Tigers’ have moved the ball effectively, thanks to the continually improving play of Myles Brennan and the sheer dominance of Terrace Marshall Jr.

Brennan had his best day against Missouri, throwing for 430 yard and four touchdowns. Mizzou decided to stack the box and play its safeties closer to the line, and Brennan did a masterful drop throwing it behind them.

LSU stacks Marshall (??) behind McMath (??) to prevent press. Free release, and he runs right past safety and corner.

Missouri’s plan did stop LSU from running the ball consistently, but it left Marshall on an island with space to run into. Last year, Justin Jefferson was the Tigers’ dominant threat in the middle of the field, but this year, it’s Marshall’s territory. On throws of 20+ yards between the hashes, Marshall has caught 4-of-4 targets for 207 yards and 3 touchdowns.

Brennan improved outside of the pocket, completing 5-of-9 passes (with two throwaways) for 70 yards and a touchdown when scrambling. He extended plays with his legs beautifully on his second touchdown to Marshall and another long completion to Marshall down the right sideline. He also improved against pressure, which is usually the area first-year starters struggle with most early.

Brennan shined despite taking an early hit outside of the pocket and dealing with pain the rest of the game. He won’t practice Monday while he recovers – Orgeron expects him back Tuesday – but he proved Saturday he had the guts to stand tall when times were tough.

“I’m probably most proud of him for taking that hit on the sideline and coming back,” Orgeron said. “The question was, was he tough enough to take a hit? I thought he was. But I always said we’ve got to wait in the game to see if he can do it. And he came back, he stepped up in the pocket, he made great decisions.

“He took the big hit down near the goalline, and he kept on comin‘.”

All is not perfect for LSU’s offense. The run game was out of sorts Saturday, which proved costly on a game-ending goalline stand from Missouri. Twice LSU tried to punch it in on the ground from one yard out, and twice they failed. The two ensuing pass attempts fell incomplete, and the Tigers lost.

Arik Gilbert, who had 97 yards receiving and a touchdown, wasn’t in during the crucial goalline stand. But if the Tigers score on the ground, he’s not missed.

Orgeron said Missouri stacked the box – see above – and limited what LSU could do in the run. The Tigers are averaging just 1.39 yards before contact, 31st among 38 Power 5 offenses.

“We do have to be more creative in the run game,” Orgeron said. “I believe that when we get our guys outside, especially John Emery, we can get outside and run the football. We’ve got to be able to run the ball better on first down.”

As a result, LSU struggled in third down situations, going 0-for-10 and facing a season-worst 9.7 yards, on average, to move the chains. But third and short has been the bigger issue for the Tigers in 2020, as they’ve converted only 50% of their third downs of two yards or fewer.

A quick third down breakdown for LSU this year. Third and long was a problem Saturday, but converting 3rd and short has actually been the bigger issue for the season. pic.twitter.com/GibtoDH9Pt

Ed Orgeron asked by @RabalaisAdv about his comment from earlier in the preseason about this year’s defense being better than last year’s.

“I saw a defense with a lot of pressure, running around, making plays.”

“I still think we can have an outstanding defense.” pic.twitter.com/qCb6Kkwm9D

7: Terrace Marshall has as many touchdowns (7) as incomplete targets in 2020.

20/1,000: Terrace Marshall’s goals for touchdowns and yards before the season, with a 12-game schedule.