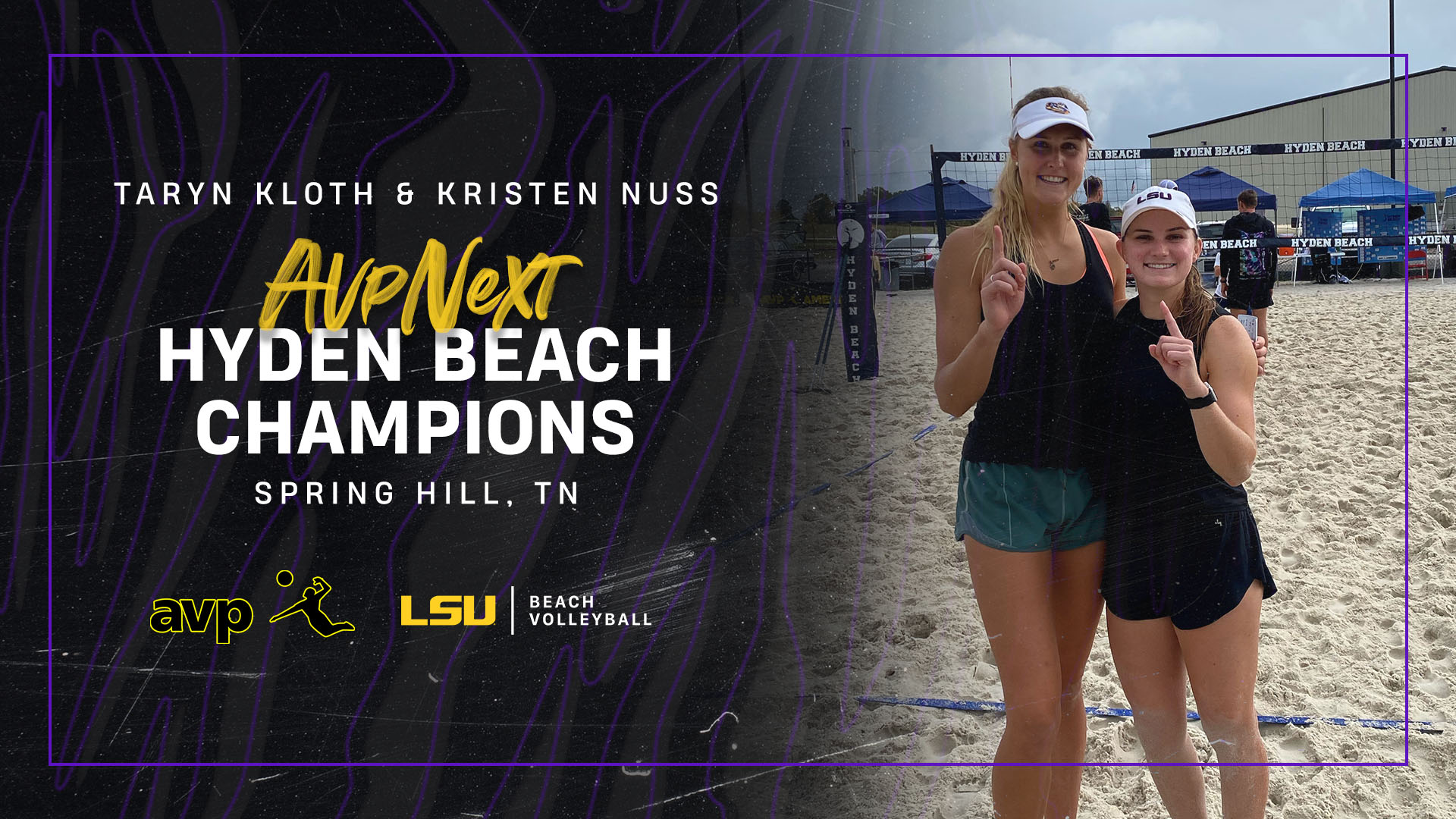 SPRING HILL, Tenn. – Taryn Kloth and Kristen Nuss of LSU Beach Volleyball won the AVPNext tournament at Hyden Beach over the weekend, earning victories over the tournament’s top three seeds on their way to victory.

Kloth and Nuss entered bracket play as the No. 6 seed and earned a first round straight set victory over the No. 11 seed duo Marlayna Bullington and Hin Ching Rachel Tam.

In the second round Kloth and Nuss took their match over Annika Rowland and Teegan Van Gunst in straight sets, the tournament’s No. 3 seed.

The duo from LSU matched up against the No. 2 seeded pair of Delaney Knudson Mewhirter and Katie Spiedler in the quarterfinals and came out on top in three sets, clinching a spot in the championship bracket.

Rowland and Van Gunst played their way back through the contenders bracket and earned a spot in the championship bracket as well, setting up a rematch from Round 2 in the semifinals. It would be the same outcome though as Kloth and Nuss swept the tournament’s No. 3 seed once again, 21-9 and 21-16, and advanced to the championship.

In the championship, Kloth and Nuss defeated the tournament’s top seeded pair of Kelley Larsen Kolinske and Emily Stockman in straight sets, 21-16 and 21-16, picking up the victory to earn earning the tournament crown.