Tigers Up for Early Kickoff at Missouri 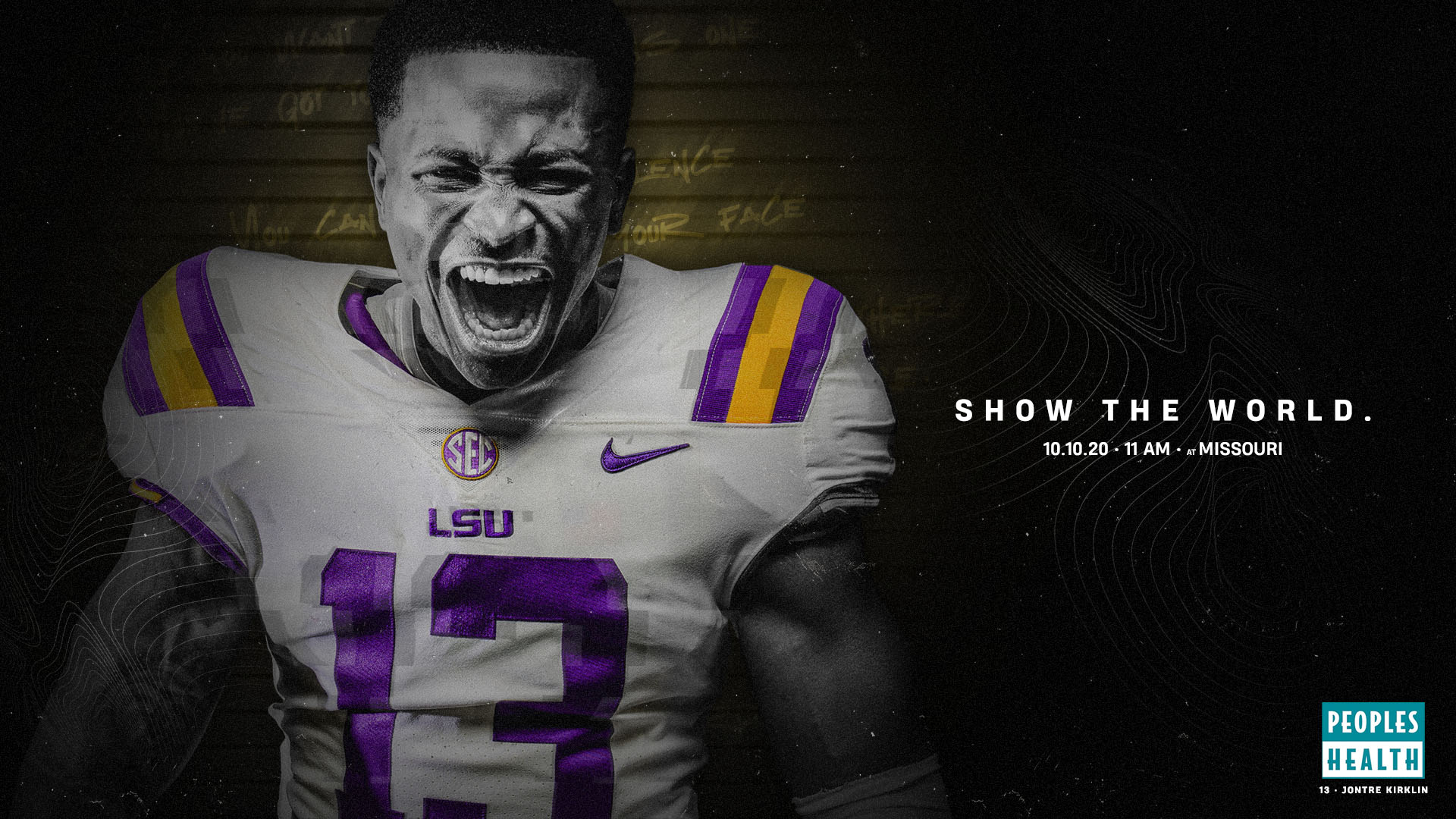 No. 16 LSU travels to Missouri for an 11 a.m. CT kickoff from Faurot Field in Columbia for a game rescheduled from Baton Rouge due to Hurricane Delta.

The contest will be broadcast on the SEC Network Alternate Channel (channel finder) and on the LSU Sports Radio Network (free stream | new mobile app | affiliates).

Show us what you can do…
Then go show the world! pic.twitter.com/eOhcKPz63A

“Winning makes you feel good, makes you confident,” said head coach Ed Orgeron. “You’ve always got to look at your competition, and we all know that the competition is going to be a lot stiffer coming down the road very fast. So I’m always looking at competing at the highest level in the SEC and where we’re at in order to compete at the highest level. We’ve still got a ways to go.”

Offensively, the LSU Tigers are led by quarterback Myles Brennan, who last week became the first quarterback in school history with 300+ passing yards and 2+ touchdown passes in his first two starts. His 682 passing yards, 50 completions, and seven touchdowns are all school records through two starts.

His favorite target this season has been Biletnikoff Watch Lister Terrace Marshall Jr., who has scored a touchdown in five-straight games and at least two touchdowns in four of his last five. He leads the Tigers with 10 catches, 189 yards, and four touchdowns. Senior Jontre Kirklin, who served as LSU’s scout team quarterback last season but has taken over as a starter at receiver in 2020, is also coming off a two touchdown game.

On the ground, John Emery Jr. enjoyed a breakout performance in Nashville, rushing for 103 yards and a touchdown on 12 carries. He form a trio of talented running backs alongside Chris Curry and Tyrion Davis-Price, all of whom run behind an offensive line that didn’t allow a single sack against the Commodores.

“Johnny (Emery) made some great cuts to the outside, made some good runs to the inside,” Orgeron said. “The thing I’m most pleased with is zero turnovers, and he has done a great job of taking care of the football. He’s becoming a complete back.”

Defensively, the Tigers bounced back from a rocky debut with a stellar showing against Vanderbilt. Safety Todd Harris intercepted one pass, freshman cornerback Elias Ricks intercepted his second of the season, and consensus all-American Derek Stingley Jr. didn’t allow a single reception in his return to action.

The unit is led by senior safety JaCoby Stevens, who is tops on the team with 17 tackles, two sacks, two fumble recoveries, and a forced fumble.

Bo Pelini‘s defense has generated the most pressure in the SEC through two games, with junior defensive end Ali Gaye (3.0 tackles for loss, 1.0 sacks, 3 batted passes, and 2 quarterback hurries) leading the charge. LSU is pressuring the quarterback on 45 percent of opponents’ dropbacks, best in the league.

“It’s good to see those guys putting the athletes in space and let them go make some plays,” Orgeron said. “I really like that.”

The Tigers’ specialists have been stellar when called upon through two games. Cade York is perfect on four field goal attempts, including a career-high 53 yarder in Nashville, while Zach Von Rosenberg leads the SEC in net punting (49.3 yards per punt).

Missouri is winless in two of the toughest games of the season so far, losing at home to No. 2 Alabama and on the road at No. 14 Tennessee. Running back Larry Rountree III (151 rushing yards, 1 TD) is their primary offensive weapon, while Jalen Knox and Damon Hazelton each have 100 yards on 9 receptions through two games.

With a third road game in as many weeks looming before next week’s trip to Gainesville, Orgeron knows the Tigers can waste no time in Columbia.