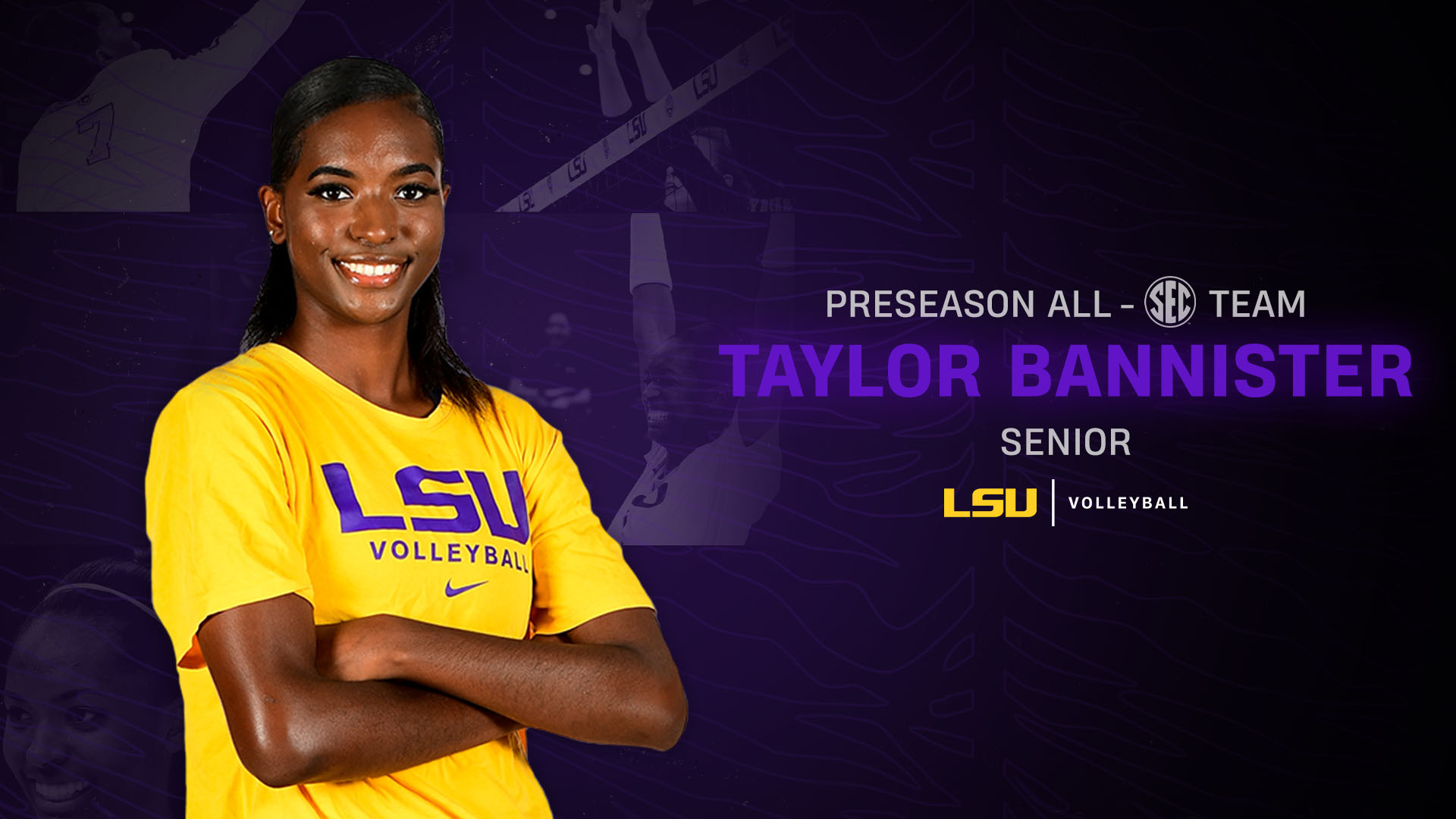 In 18 SEC matches a year ago, Bannister tallied 313 kills, had a hitting percentage of .270 and recorded 20+ kills in seven matches.

The Tigers are set to begin their slate of eight fall matches next Saturday, October 17 in Bryan-College Station against Texas A&M. LSU’s other three opponents for the Fall are Mississippi State, Ole Miss and Alabama. The Tigers’ first home match will be Wednesday, October 21 against Mississippi State.