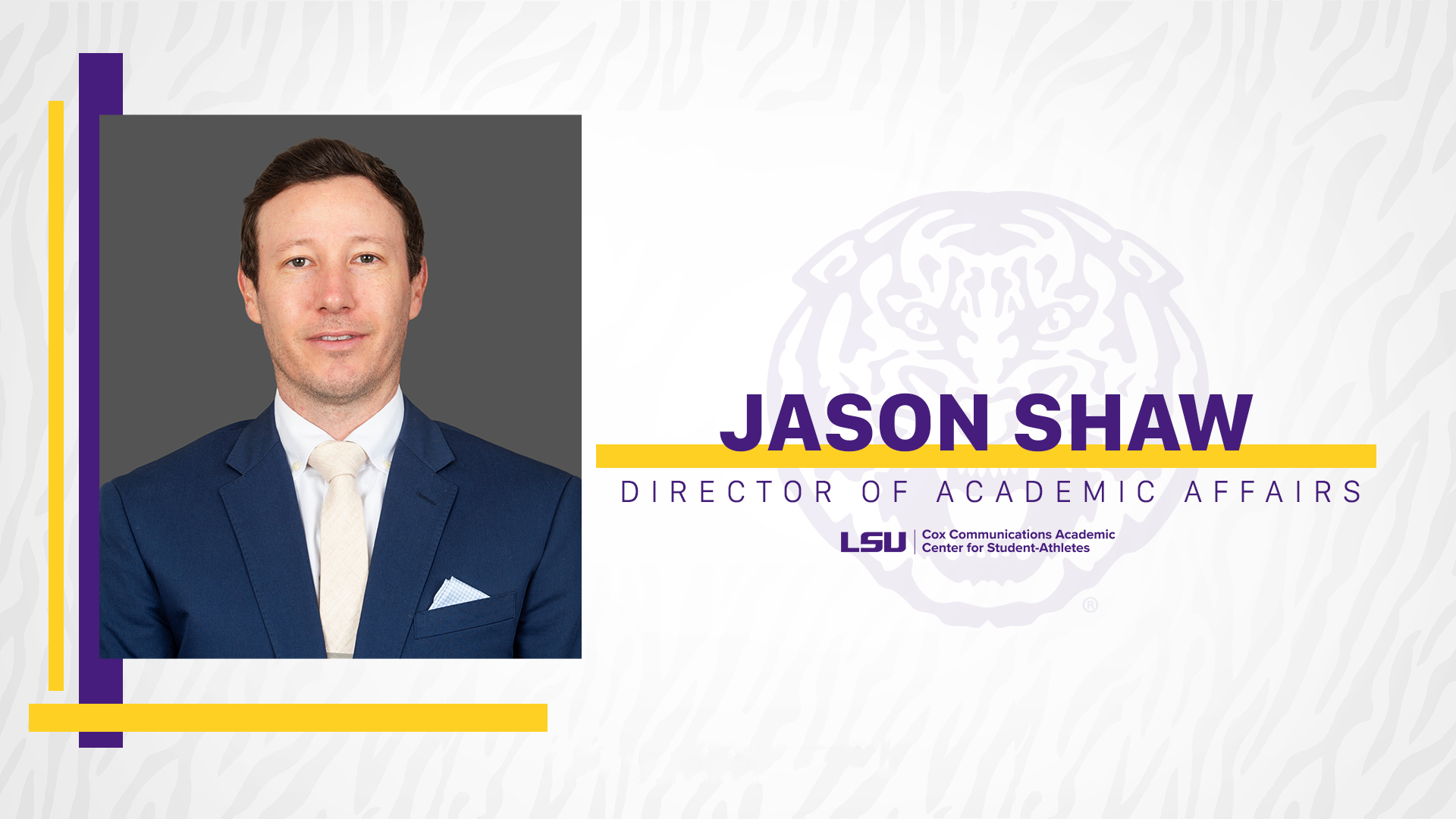 Shaw has been a member of the CCACSA staff since August 2008 and was most recently the Associate Director of Academic Affairs. He moves into the position that was vacated in March when Holliday was promoted to Executive Director of the Academic Center.

“We are extremely excited to have Jason step into this role,” said Holliday. “He brings extensive experience in the area of student-athlete development and has played a key role in the overall success of the Academic Center. Through Jason’s alliances on campus with the academic community, he has helped create an environment that has assisted us in developing strategies to meet the various needs of our student-athletes.”

Shaw serves as an academic advisor for the LSU football team, a student-athlete advocate, coordinator of Project Graduation, eligibility coordinator and internship/practicum manager. Project Graduation provides assistance to former student-athletes who have returned to LSU to work on earning their degree. He also served as the planning committee chair of the annual ACSA Drive-In Conference from 2014-16.

Within the University, Shaw serves on the campus judicial hearing panel through the office of Student Advocacy & Accountability and is an active member of the National Association of Academic and Student-Athlete Development Professionals (N4A). He currently serves on the N4A Student-Athlete Development Committee. In 2018 Shaw was selected to participate in LEAD LSU, a leadership development program for high-performing and emerging leaders within the University. The program focuses on building and enhancing leadership skills to support the University’s strategic objectives.

Prior to coming to LSU, Shaw worked in Student Services for Intercollegiate Athletics at Kansas State. He also served as a graduate assistant in K-State’s event management and operations department from 2006-07.

A former student-athlete in college, Shaw received his bachelor’s degree in Secondary Education with a Social Science Teaching emphasis from the University of Central Missouri. He completed his master’s degree in Higher Education (College Student Personnel and Athletics Administration) at Kansas State in the Fall of 2007. He is currently pursuing a PhD in Extension Education at LSU.