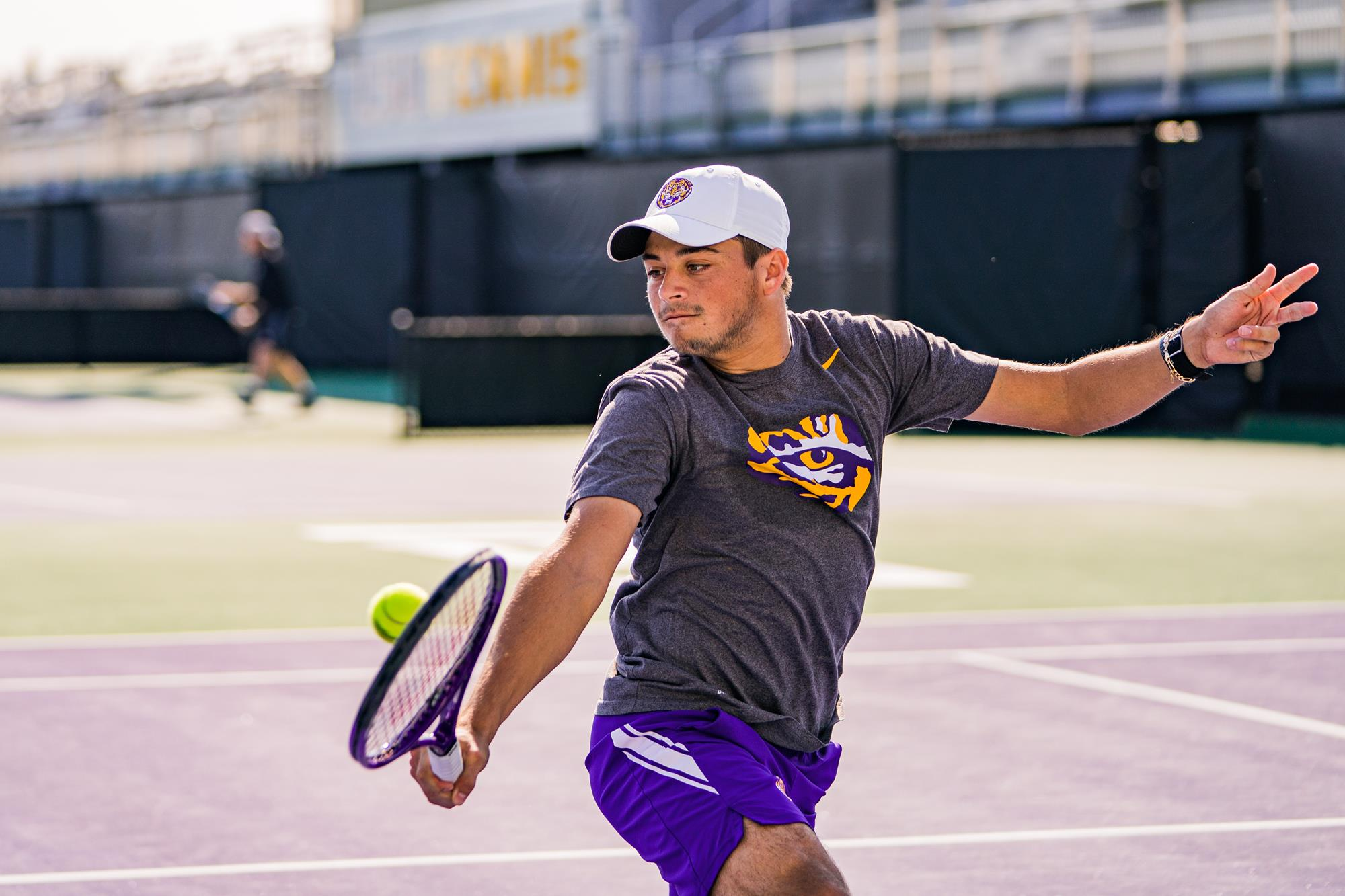 In an All-LSU doubles’ finals, Wagner and Hohmann took on the sophomore duo of Boris Kozlov and Nick Watson. Wagner and Hohmann hopped out to an early lead and didn’t look back, winning the match 8-5. The Tigers continue to find success in doubles, building off their elite doubles play from last year. This is the second straight Fall LSU has had a doubles champion in a tournament. Joey Thomas and Daniel Moreno won the ITA Southern Regional in 2019 Fall season and with Wagner and Hohmann winning the first fall tournament of 2020, it’s something to build on. “It’s good to end the tournament on a strong note,” said Co-Head Coach Chris Brandi. “This was a tough event. Arkansas is an up-and-coming team and they’re well-coached. Texas A&M and Mississippi State have been two of the best teams in the country for a while.”

While doubles went well, the Tigers struggled in singles and Chris Brandi knows that the team is a work in progress. “We have a lot to work on. We have a lot of young guys and we’re an inexperienced bunch. It showed this weekend but it’s time to get to work over the next three months, especially in singles. We can fight to get in the mix with the nation’s best,” Brandi said.

The Olivier Borsos Invitational marks the first Olympic sporting event to return to LSU since March. Chris Brandi was able to reflect on sports returning to Baton Rouge. “No one has really been able to play much over the last 6 months, so we’re all grateful to play in the SEC and get a chance to get back to some normalcy,” Brandi said.