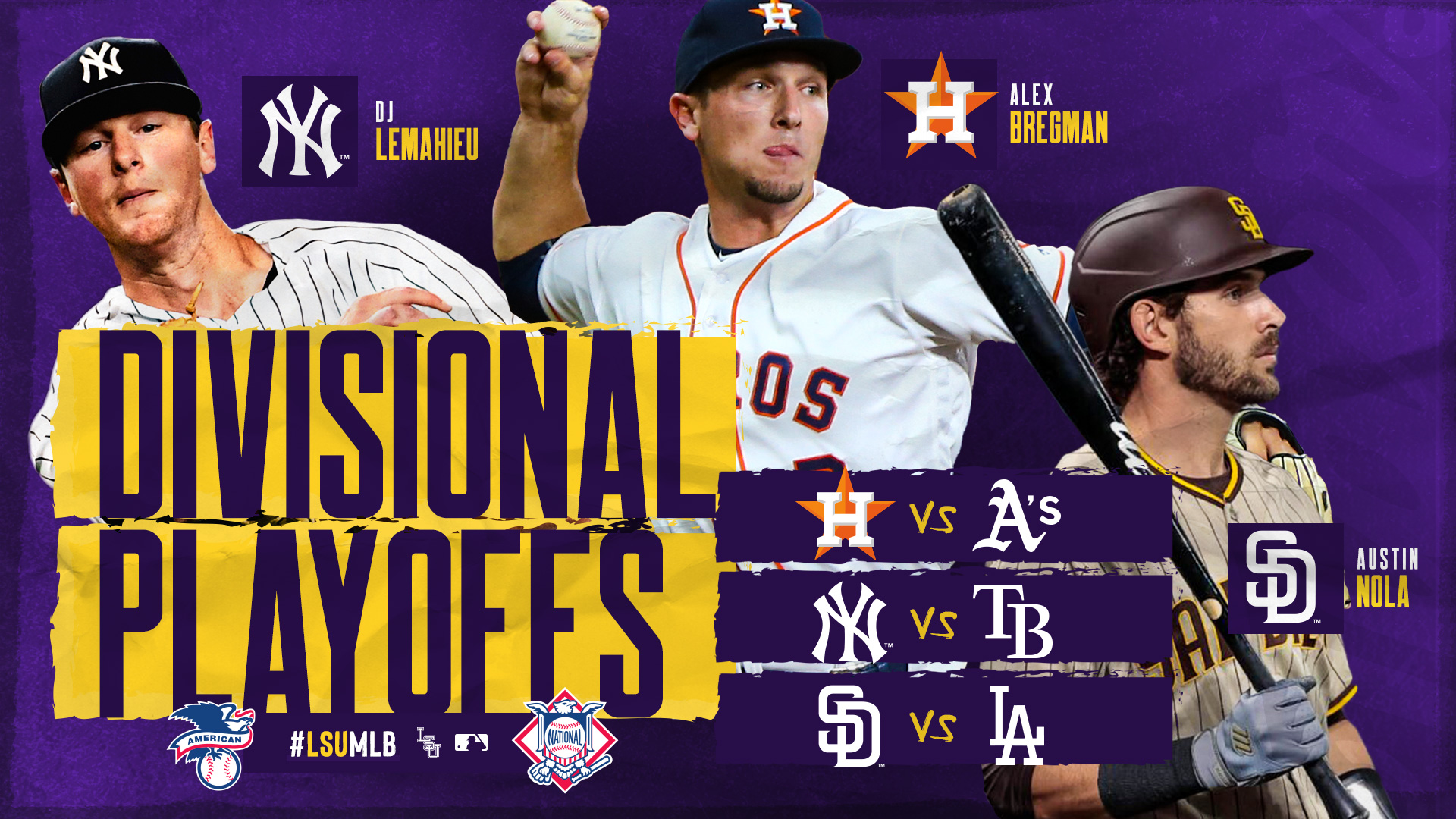 The former Tigers who are on active MLB playoff rosters include second baseman DJ LeMahieu of the New York Yankees, third baseman Alex Bregman of the Houston Astros and catcher Austin Nola of the San Diego Padres.

A total of 40 former LSU Tigers have played for MLB playoff teams since 1990; 13 of the players have been members of World Series Championship teams in that time frame.

The 2020 MLB Divisional round, featuring eight teams playing in four best-of-five series, begins on Monday in the American League as the Yankees will face the Tampa Bay Rays, and the Astros will meet the Oakland Athletics. The Padres will take on the Los Angeles Dodgers in a National League series that starts on Wednesday.

The other NL Divisional matchup, also starting on Wednesday, is the Atlanta Braves versus the Miami Marlins.

In the AL, the Rays will meet the Yankees at Petco Park in San Diego, while the Astros will face the A’s at Dodger Stadium in Los Angeles.

In the NL, Arlington’s Globe Life Field will host the Division Series featuring the Dodgers against the Padres, while the Braves will take on the Marlins at Houston’s Minute Maid Park.

LeMahieu, a three-time All-Star and Gold Glove recipient and winner of the 2019 Silver Slugger Award, won the MLB and American League batting titles this season and became the first player in modern Major League history to win a batting title in each league. LeMahieu won the 2016 MLB and National League batting titles while playing for the Colorado Rockies.

Nola, who began the year with the Seattle Mariners and was traded to San Diego in August, batted .273 in 48 regular-season games with nine doubles, one triple, seven homers and 28 RBI.