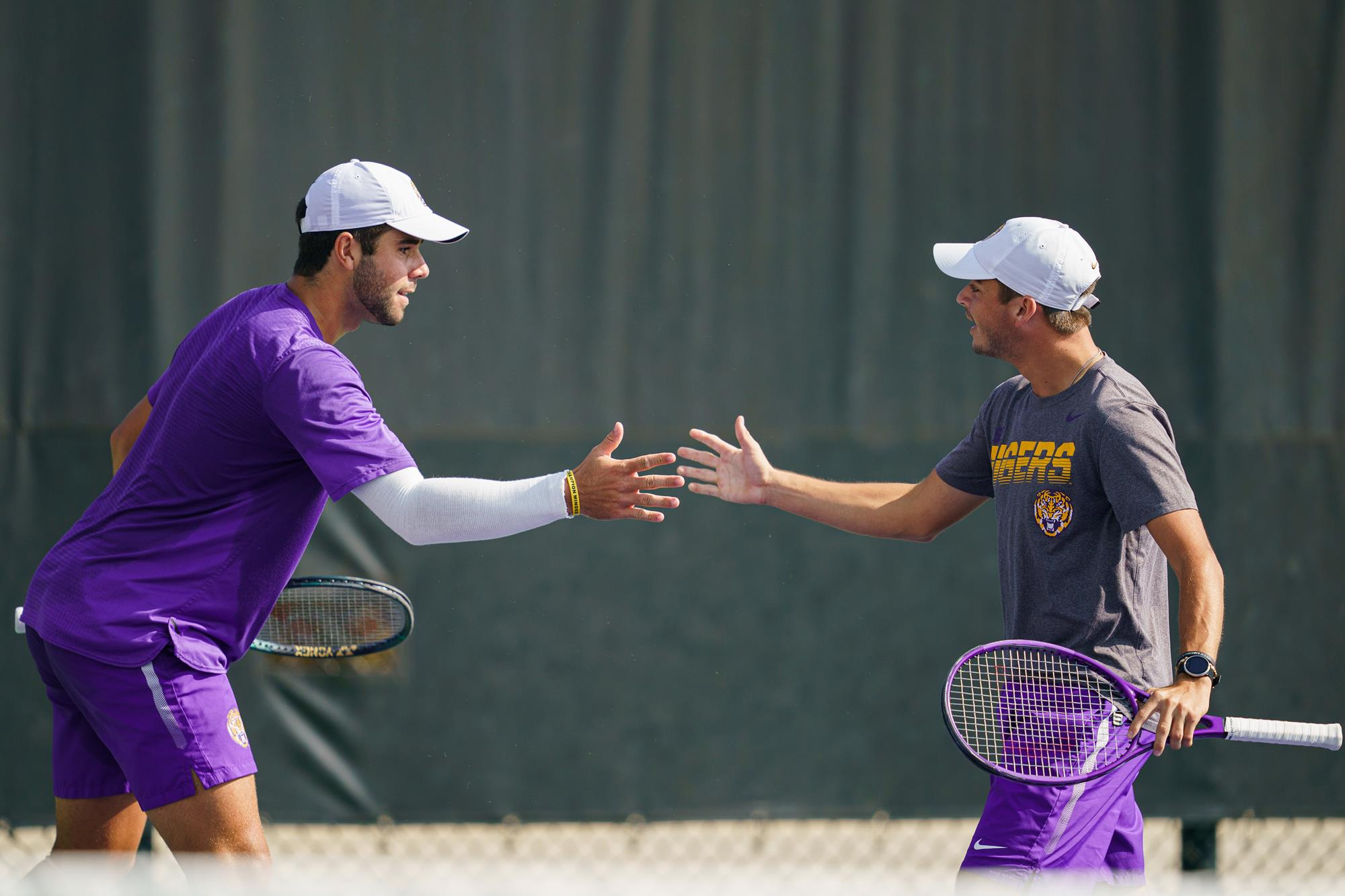 It was an impressive doubles day for the Tigers, notching five wins in six matches and placing two in the championship. The quarterfinals started off with Malik Bhatnagar/Ben Koch taking down Malesevic/Strickland from Mississippi State 8-5. Nick Watson/Boris Kozlov advanced to the semis with an 8-6 victory over Rollins/Marson from Texas A&M. Rafael Wagner/Ronald Hohmann notched the perfect 3/3 with a tiebreak victory over Vacherot/Schachter from Texas A&M, 9-8(4). With three of the four semifinalist spots reserved by LSU, it pitted a Battle of the Tigers within Bhatnagar/Koch and Watson/Kozlov. The sophomore duo of Watson/Kozlov booked their ticket to the double’s finals on Sunday with an 8-4 victory over Malik Bhatnagar/Ben Koch. Rafael Wagner/Ronald Hohmann guaranteed an LSU champion, defeating Broska/Ocana from Mississippi State 8-5.

The Tigers had no matches in the main draw but had five in the consolation bracket. Malik Bhatnagar bounced back from singles yesterday and defeated Arkansas 7-6(4), 6-2. Ben Koch took on Mississippi State but couldn’t hang on to the win, losing 6-2, 6-4. Nick Watson was defeated by Arkansas, 6-2, 6-3. Boris Kozlov pushed the first set to a tiebreak but ended up dropping the first and second set, being defeated by Texas A&M 7-6(5), 6-3. Freshman Tom Pisane had a hard-fought match, but couldn’t break through to take a set, defeated by Arkansas 7-6(5), 7-5.

The All-LSU doubles final starring Nick Watson and Boris Kozlov v. Rafael Wagner and Ronald Hohmann will kick off at 9 a.m. on Sunday morning, then finish the tournament with the singles finals after.