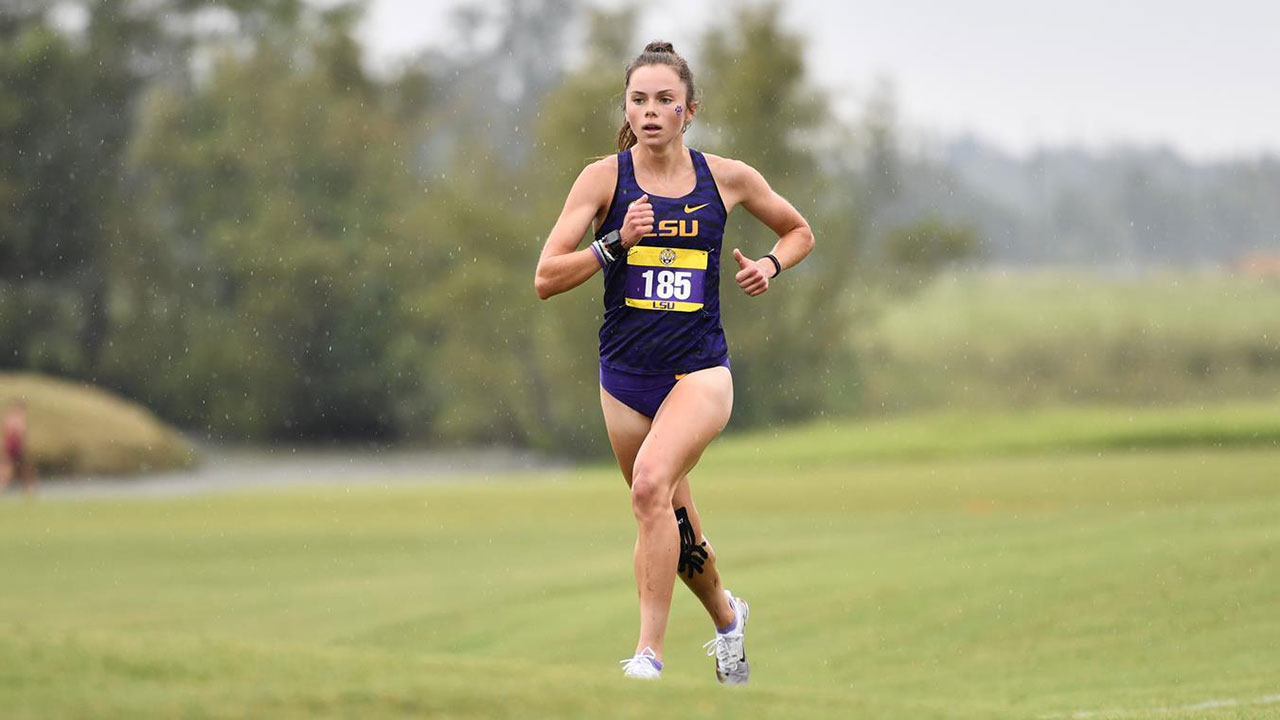 “I was really pleased with both the men’s and women’s teams today” said LSU cross country coach Houston Franks regarding the team’s performance.  “One thing we try to always say is “make a new mistake”, meaning learn from every race what you need to work on and don’t make the same mistake again.  I think we did a great job of being more aggressive especially in the middle of the races, which was my main critique of the first meet.  We still have several areas to work on, but both the men and women are improving every week.”

The women’s squad built off of their impressive season debut by winning the 5k competition in their second meet of the season.  Katy-Ann McDonald won the silver medal for her time of 17:36.4 in her 2020 season debut.  McDonald was one of the top runners for the Tigers last season as she was the top LSU finisher in all five meets she competed in.  Julia Palin earned the bronze medal by running a time of 17:41.1 to contribute to the Tiger’s victory. This marks the first time since last September that LSU has had to two runners finish in the top three.  Alicia Stamey registered a top five finish for LSU as she placed fifth with a time of 17:55.8 to add to the scoring performances.  The freshman Shelby Spoor scored in her second consecutive meet to start her collegiate career, placing eighth with a time of 18:18.0.  The final scoring performance of the day came from Adele Broussard as she crossed the finish line with a time of 18:19.0.  This marks the third time in the past two seasons that the women’s xc squad has had five runners finish in the top ten.

The men’s squad got the day started with the 8k competition where the Tigers finished in 5th place.  Davis Bove led the way for the Tigers as he registered his second consecutive top ten finish.  Bove placed sixth with a time of 24:32.5, becoming the top Tiger to finish.  Like the season debut, Eric Coston was the second LSU men’s runner to run through the chute as he finished with a time of 24:47.5 to place 12th.  Coston has been one of the top two Tigers to finish in seven consecutive meets dating back to last season.  Following Coston was Jackson Martingayle who crossed the finish line in 26th place with a time of 25:10.7.  Rounding out the scoring performances for the men’s squad were freshman Will Dart (25:26.7) and Cade Martin (25:23.3) who placed 39th and 56th respectively.

The women’s team competed in the 5k Open event where they won with a team score of 27 points.  The men’s squad ran in the 8k Invite event where the Georgia Bulldogs recorded 56 points to claim the victory.

The Florida State Invitational was the second of four meets the Tigers will compete in this season.  LSU will travel to College-Station, Texas to compete in the Arturo Barrios Invite on Saturday, October 17.  For the rest of the 2020 cross country schedule check out lsusports.net.