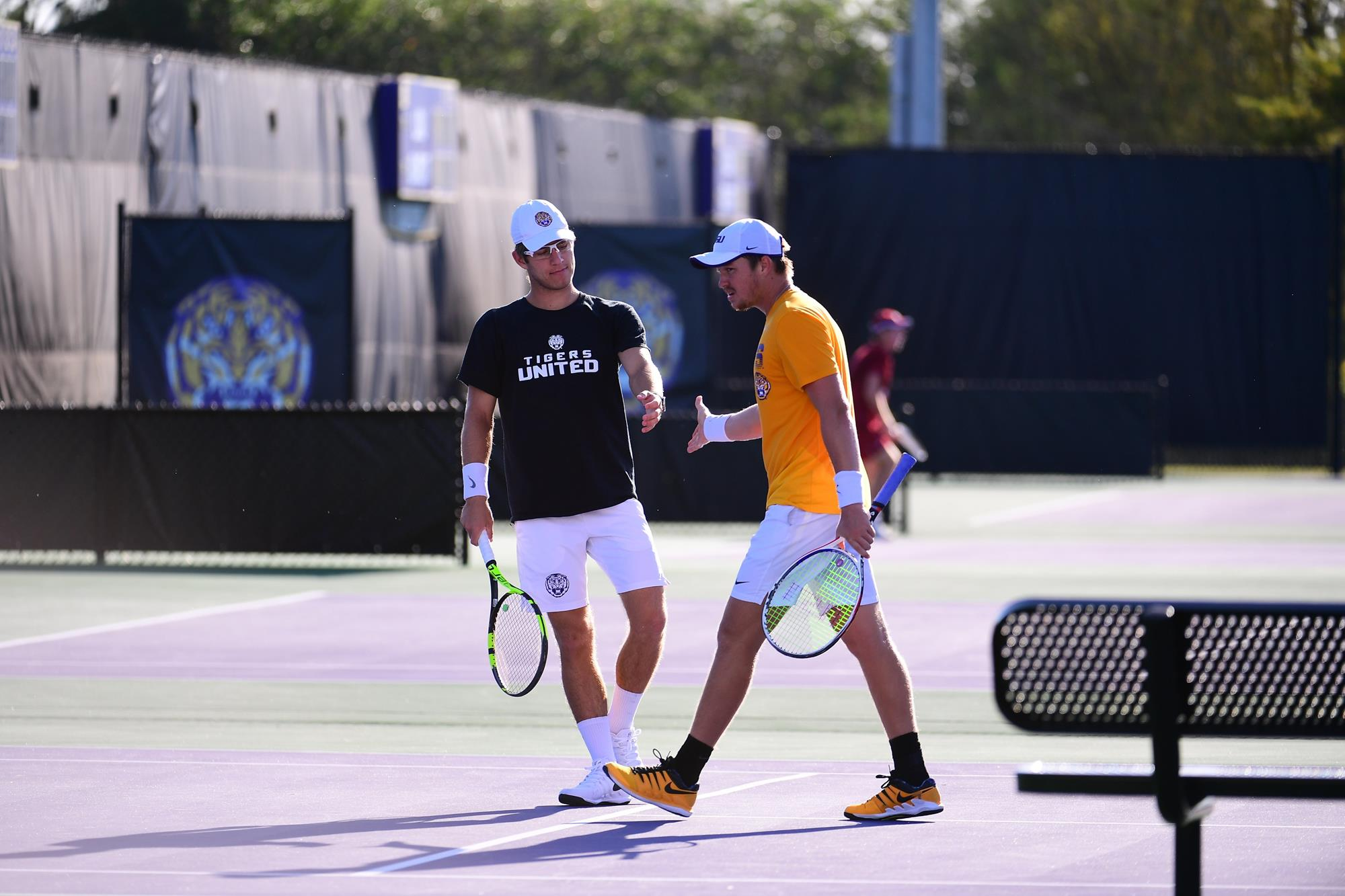 Friday morning started off with doubles in which the Tigers picked up where they left last season off and shined. Three of the four LSU duos moved on to the quarterfinals, including an upset of the No. 1 seed and No. 33 ITA ranked duo from Texas A&M. The Senior/Freshman duo of Malik Bhatnagar and Ben Koch pulled off the upset over Juan Carlos Aguilar and Barnaby Smith by a score of 8-6. Nick Watson and Boris Kozlov followed up with a quick 6-0 sweep over Arkansas. Rafael Wagner and Ronald Hohmann clinched the last victory in a tiebreak, winning 9-8(2) over Texas A&M. Tomas Descarrega and Tom Pisane were the lone doubles loss to the No. 2 seed from Mississippi State, 8-4.

The Tigers are back to work on Saturday morning at 9 a.m. starting with doubles. Another round of doubles follows, and the day will end with singles.