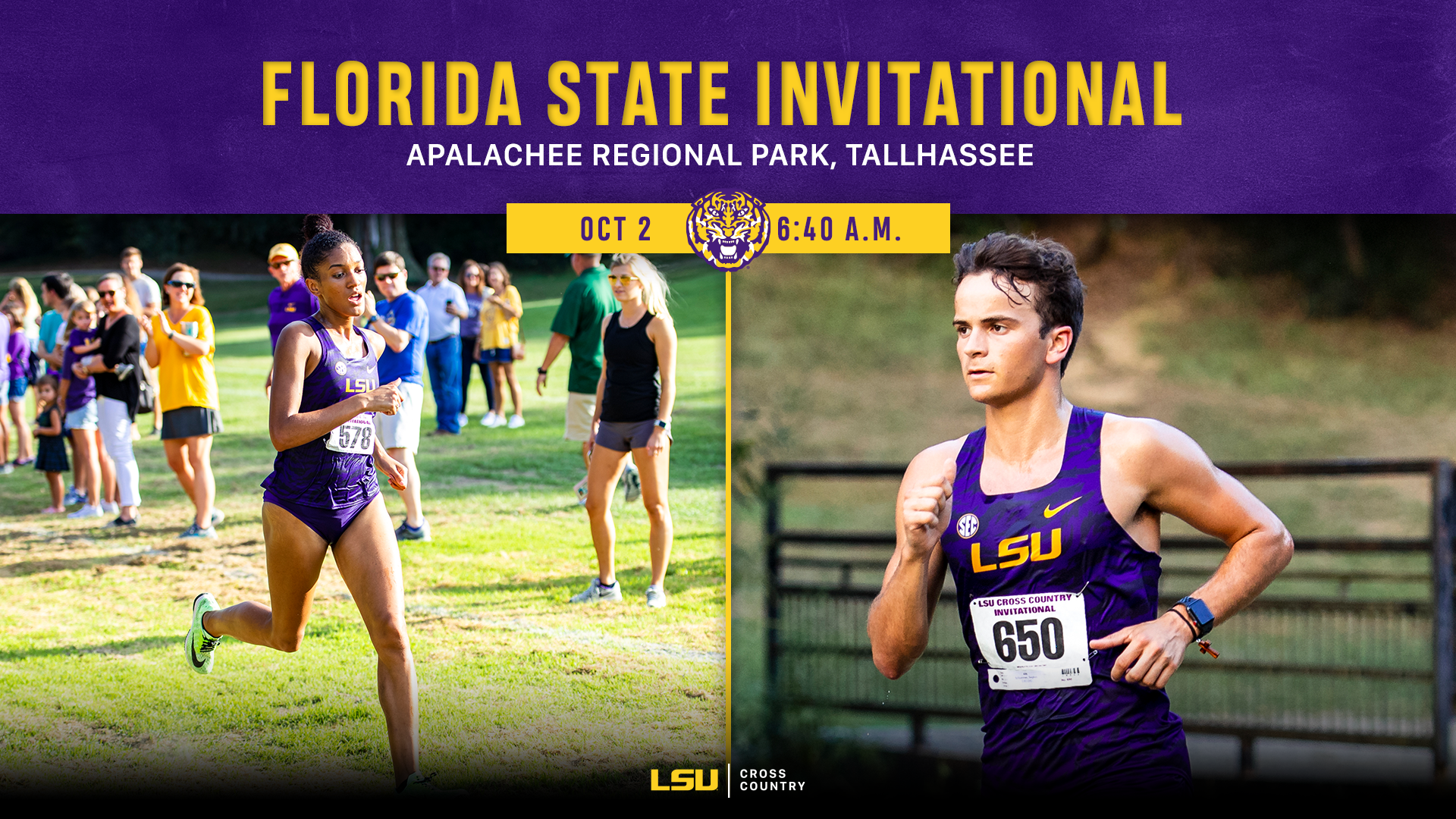 Tallahassee, Fla. –  The men’s and women’s cross country teams will travel to Tallahassee, Fla., to run in the Florida State Invitational which will take place at the Apalachee Regional Park on Friday, October 2. The men’s team will start the competition, running the 8k at 6:40 a.m. CT.  The women’s squad will follow the men as they will run the 5k starting at 8:05 a.m. CT.

LSU will face off against some of the top teams in the conference as well as the country.  The men’s team will be competing against conference rivals such as Alabama, Auburn, Florida, and Georgia.  The Tigers will also be racing against some of the top schools in the ACC as Florida State, Clemson, Georgia Tech, Boston College, and Miami will all be competing in Tallahassee.  The women’s squad will be going against South Carolina, University of South Alabama, UAB, and others.

The Tigers began their season earlier this month where they competed against other SEC teams at the SEC Preview Meet in Baton Rouge, La.  The women’s squad had an impressive outing as they placed third in the 5k race with 96 points in their season debut.  LSU was led by Julia Palin who placed 16th with a time of 17:51.7 in her first xc competition in nearly two years.  Alicia Stamey followed Palin as she placed 19th with a time of 18:01.5 to extend her streak of scoring to seven straight meets, dating back to last season.  The freshman Shelby Spoor made an immediate impact as she was the third LSU runner to cross the finish line, placing 22nd with a time of 18:16.7.  Adele Broussard and Molly Canham were the next two Tigers to score, placing 24th (18:25.5) and 28th (18:32.3) respectively.

The men made their season debut in the 6k event as they scored 96 points to place fourth in the meet.  Davis Bove registered the best finish of the day for the Tigers as he finished in 10th place with a time of 17:52.9.  Bove has scored in all six meets he has run in during his collegiate career.  Following Bove was Eric Coston who was one of the team’s best runners last season.  Coston placed 19th with a time of 18:27.2 to record the second scoring performance for LSU.  Jackson Martingayle registered a personal best time in the 6k with his readout of 18:28.3 to finish in 20th place.  Freshman Will Dart was the fourth Tiger to cross the finish line, running a time of 18:55.1 to place 29th in his collegiate debut.  Rounding out the scorers for the men’s team was Adam Wise who ran a time of 18:59.7 to place 32nd.

The Florida State Invitational is the second of four meets the Tigers will compete in this season.  The full cross country schedule can be seen at lsusports.net