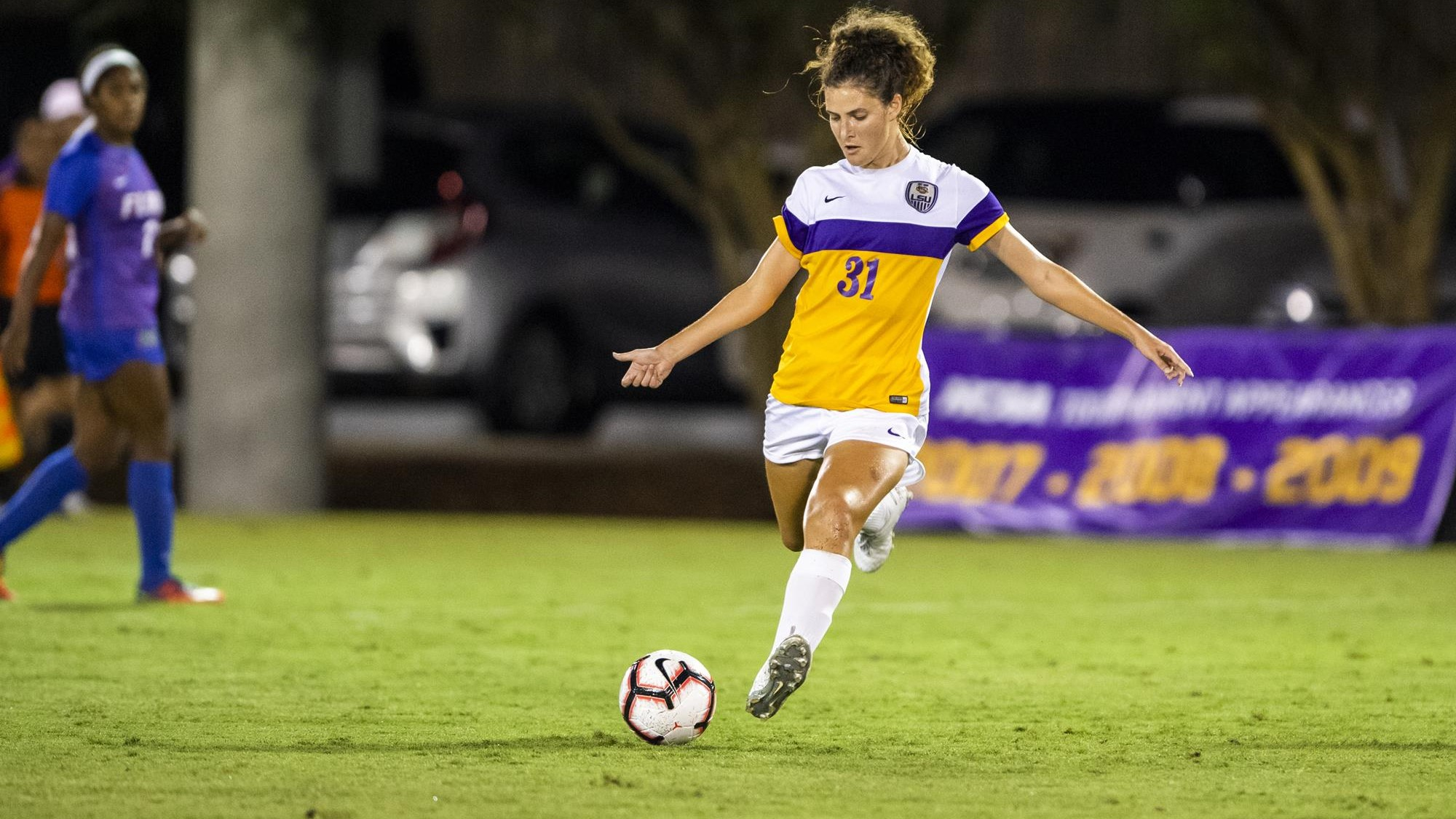 Capacity for LSU home matches this fall will be at 450 fans, which is 25 percent of the seating capacity at LSU Soccer Stadium. Admission is free and gates will open one hour prior to the start of the game. Fans will be required to wear face masks in order to attend matches, tailgating will be prohibited and physical distancing will be mandatory. Pods groups of two, four, six, eight, and 12 will be marked off by colored tape for proper distancing. All the protocols for Sunday’s home match can be viewed at lsusports.net.

2020 marks the 25th season of LSU hosting soccer matches at LSU Soccer Stadium. LSU’s record at LSU Soccer Stadium is 125-78-29 dating back to the 1996 season. The LSU soccer program played its first season in 1995 at the University High field adjacent to the football practice facility and went 9-2-1 at home that season. LSU owns a home record of 15-10-4 over the past three seasons.

LSU dropped its season opener to the SEC preseason favorite to win the league, the Arkansas Razorbacks, by a tally of 2-0. The Tigers had five players make their LSU debut and had a number of opportunities to score in a promising effort. LSU registered three shots on goal plus another two off the post and could have easily scored three times in the match. Maddie Moreau, Chiara Ritchie-Williams, Maya Gordon, and Mollee Swift played the full 90; it was Swift’s first-career start in goal for the Tigers. Swift was joined by other first-time starters Taylor Dobles and Wasila Diwura-Soale. Swift made seven saves in her debut and shots on goal were registered by Tinaya Alexander (two) and Dobles (one).

Chiara Ritchie-Williams and Maddie Moreau are serving as team captains this fall. Ritchie-Williams is the most experienced player on the squad and she is showing how valuable she is with a position change this season to the midfield. In her first three seasons, Ritchie-Williams anchored the backline for LSU at the centerback position, but for her senior season she has moved up to the midfield and will play a major role in LSU’s success. She has played in 61 career matches, starting 60 of those, and logged a total of 5,638 minutes. Moreau has played at leftback during her two seasons at LSU. She’s scored one career goal and has played a total of 1,779 minutes out of possible 1,780 minutes in 19 career matches.

LSU’s roster is made up of 16 returners from the 2019 season, and 10 newcomers. The Tigers have four seniors, nine juniors, five sophomores, and eight freshmen. LSU has six players on the roster from Louisiana, and a total of five internationals. The rest of the roster is comprised from around the country with four each from Florida and Colorado, two from Texas, and one each from Alabama, Nebraska, North Carolina, Minnesota, and New Jersey.