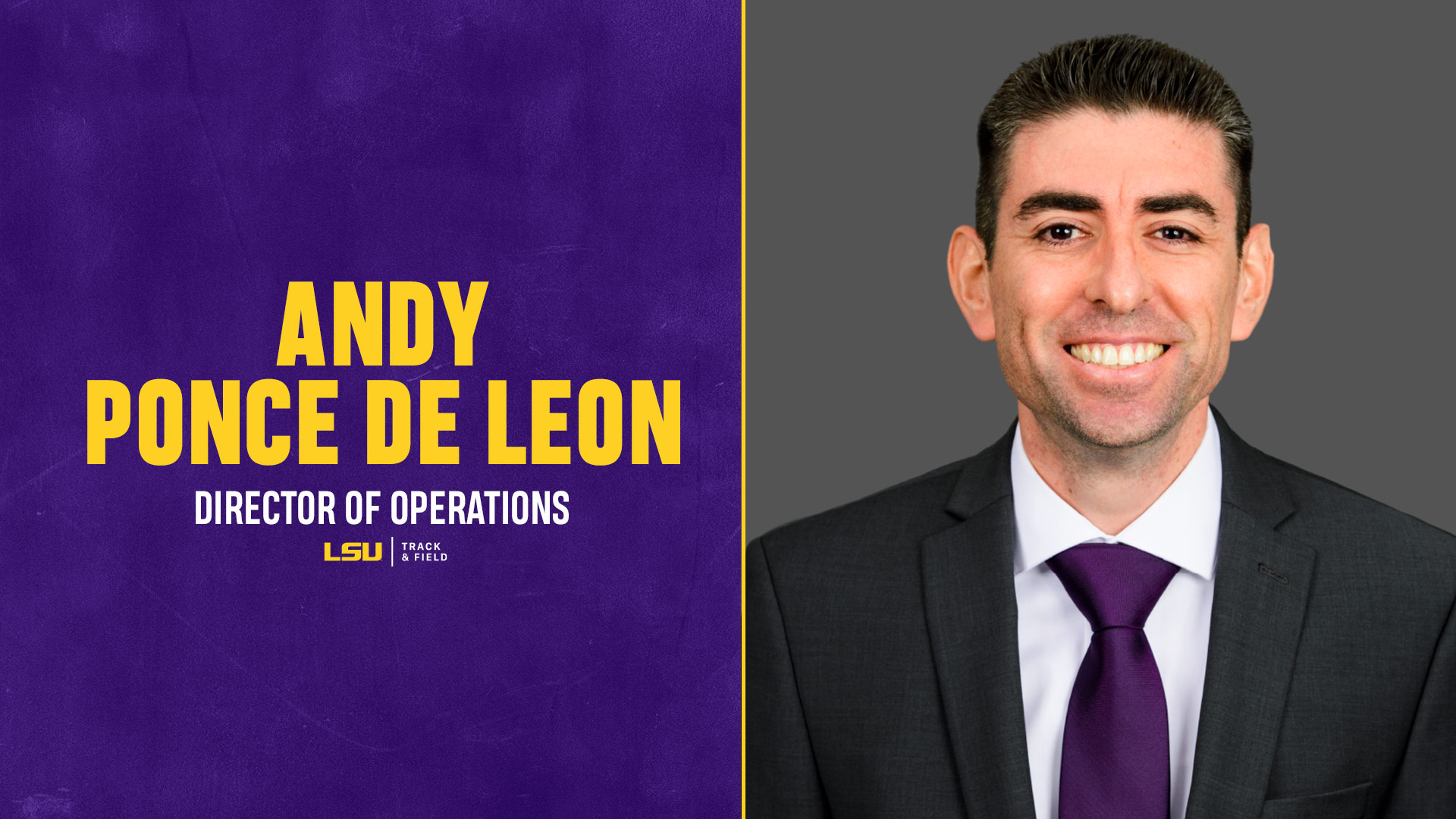 Baton Rouge, La. – LSU track and field head coach Dennis Shaver announced the hiring of Andy Ponce de Leon as the Director of Operations for the track & field and cross country programs in September of 2020. Ponce de Leon comes to LSU with over 14 years of experience in Athletic operations from a variety of highly successful programs.

“I’ve worked coast to coast from the Pac12 to the Big East and believe working with this amazing staff and historic program is truly a once in a lifetime opportunity,” Ponce de Leon said. “I’m highly grateful and excited about we can accomplish at a national and global scale.”

Ponce de Leon has directed and assisted at a number of primetime meets during his career that includes prior stops at California Baptist University, Butler University, Arizona State University, Mt. San Antonio College, and Long Beach State. He most recently obtained his MBA in business administration from the Bristol Business School at the University of West England in 2019.

Ponce de Leon will be in charge of organizing all administrative and logistical aspects at LSU that include things such as team travel, budgets, recruiting efforts, directing home meets, ordering team apparel, and liaising with a multitude of departments on and off campus in order to efficiently run team operations.

Ponce de Leon spent three years as an assistant coach at California Baptist University from 2015-18 and led recruitment initiatives that spanned all over the world. Prior to CBU, he worked nearly three years at Butler University in the same position from 2012-15 and he was the Big East conference representative that collaborated with national level professional organizations to legislate policy changes.

He served as a graduate assistant at Arizona State from 2010-12 while earning his first master’s degree in Higher & Postsecondary Education. During his time in Tempe, Ponce de Leon directed events that featured over 5,000 participants at some meets. He coordinated staffing for those events and supervised the risk management plans with facilities, campus safety, and athletic trainers.

A 2006 graduate of Long Beach State University, Ponce de Leon served as a volunteer assistant while in California. He helped coach the distance runners while also playing an integral role in Long Beach State’s recruiting efforts. Following his time at Long Beach State, he served for two years as the assistant distance coach at Mt. San Antonio College in Walnut, Calf., from 2008-10.

Ponce de Leon is a native of Long Beach, California, and is joined in Baton Rouge by his wife Monica Ponce de Leon.