Orgeron, Tigers Up for the Fight in Week One 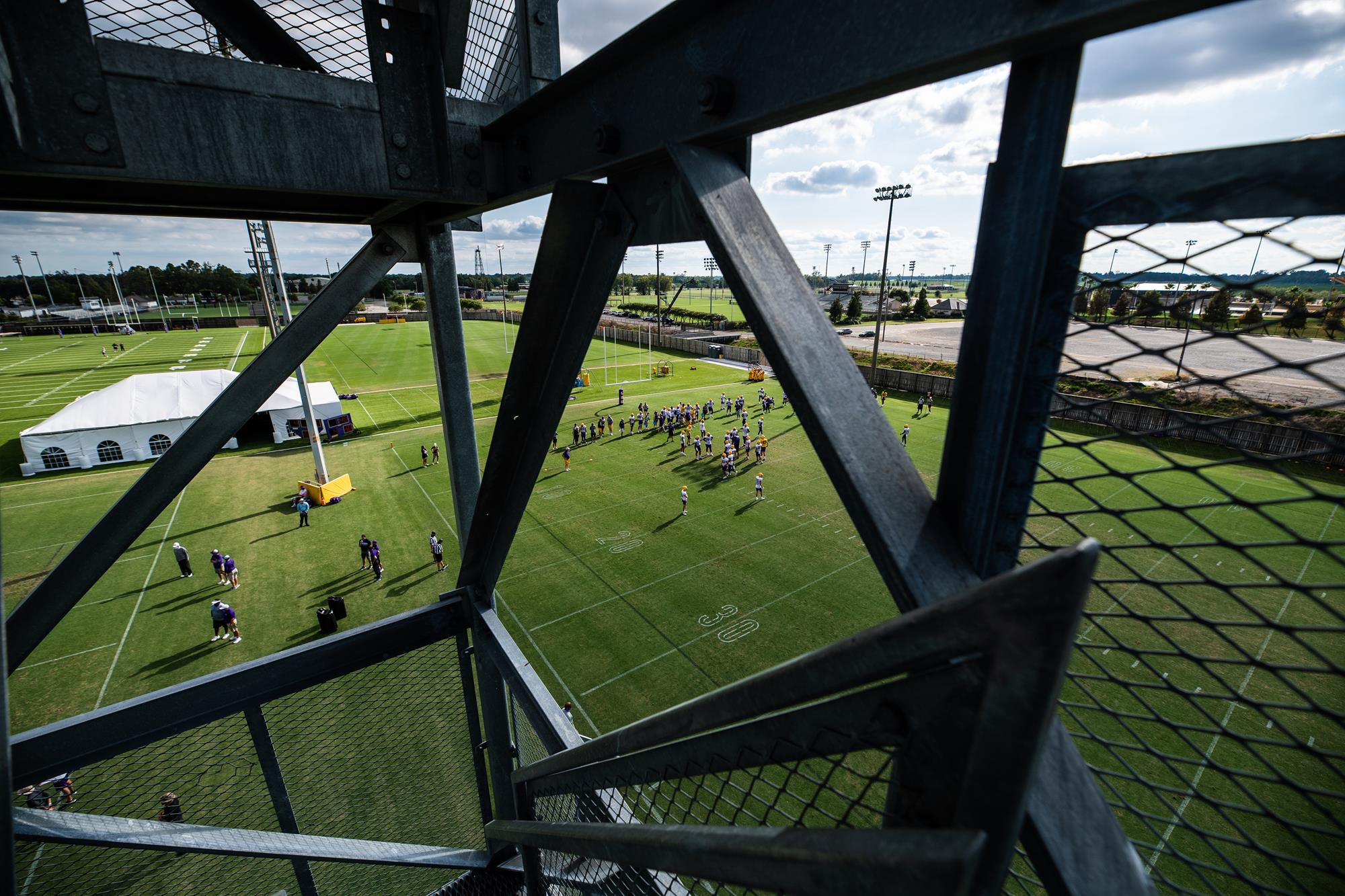 There were days in March when Ed Orgeron would sit alone on his office porch until midnight. The building was mostly empty, but he didn’t want to go home. The future was uncertain, but his preparation could not waver.

It was an offseason unlike anyone could have imagined, but game week has at last arrived, and the Tigers never blinked.

On Monday, Orgeron met virtually with the media for his first Monday press conference of the season. In addition to awarding the No. 7 jersey to JaCoby Stevens and the coveted No. 18 jersey to Chris Curry and Damone Clark, Orgeron announced the program gave out three new scholarships on Friday to cornerback Lloyd Cole, running back Josh Williams, and linebacker Jared Small.

At running back, Orgeron sees Chris Curry getting the first reps in Saturday’s season opener against Mississippi State, but he still considers Ty Davis-Price and John Emery starters until someone separates themselves as the season progresses. At receiver, the talent remains fertile, highlighted by freshman Arik Gilbert and Kayshon Boutte, who have both shown maturity in fall camp.

“I really like Kayshon [Boutte]. I think he’s a home run hitter,” Orgeron said. “The day that Ja’Marr Chase left, he looked like we didn’t skip a stride out there. He’s going to be put in some big shoes.”

“I haven’t had a tight end like [Arik Gilbert] in my coaching career,” Orgeron added. “Some people compare him to Calvin Johnson. I’m not going to compare him. I don’t want to put too much pressure on him. But he’s that type of player.”

Senior defensive lineman Neil Farrell, who opted-out back in August, returned to the team last week and is “working his way back,” Orgeron said. Farrell hasn’t been in pads yet and still has some conditioning to do, but how fast he works his way up the depth chart, Orgeron says, is entirely in his hands.

While the staff worked tirelessly this summer, the players deserve credit, too. Through all the uncertainty and outside noise about whether the 2020 college football season was going to be played, LSU’s team never skipped a practice and abided by the necessary health guidelines.

With so much they couldn’t control, they knew what they could: to prepare like they were going to kick off Sept. 5 against Mississippi State. And they did.

Now, with the season-opener five days away, the Tigers again have doubters.  Orgeron knows there are questions surrounding this team. He hears it all. But he wouldn’t want it any other way.

“I kind of love it,” Orgeron said of people doubting LSU. “I call it internal fuel. I digest it and it makes me want to work harder. We know what goes on here. At LSU, the standards are very high. You have to prove yourself every game. That’s the type of school you want to be at.”

Staying motivated comes easy to Orgeron, even in a pandemic. In fact, during the middle of the COVID-19 shutdown, he took up boxing. Like most people, Coach O found himself at home a lot, watching too much television during the self-quarantine period. One day, during his daily jog on the river, Orgeron ran into a boxing trainer working out fighters on the levee who suggested he take up the sport.

So, for two hours on Sundays, Tuesdays, and Thursdays, Coach O got in the ring. Most importantly, it filled his time and got him in better shape. While he wishes he could keep training during the season, he won’t be able to due to time constraints, but two of his sons are doing it.

Instead, Orgeron will now get back to doing what he loves most: coaching football games. It may look a little different this year, but LSU is prepared for it. Saturday nights alone in the office are gone. Saturday nights in Death Valley are just around the corner.

“We’re ready to play,” Orgeron said. “We’ve been looking forward to this for a long time. I want to compliment our team for never blinking. We always prepared like we were going to play. We didn’t think about anything else but the safety of our football team and starting the season off right.”