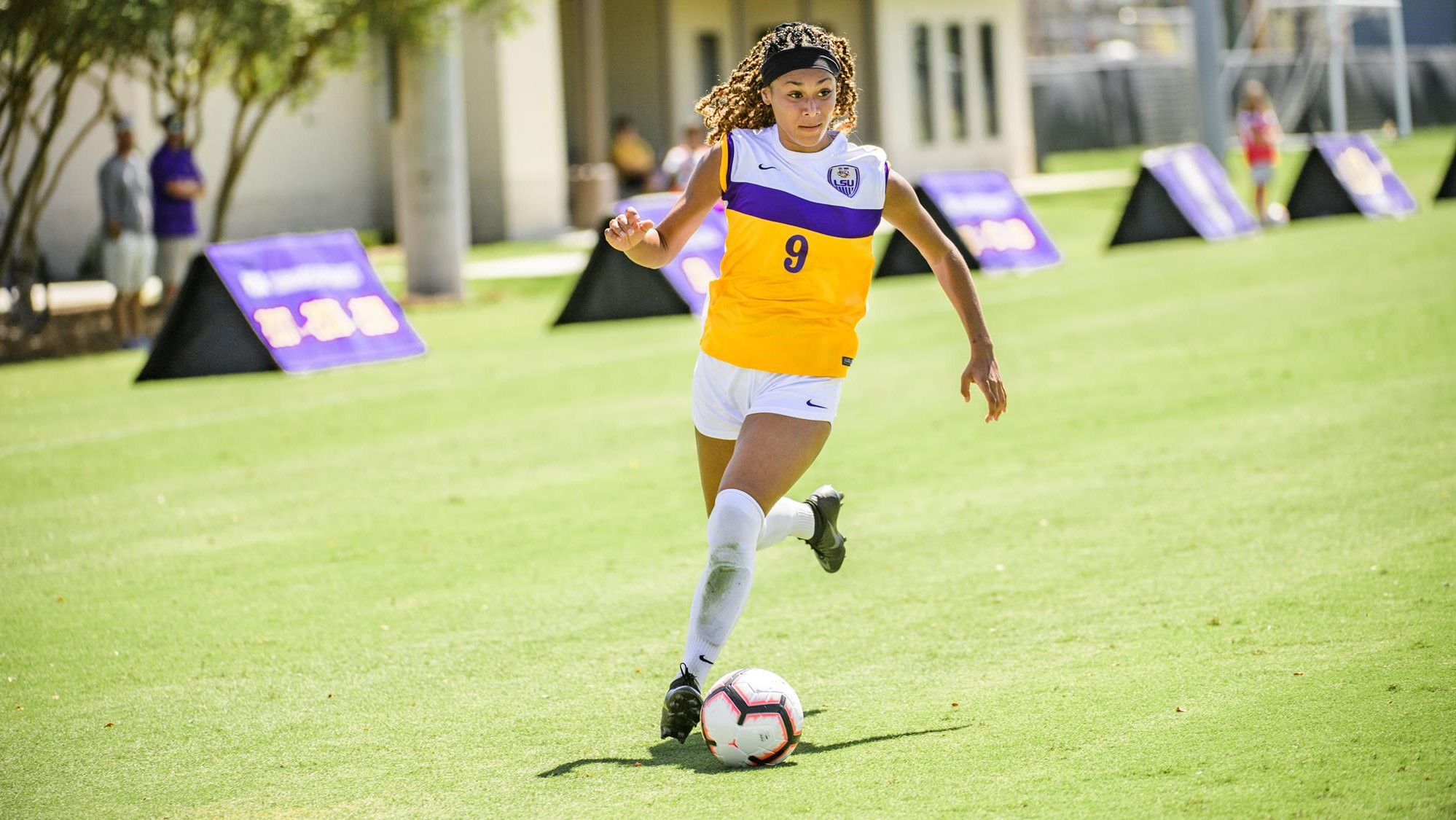 Baton Rouge, La. – The LSU soccer program will begin its 26th season of play on Saturday afternoon as they head to Fayetteville, Ark., to take on the Arkansas Razorbacks at 3 p.m. CT at Razorback Field. The match will air live on the SEC Network.

The LSU soccer program enters the 2020 season under the direction of first year head coach Sian Hudson. Laura Busby (1st season) and Seb Furness (1st season) are her assistants, and they are also joined on the bench by volunteer assistant Lindsey Balconi (1st season).

This will be the 27th meeting between LSU and Arkansas. The Tigers hold the all-time advantage in the series winning 14 of the previous 26 matches, including 10 straight from 2004-13. Arkansas has won nine times and there have been three draws. LSU defeated Arkansas in the 2018 SEC Tournament championship match to claim its first SEC tournament title in program history thanks in large part to Shannon Cooke’s equalizer late in the second half of the match. The game ended in a 1-1 draw after 110 minutes and LSU won the shootout with a 4-1 advantage.

LSU will be playing in its 26th season opener and owns a record of 16-9-0 all-time in the first match of the season. This will be LSU’s first ever season opener against an SEC foe, and the seventh time opening a season on the road. In LSU’s previous six road matches to start a season they hold a record of 4-2-0.

All-SEC performers Chiara Ritchie-Williams and Maddie Moreau will captain the squad. Ritchie-Williams is the most experienced player on the squad and has been a three-year starter prior to her senior campaign. She’s logged a career total of 5,548 minutes in 60 matches played during her first three years on the backline. Her lone career assist came during her freshman season in 2017 but she will be more involved as a whole this year as she makes the move to midfield. Moreau started all 18 matches of her freshman season playing primarily leftback. The sophomore from Youngsville, La., played a total of 1,689 minutes out of a possible 1,691 minutes. She scored her first collegiate goal at Georgia (Sept. 26, 2019) which helped LSU earn a 1-1 draw in Athens.

Tinaya Alexander has accumulated the most points on the squad during her first three years on campus. She has scored three goals to go along with 13 assists for a point total of 19 in 46 games played. Her junior season was cut short due to injury, and she will be the key cog in LSU’s attack this fall. Molly Thompson has 12 career points (5g & 2a) and her two goal, one assist performance in the 2019 regular season finale against Kentucky earned her SEC Offensive Player of the Week honors to close out the season.

Meghan Johnson (three goals), Shannon Cooke (two goals) and Rammie Noel (one goal) are the three other players who have scored goals for LSU in the past. Johnson’s first goal of her career gave LSU a 1-0 2OT victory over Navy last year on Aug. 25. Both of Cooke’s goals during her time at LSU came during the 2018 SEC Tournament, and Noel scored her first collegiate goal on Oct. 24, 2019, against Mississippi State. Noel is a versatile outside back that plays both sides of the ball at a high rate.

LSU’s backline will be headlined by Reese Moffatt and Maya Gordon at the centerback positions. Gordon is a tremendous marker and can stifle opposing teams top attacker, and Moffatt brings loads of experience on the backline with 41 appearances (35 starts).

LSU has 10 newcomers, six freshman and four transfers. Wasila Diwura-Soale is the most touted transfer having played in the U20 World Cup for Ghana in 2016; she has two years of eligibility remaining after transferring in from Lamar University. Mollee Swift and Savannah Mills made the trip from Colorado to Baton Rouge along with Hudson; Mills played under Hudson two seasons at the University of Colorado at Colorado Springs, and Swift played her freshman season at UCCS. Grace Haggerty is the fourth transfer and she will play a role on LSU’s backline in 2020. The six true freshman on the squad are Jordan Johnson, Cass Romero, Lauren Robles, Bella Zanotelli, Brooke Cutura and Abby Smith.

LSU’s goalkeeping corps will be made up for sophomore transfer Mollee Swift, true freshman Bella Zanotelli and redshirt freshman Grace McClellan. Whoever gets the starting nod will be making their LSU debut as none of the three have played at keeper for LSU yet.

LSU’s roster is made up of 16 returners from the 2019 season, and 10 newcomers. The Tigers have four seniors, nine juniors, five sophomores, and eight freshmen. LSU has six players on the roster from Louisiana, and a total of five internationals. The rest of the roster is comprised from around the country with four each from Florida and Colorado, two from Texas, and one each from Alabama, Nebraska, North Carolina, Minnesota, and New Jersey.