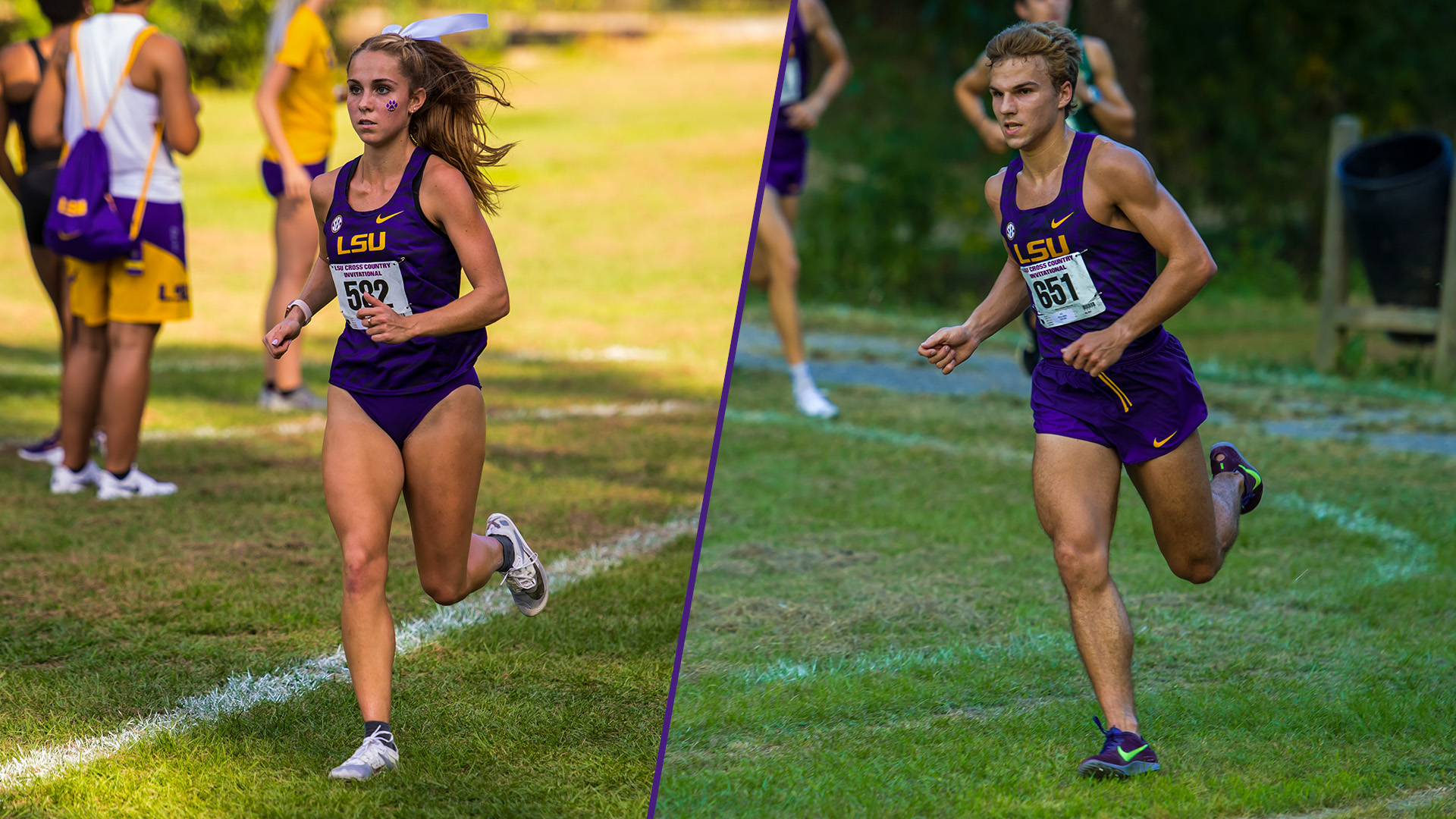 Baton Rouge, La. –  The cross country season will begin on Saturday, September 19 with the first meet of the season being hosted by the Tigers at the University Club.  The men’s squad will start the morning off by running the 6k at 9:00 a.m. CT while the women will follow up by running the 5k at 9:45 a.m. CT. The Tigers will be competing against fellow SEC schools Arkansas (M&W), Ole Miss (M&W), Texas A&M (M&W), and Mississippi State (W).

The SEC Preview Meet will be the first athletic competition LSU will have this fall as the schedules have been altered due to COVID-19.  The SEC requires that certain protocols be followed in order to ensure the safety of the athletes, staff, and fans for the cross country season.  All competing student athletes will be required to wear a mask/face gaiter at the start of the race but will be allowed to remove it once they reach the 800-meter mark in order to ensure there is adequate physical distancing.  All coaches, staff, and non-competing student athletes will be required to wear a face mask/gaiter prior to, during, and after the competition.  Fans in attendance will also be required to wear a face mask/face gaiter at all times.  For those planning on attending the SEC Preview, parking will be available at the L’Auberge Casino and Hotel where multiple shuttles will then transport fans to and from the meet.  The shuttles will begin transport at 7:00 a.m. CT and will end at 11:30 a.m. CT.

Like the men, the LSU women’s team will be returning everyone from last year’s squad.  The Tigers will be led by Katy-Ann McDonald once again as she was the team’s top runner last season.  The London, England native was the squad’s top finisher in all five meets she competed in last season.  Her best finish of the season came in the 5k race at the LSU Invitational where she ran a time of 17:24.4 and won the gold medal, leading the team to a title.  She was named to the 2019 All-Region Team for her 14th place finish in the 6k (21:21.7) at the NCAA South Central Regionals.  The Junior was also named to the 2019 All-Louisiana Women’s Cross Country Team for her impressive performances last season.  The women’s team will have redshirt sophomore Julia Palin back this season as she did not compete in 2019.  Palin was one of the top runners for the Tigers in 2018 as she scored in all six meets while being the top finisher in five of those.  She became the first female athlete in program history to be named the SEC Freshman of the Week after he silver medal winning performance in the 3-mile run at the 2018 LSU Invitational.  Her personal best time of 18:13.9 was the top LSU performance and helped the team claim the victory at the meet.

“Every year you want to be better than the year before” said head coach Houston Franks about building off of the team’s success from last year.  “It may not show right away but there will be a lot of improvement from last year and it’s really exciting.  The men had a really great summer as everyone stayed in good shape so it’s not like we have to start from ground zero.  It was unfortunate that we didn’t have an outdoor season in the spring because there were a few athletes who were about to breakout, but I think we are going to have a great season.”

“There were definitely some challenges, but I think we’ve done a good job of following the protocols.” Coach Franks said regarding the team getting ready for the season while working around COVID-19.” It was challenging for our international athletes having to quarantine before being able to work out, but the team has handled it very well.  We spend a lot of time during practice maintaining social distance, but this team will be ready to go.”

The 2020 SEC Cross Country Coaches Pre-Season Polls were released and the LSU men’s team is ranked 9th whereas the women’s squad sits in the 12 spot.  The Arkansas men’s and women’s teams are both ranked at the top receiving nine and 13 first place votes, respectively.  Their women’s team has won seven consecutive SEC titles and claimed the national title a season ago.  Both the men’s and women’s Ole Miss teams are ranked second in the preseason polls with the men’s squad coming off of two consecutive SEC championships.

Due to COVID- 19 the XC season has been shortened as the Tigers will compete in only four meets this fall.  After this opening competition in Baton Rouge, La. the Tigers will travel to Tallahassee, Fla. on October 2 to compete in the Florida State Invitational.  LSU will then travel to College Station, Texas to run in the Arturo Barrios Invite on October 17.  Finally, the Tigers will host the SEC Championships at the University Club in Baton Rouge, La. to finish the season.  The SEC Championships will mark the third time that LSU has hosted the event with the latest time being in 2006 where the Tigers finished in ninth place.  The full XC schedule for this fall can be found at lsusports.net