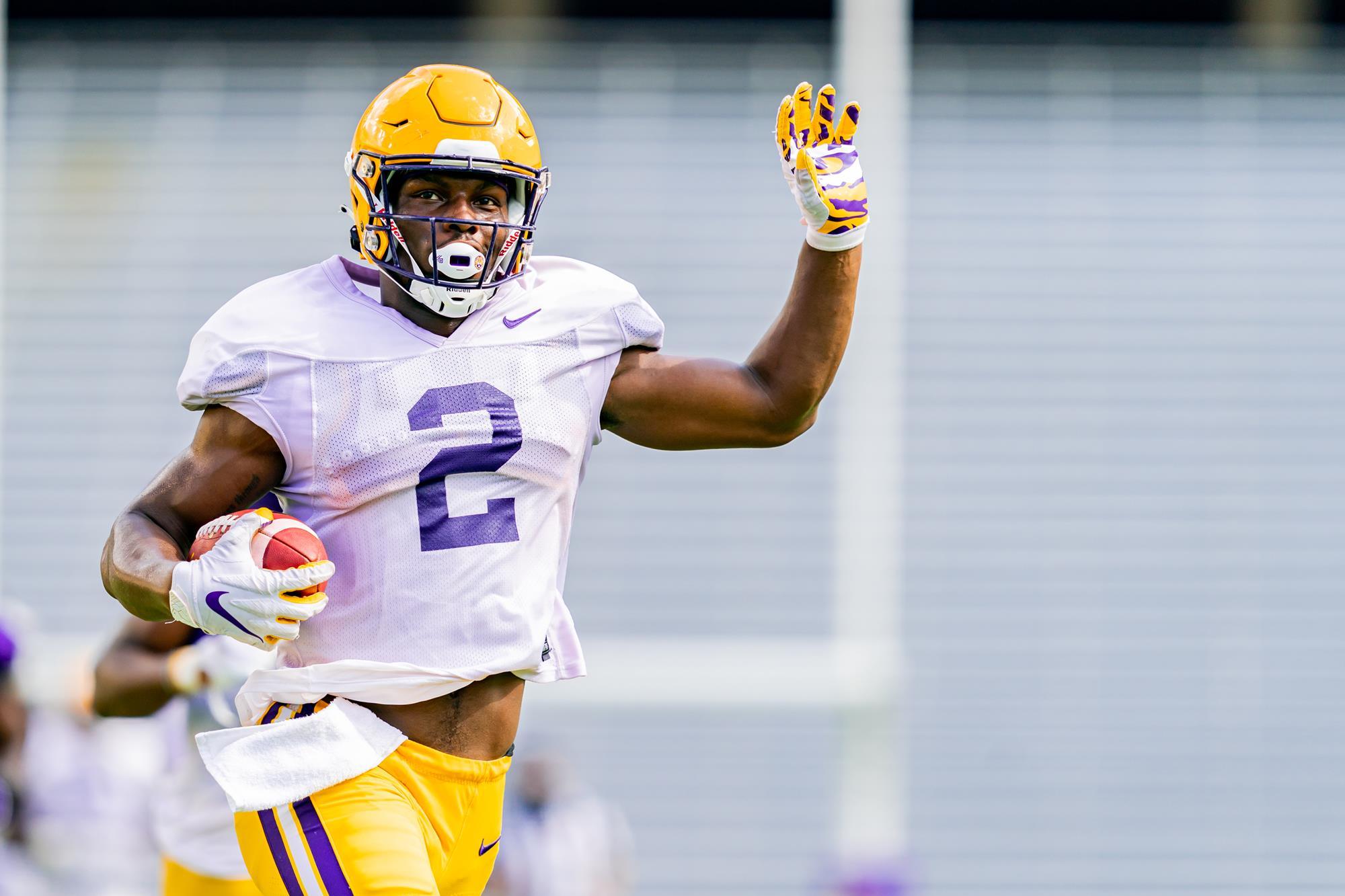 There were few in attendance for LSU’s second preseason game on Friday – parents and staff, mostly – but judging by the roar they produced on one particular play, you’d have thought it was Saturday night in Death Valley.

Arik Gilbert can have that effect.

A diving catch over the middle of the field, tightly contested by a defender but caught by LSU’s freshman tight end, elicited a collective gasp of awe from those gathered. What they glimpsed in one play is what the world, once the Tigers kick off in less than two weeks, will soon see, too. The roar they let out will soon echo far outside Tiger Stadium.

That’s because Arik Gilbert is a Freak. And not merely your run-of-the-mill, everyday Freak found in locker rooms across college football. Gilbert, the highest-rated player at his position in the history of recruiting website 247Sports, is your favorite Freak’s Favorite Freak, the guy who turns jaw-dropping talents into jaw-dropped observers, the one who turns mostly empty stadiums into dens of deafening disbelief.

It is unseemly for writers – in the humble and subjective opinion of this one – to overhype first-year players before they ever take the field in a college football game. Returning veterans deserve their accolades first, and rookies really should prove themselves before they start grabbing headlines. Heaping expectations and hopes upon freshmen can be premature and unfair.

But Gilbert’s teammates and coaches are making it very hard to ignore his potential – mostly because they can’t ignore it, either.

“I don’t think he’s missed a single pass since we started camp,” Brennan says, breaking out into a knowing grin. “He’s an outstanding athlete, and we are very, very, very” – three very’s! – “grateful to have him on the roster.”

He’s “eye candy” and Megatron reincarnate and has the chance to be “the best tight end to ever play college football.”

I don’t mean to overhype a freshman but his teammates are giving me no choice. pic.twitter.com/kWFvYEo14s

The Next Man Up in LSU’s passing game is unlike any who has preceded him. Physically, Gilbert already possesses NFL size and speed, a 6-foot-5, 249 pounder who runs like a sprinter but packs the punch of a prizefighter. His hands are reliable, and his ball skills are advanced. LSU’s produced pro talent at tight end in recent years, with Foster Moreau, Thaddeus Moss, and Stephen Sullivan all inking NFL deals in recent seasons, but Gilbert is a potential game-changer. The literal oohs and ahhs his catch generated Friday? He’s been doing it all fall on the practice field, except his teammates and coaches are the ones he’s been wowing.

“Arik is the type of tight end we’ve been looking for to stretch the field,” Orgeron says. “We ran a vertical route right up the field, he beat the Mike linebacker, touchdown. That’s a dagger in the heart of a defense. We can spread him out. He can play X, he can play Z. He’s a good player.”

Gilbert draws consistent comparisons to Calvin Johnson, the future Hall of Fame wide receiver who starred for the Detroit Lions for nine seasons. New Tiger passing game coordinator Scott Linehan coached Johnson – nicknamed Megatron for his own freakish abilities – from 2009 to 2013, and Orgeron has indicated LSU will use similar concepts with Gilbert in Baton Rouge that Linehan implemented for Johnson in Detroit.

“There’s been a couple times where Arik will run a route, and he’ll bang into me, and I have to absorb it,” said LSU safety Jacoby Stevens, no slouch at 6-foot-2, 230 pounds. “He’s a freak of nature. Coach O wasn’t wrong when he called him Megatron. He can move like a receiver, but he’s 250 pounds. That’s 250 pounds that’s running 4.4 speed directly at you.”

As dominant as Gilbert is physically, he’s impressed his teammates and coaches just as much with his attitude. They describe him as quiet, humble, and hard-working. He’s more blue collar than blue chip.

“He’s a tremendous young man,” Orgeron says. “I believe I was in the office Sunday and he was studying tape on his own. Very, very driven. I think he’s going to be an excellent player for us.”

Since missing the spring with an injury, Gilbert has exploded behind closed doors in the fall. Orgeron said he scored two touchdowns in LSU’s first preseason game, and he hauled in more than one outstanding grab in the second outing.

Coach O on scrimmage No. 1:

Perhaps it’s too soon to expect Gilbert to produce immediately at the SEC level. His circumstances are far from ideal, with a 10-game conference only slate and the restrictions created by a pandemic. And, as easy as it is to forget by watching the way he works and performs, he’s just a freshman. He’s still learning his position, catching three passes for 34 yards Friday and inspiring Orgeron to state, simply: “We need to get him the ball more.” It takes time to adjust to a new level. Patience must precede production.

Tell that to his teammates. Gilbert may be a freshman, but he’s a Freak, too. And with more than 4,000 yards, 300 receptions, and 45 touchdowns gone from last season’s pass-catchers, LSU needs him to be freaky, fast.

“The ceiling for him is so high,” said linebacker Jabril Cox. “If he continues to get better, he can be the best tight end to ever play college football. It’s only up to him and his hard work.

“Arik Gilbert, he’s going to be a special one.”

It’s high praise, but it’s not blind praise. It’s based on what they’ve seen with their own eyes and heard with their own ears. That’s how they know: the oohs and ahhs that filled Tiger Stadium Friday?

They’re only going to get louder.