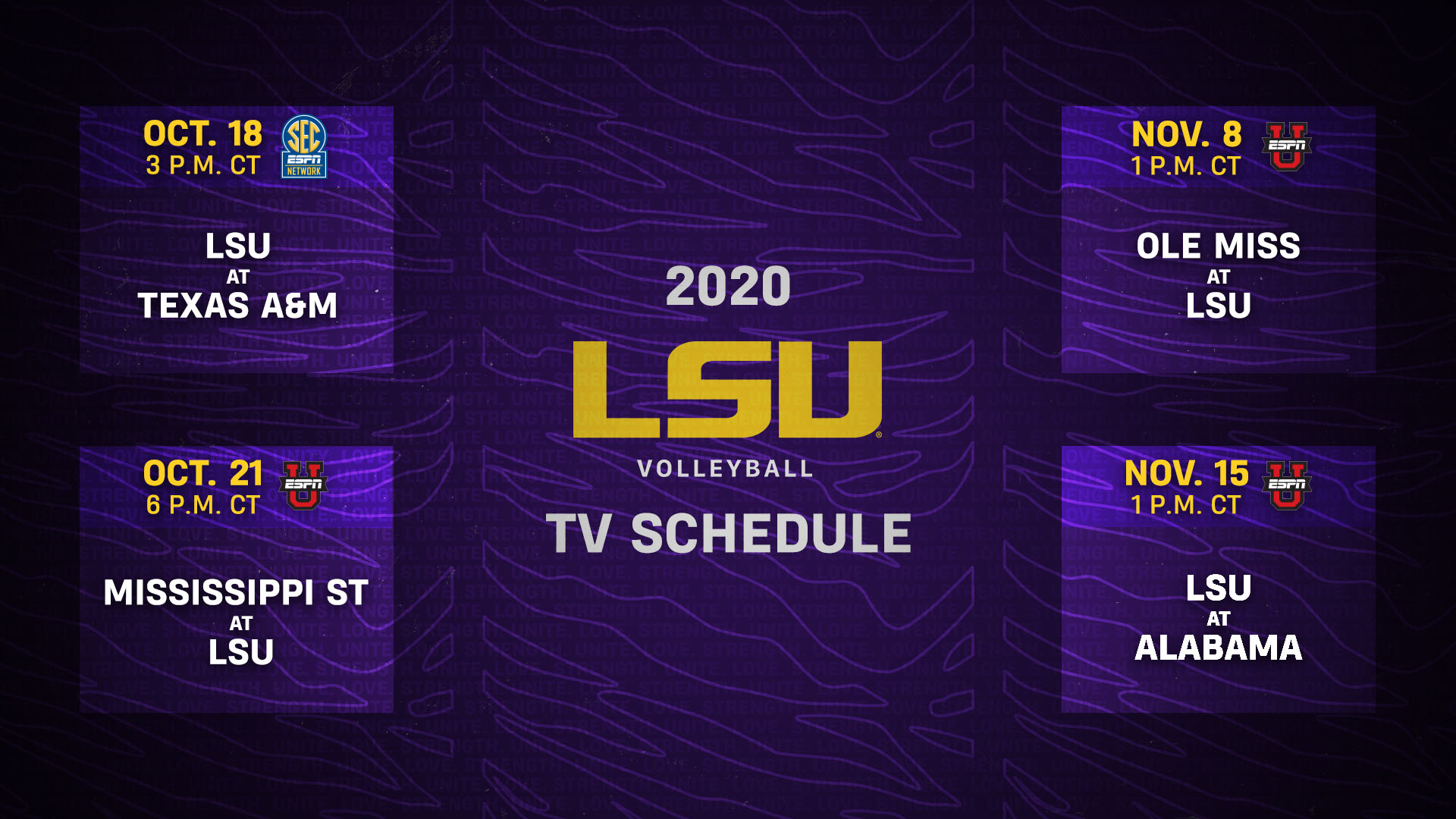 BATON ROUGE – ESPN announced plans Monday morning to feature four LSU Volleyball matches on television during the 2020 season, including one match on the SEC Network and three on ESPNU.

The Tigers’ four other matches, although not televised, will still be available to be streamed online via the SECNetwork+, meaning fans will be able to watch all eight of LSU’s matches this Fall.

LSU’s first televised match of 2020 will be the Tigers’ second match of the season on Sunday, October 18 at Texas A&M. That match will air on the SEC Network with first serve set for 3 p.m. CT.

When LSU hosts Mississippi State three days later on Wednesday, October 21, ESPNU will carry the match with a start time of 6 p.m.

After a bye week, LSU is set to host Ole Miss. The match on Sunday, November 8 will be carried on ESPNU and is slated to begin at 1 p.m.

The Tigers’ final match of the Fall is Sunday, November 15 at 1 p.m. with ESPNU set to televise the season finale.

In addition to LSU’s four televised matches, the Tigers’ other four matches of the Fall are set to be streamed on SECNetwork+. Those matches include October 17 at Texas A&M, October 22 vs. Mississippi State, November 7 vs. Ole Miss and November 14 at Alabama. Start times for these matches are yet to be determined.

LSU is bringing back much of its production from last year’s team including the team leaders in kills, blocks, digs, sets and service aces all return from last year’s squad. Additionally, a good majority of offense and defense will return to the court such as 96.3-percent of assists, 91.4-percent of digs, 88.1-percent of kills and 83.3-percent of blocks. This freshmen class of four was rated No. 22 in the country by PrepVolleyball.com.