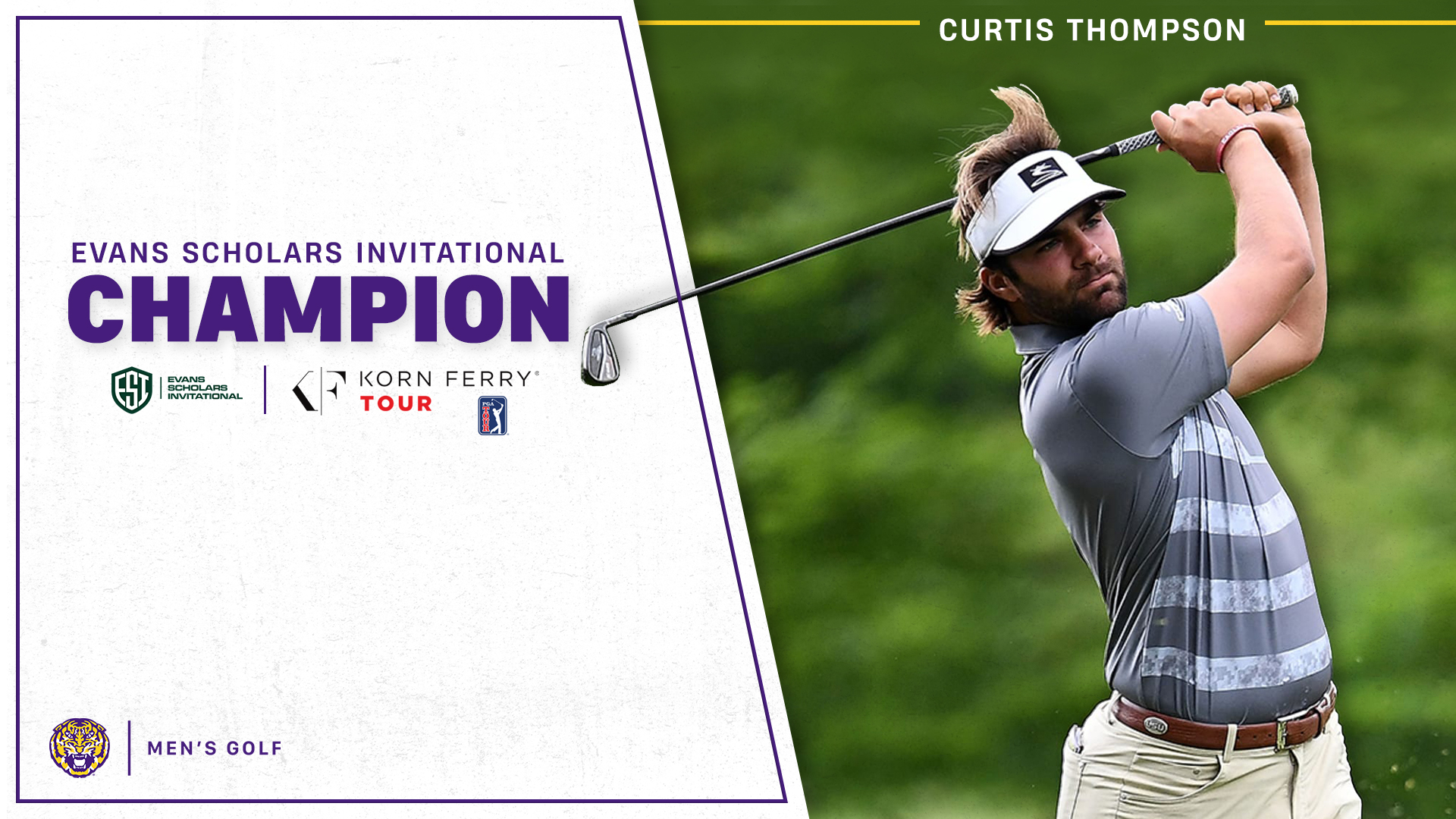 “Very happy to be the champion here in Chicago,” Thompson said via a social media post on the Korn Ferry Tour’s Twitter page after the round. “Thank you to the Korn Ferry staff, my family, friends and wife for supporting me through all this time.”

Thompson fired rounds of 68, 65, and 68 to hold a three-stroke lead after 54 holes at 15-under par. He started his Sunday round with back-to-back bogeys, but he didn’t let that deter him from achieving a feat he had never accomplished. He carded birdies on Nos. 5 & 7, both par 5s, to close out the front nine at even par 36.

A birdie on the par 3 13th moved him to 1-under on the round and 16-under overall. Entering the 16th at 16-under, Thompson needed a birdie on one of the final three holes to win the event. After two near birdies on Nos. 16 & 17, he cashed in his 20th birdie of the tournament on the par 5 18th to secure the win. He averaged 305.4 yards per drive on the tournament and that sure came in handy on the 72nd hole. Thompson was able to reach the green in two and left himself 30 feet for eagle. It was a beautiful lag putt inside a foot for a tap-in birdie that resulted in him getting to 17-under for the tournament.

Thompson played for LSU from 2011-14 and averaged 72.81 strokes per round of 102 rounds of play for the Purple and Gold. The scoring average over 72.81 is the eighth-lowest career scoring average in LSU history. He was a key cog in LSU’s run to the national semifinals at the NCAA Championships in 2014. Thompson recently graduated from LSU with his degree in business in August of 2020.