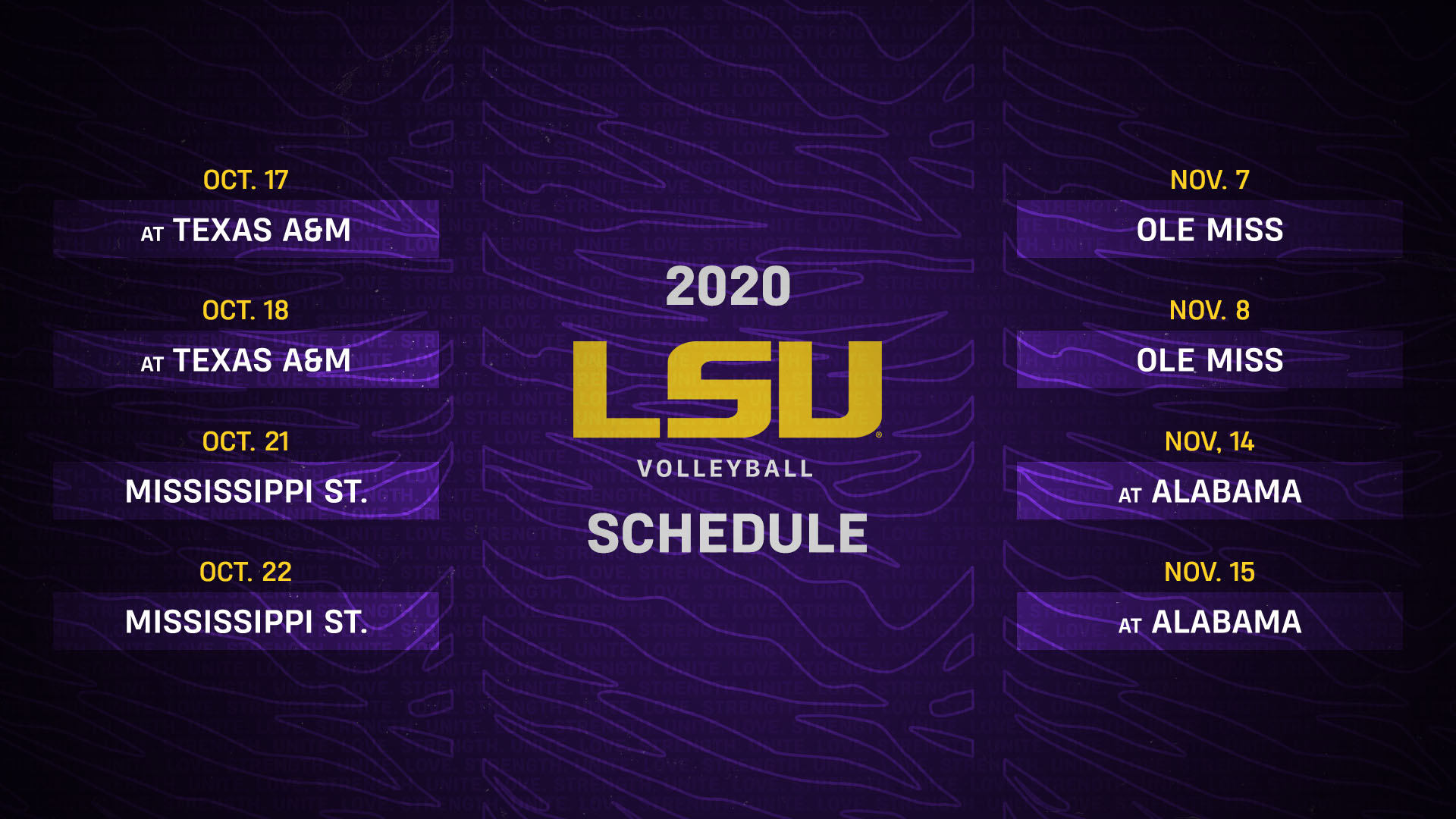 BIRMINGHAM, Ala. – The Southeastern Conference made the 2020 Fall Volleyball Schedule official Wednesday morning, approving a slate of eight matches for every team in the conference.

In August, the conference announced that the 2020 Volleyball season would consist of an eight-match, conference only schedule over six weeks of competition. Each school is set to compete against four opponents, twice on the same weekend in back-to-back days against the same team.

LSU will face Texas A&M, Mississippi State, Ole Miss and Alabama throughout the season. Last year the Tigers went a combined 5-1 against those four opponents.

LSU will open the season in College Station against the Aggies on October 17 and 18. The Tigers will have their first home match three days later when Mississippi State comes to Baton Rouge for matches on October 21 and 22.

Following a bye week, LSU will be at home again to face Ole Miss November 7 and 8. The Fall season will conclude for the Tigers on November 14 and 15 when LSU travels to Alabama.

The following week will officially be a bye for the Tigers and the final week of the season (November 23-27) is reserved for any potential makeup matches.

SEC volleyball teams will participate in spring competition as well, with details of formats contingent on final decisions by the NCAA to conduct spring championships.

“Our team is excited to have the opportunity to compete this Fall,” said LSU Head Volleyball Coach Fran Flory, entering her 23rd season. “We appreciate the work that our administration, our medical staff and the SEC has invested into allowing us the chance to put on our uniforms and represent LSU on the court.”

The Tigers opened practice on August 7 and now have a schedule to prepare for. LSU is bringing back much of its production from last year’s team including the team leaders in kills, blocks, digs, sets and service aces all return from last year’s squad. Additionally, a good majority of offense and defense will return to the court such as 96.3-percent of assists, 91.4-percent of digs, 88.1-percent of kills and 83.3-percent of blocks. This freshmen class of four was rated No. 22 in the country by PrepVolleyball.com.