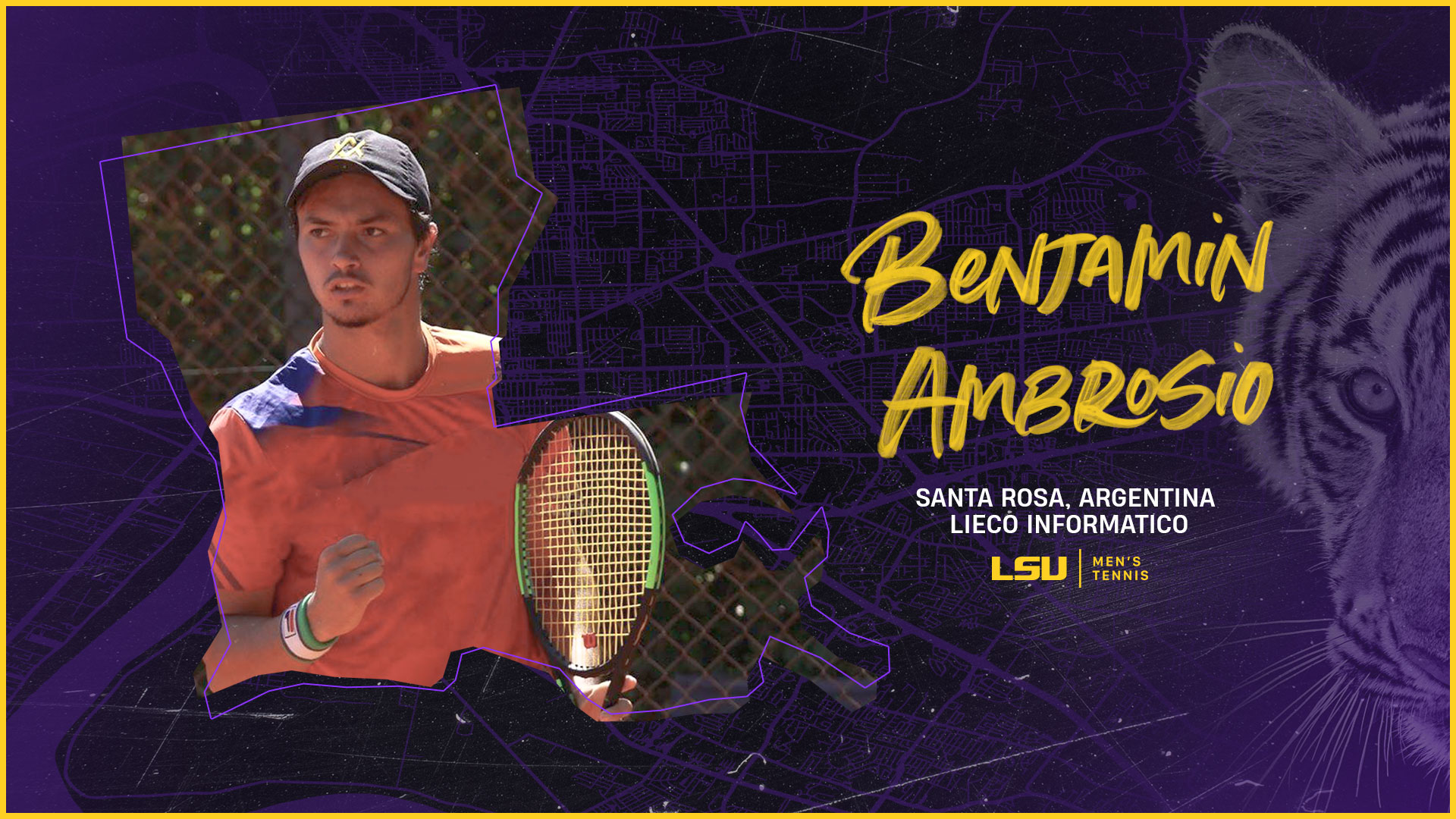 BATON ROUGE— The LSU men’s tennis team officially announced the commitment of Benjamin Ambrosio Friday afternoon. Ambrosio will come to LSU as a freshman and be eligible to compete in January of 2021.

At the national level, Ambrosio was ranked No. 3 in Argentina in the Sub-16 category. He was also the doubles champion at the National Masters.

“Benjamin [Ambrosio] is a big hitter who is not afraid of hard work. He’ll come in and immediately push everyone by grinding day in and day out,” Co-head coach Chris Brandi said. “We’re really excited to have him join us in January. Ambrosio rounds out a very talented class this year for the Tigers.”