It's Next Man Up for Orgeron and the Tigers 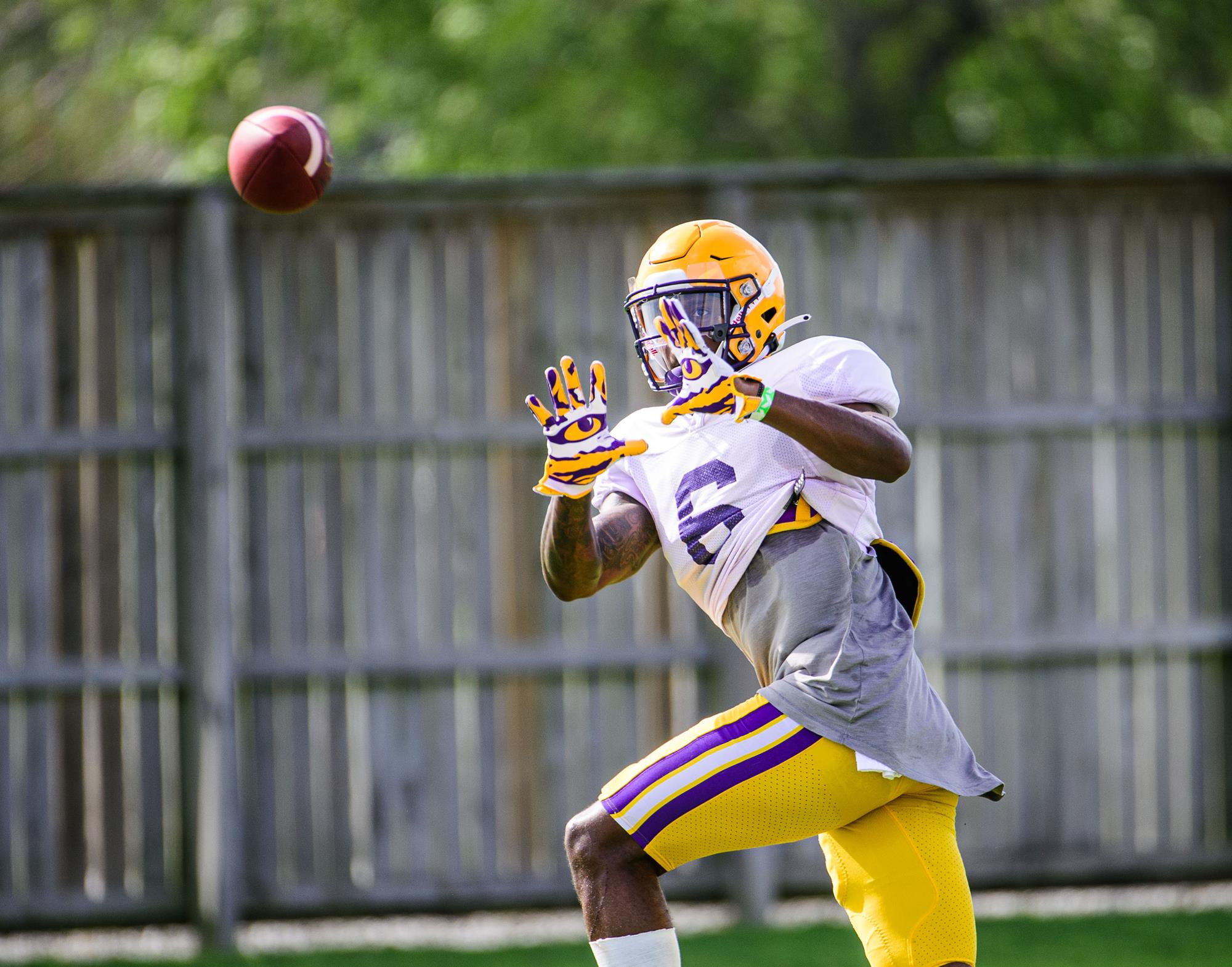 If Ed Orgeron had his druthers, he wouldn’t need to replace Ja’Marr Chase and Tyler Shelvin.

But if any position group could absorb the loss of two starters, it’s wide receiver and defensive line.

Monday’s practice was the Tigers’ first without Chase and Shelvin, both of whom opted out of the 2020 season for personal reasons. Orgeron understood their decisions, and though no coach wants to replace first-stringers weeks ahead of the season kickoff, he feels good about the depth on hand.

“Those guys obviously talked to their families and made a decision,” Orgeron said Tuesday during a virtual press conference with reporters. “Guys are going to opt out for different reasons. That’s the time we live in it, but we have guys that are going to step up. There are some opportunities for new guys to come in. And we have a good roster that can handle that.”

At receiver, Orgeron is counting on junior Terrace Marshall to build on a productive 2019 season. The Bossier City, La. native caught 46 passes for 671 yards and 13 touchdowns in 12 starts, missing three games due to injury. Marshall caught five touchdown passes in the postseason for the Tigers, and he led the nation in touchdown percentage, with 13 of his 67 targets leading to LSU scores.

“A guy a lot of people don’t talk about who is a great player is Terrace Marshall,” Orgeron said. “There’s 200 balls between (Justin Jefferson) and Ja’Marr that’s got to be caught, and these guys are eager to catch them. Kayshon Boutte, Koy Moore, those guys have stuck out. Jontre Kirklin, Racey McMath, Terrace Marshall – this is their time.”

They forgot about Terrace Marshall.

Orgeron singled out Boutte, a five-star freshman from Westgate, as a recent standout in practice. McMath, meanwhile, will likely benefit from increased targets as the Tigers’ second receiver, while Kirklin adds a shifty, speedy presence in the slot. Add in freshman tight end Arik Gilbert, who Orgeron has praised on numerous occasions this fall, and the talent remains abundant in the passing game for LSU.

“I think that what you’re going to see is guys are going to step up,” Orgeron said. “There’s going to be one new superstar that we don’t know about, because it’s his time.”

On the defensive line, Glen Logan and Apu Ika will likely emerge as the starter inside, backed up by a talented crop of newcomers. Orgeron is excited by the play and talent of Jacobian Guillory and Jaquelin Roy – whom Orgeron said in July “looks like an NFL player already” – in the trenches, and Joe Evans is back on the defensive line after an impressive stint on the offensive line.

“Jacobian Guillory had an outstanding practice yesterday,” Orgeron said. “Man, the guy made plays. Jaquelin Roy, those guys are going to have to play for us. And what we did is, I’m going to tell you that this was a hard decision – Joe Evans was doing really, really good on offensive line. I mean, really, really blocking well, I talked to him today. I think that he has a chance to play on defense. So we’re going to move him to the defense today to add some depth, especially inside.”

Before Monday’s practice, Orgeron’s staff meeting focused on the turnover from last year’s roster to this year’s. The Tigers have lost 34 players from last season, but Orgeron knows how to bounce back from losses. He pointed to the program’s 2017 loss to Troy, calling it “one of the most important games we’ve played since I’ve been coach here.”

“Whatever this team ends up to be, my job is to get them to be the best that they can be. I think that when you coach that way, and when you approach it that way, and you get better on a daily basis, the process is going to take care of the results.”

Tuesday’s practice took on its usual energetic tone, but the tenor was different. Competition Tuesday had a new meaning – players battling rep after rep, snap after snap, knowing spots were up for grabs. The focus was not on who was gone, or what the future held. It was about winning the play at hand.

Tuesday started a new month…
Football will be back soon. pic.twitter.com/OjFBe37IsC

“Next man up,” Orgeron said. “That’s why we’ve got to recruit. That’s why you’re at LSU. We have some good young players that can play. I know our guys are going step up. It is a lot of turnover, but it’s a great challenge for our staff.”