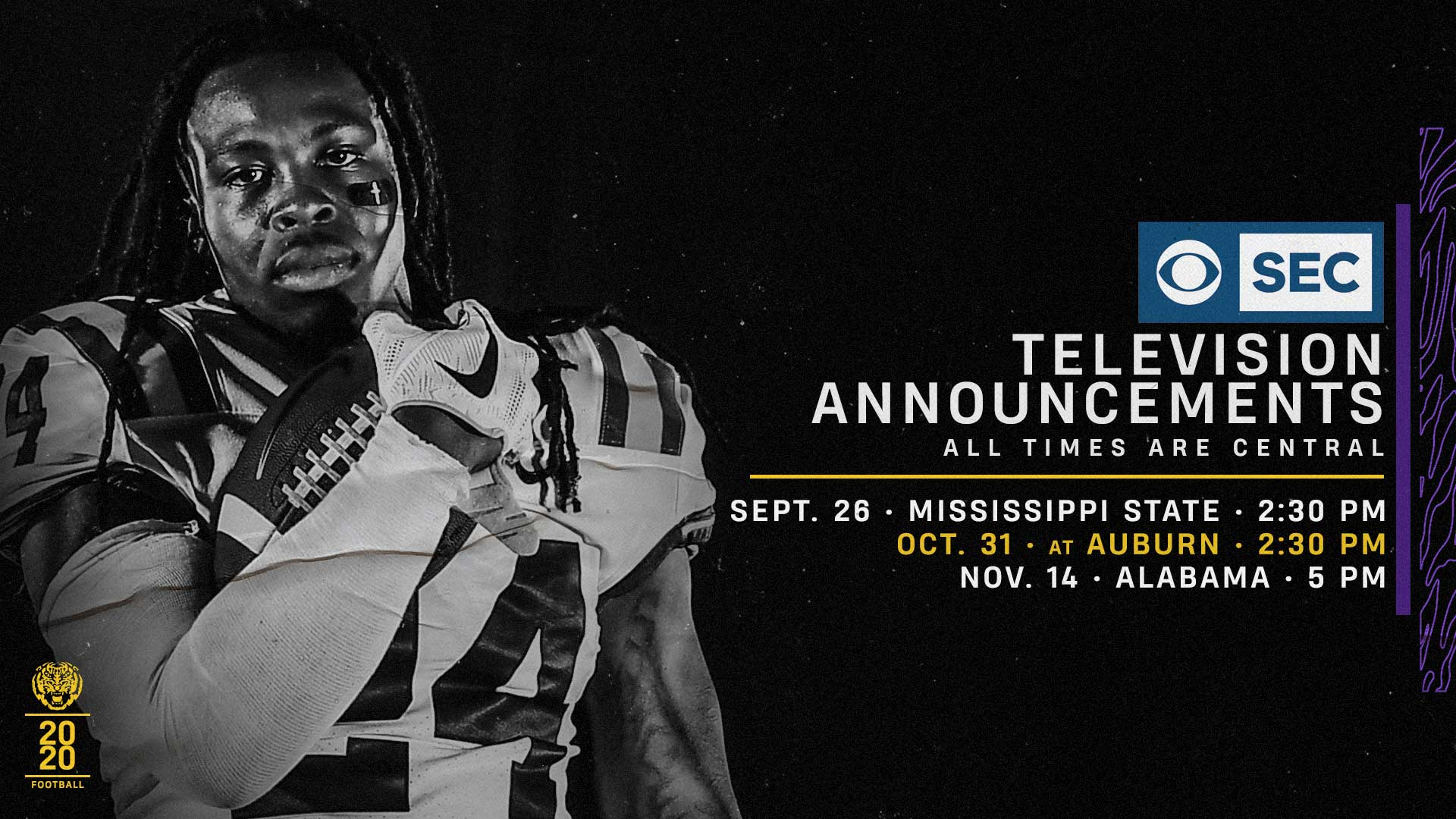 BATON ROUGE – LSU’s season-opener on Sept. 26 against Mississippi State in Tiger Stadium will be televised by CBS and will kickoff at 2:30 p.m. CT, the network along with the Southeastern Conference announced on Tuesday.

In addition to the Mississippi State contest, CBS will televise LSU’s game at Auburn on Oct. 31 as well as the Alabama game in Tiger Stadium on Nov. 14. The Auburn game will kickoff at 2:30 p.m. CT, while the LSU-Alabama game will carry a 5 p.m. CT kickoff.

CBS has selected games for the first two weeks of the SEC football season and four other games later in the fall.  Given the unique circumstances of this season, the SEC requested that its television partners make advanced game selections where possible prior to the start of the season to assist the Conference and schools with planning and logistics. For any games not chosen before the start of the season, the normal 12- or six-day selection process will be used during the season.

Additional kickoff times for early season games to be televised by ESPN, ESPN2, ESPNU and the SEC Network will be announced soon.

The 2020 SEC football season will be comprised of a 10-game Conference-only schedule and the SEC Football Championship Game will be played December 19 at Mercedes-Benz Stadium in Atlanta, rescheduled from the original date of December 5. The schedule will include one mid-season open date for each school and an open date on December 12 for all schools.